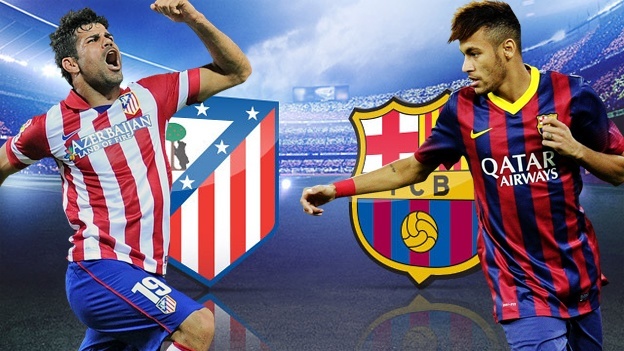 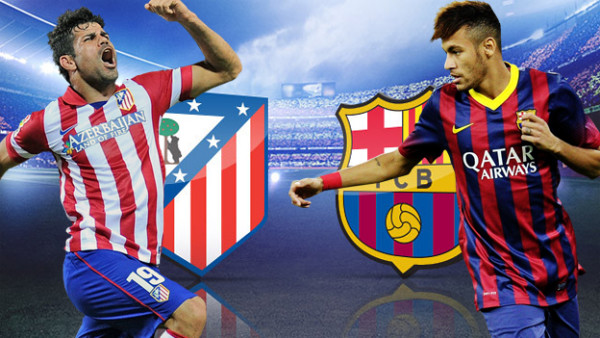 After the conclusion of 21 weeks of football in the Spanish top flight, Barcelona and Atletico Madrid have 48 points each as they occupy the first and second spots respectively. Incidentally, the two teams have both won 15 matches each and have both shared points on three occasions, although Barcelona have a game in hand against Sporting Gijon scheduled to be played in February.

This weekend the league leaders will be up against each other at the Camp Nou and it promises to be an enticing encounter as the championship remains hard to call just yet and both teams appear to slog it out until the final weekend like they did in the 2013/14 campaign when Los Rojiblancos took home the title at Barcelona’s home on the final day of the season.

Barcelona head into the game this Saturday on the back of a 3-1 win over Athletic Bilbao in the second leg of their Copa del Rey quarter-final fixture that sealed their passage into the last four after a 5-2 aggregate win, while Diego Simeone’s men suffered a 3-2 defeat at the hands of Celta Vigo and were ousted from the competition.

Luis Enrique’s side appear in strong form with three successive league wins, and the fact that the Catalans have been able to field Arda Turan and Aleix Vidal since January has given some breathing room to the over-exerted first team regulars and it bodes well for this weekend’s fixture. Turan was acquired in the summer from Atletico Madrid and he is all set to play a key role in the fixture on Saturday.

At the Vicente Calderon outfit, the Turk was a key player for Simeone, who used the 28-year-old as a wide midfielder. Turan would come inside when his team were in attack to give them an outlet through the middle, and when they would lose the ball he would hog the right touchline as Atletico Madrid kept two lines of four men behind the ball. At Barcelona, the Turk is expected to play a similar role as his inclusion in the team will allow Barcelona to maintain width along the flanks when Lionel Messi drops in the centre, and the natural style of Turan will mean that he is a better fit for the role than Ivan Rakitic, who has been used in the same role in the past.

Atletico Madrid acquired a wealth of attacking players in the past year and have the likes of Jackson Martinez, Angel Correa, Luciano Vietto, Antoine Griezmann and Fernando Torres to call upon. However, unfortunately for them, apart from Griezmann and to some extent Correa, none of the other forwards have hit their stride. The Frenchman continues to score the bulk of their goals but in order to do well against a team of Barcelona’s calibre, they would require more attacking threats than alone in-form forward.

However, the defence is where Atletico Madrid are the strongest and they have only conceded eight times in the league, to have the best defensive record of any team in the top four European leagues, meaning that the Barcelona forwards have quite a task on their hands this weekend.

All in all, it promises to be an enticing battle that should give us a small clue as to which direction the Spanish league title is headed come May.