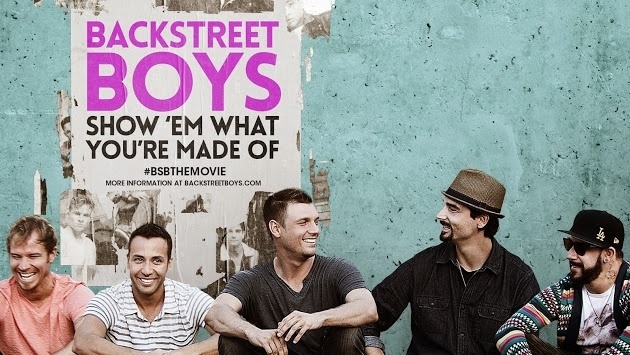 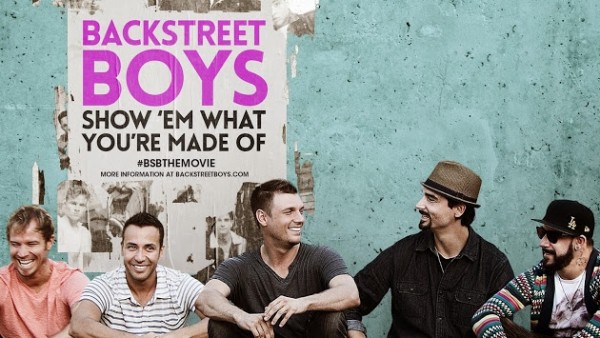 Netflix always has me hooked with their large library of top-rated documentaries. After watching and reviewing the Netflix made documentary “What Happened, Miss Simone?” I was eager to jump in to another great one. That was when I decided to take a trip down memory lane and watch the documentary Backsteet Boys: Show ‘em What You’re Made Of.” As a tween, my mother and I bonded over BSB music, concerts and videos. I was curious to see where the guys were after virtually falling off the map for a while.

I was fully prepared for a half-ass retrospective that covered their early days and ended in an extensive ‘where are they now’ segment. Thankfully, what I got was much more. The documentary was produced by BSB itself and was 100% honest. They didn’t try to make themselves look like the greatest group of all time. They listed their all of their accomplishments. Sure, who wouldn’t when you’ve accomplished so much? It was done in an extremely humble and non-gloating way.

The film is very nostalgic, and if you’re an old or current fan of theirs because it takes you back to where you were in your life when you heard their music for the first time. It follows the guys from when they first got together in Orlando and were put together by mega producer (and eventual con man) Lou Pearlman to their current 20 year anniversary tour.

The early behind the scenes videos were cute and reminded you that everyone has to start somewhere. One of the intimate moments of the documentary was when you got to see each person’s early beginnings. Most of them had happy and healthy childhoods, performed in school plays, etc. One of the rawest moments is shown when Nick Carter breaks down outside of his childhood home recounting his upbringing there. He apparently came from a very abusive household where random gun shots and shouting were common. Then he went to school and was bullied as well. It wasn’t until a special teacher encouraged him to get involved in the stage that he found an outlet.

This segment reduced me to tears. For anyone who’s experienced bullying at any point in their lives you could feel that the tears and the hurt he was displaying were real. The overwhelming sadness he experienced from the abuse going on at home was real and came from deep down inside of him. It brought up my own memories of being bullied in school which might have also contributed to my water works. I think it’s brave that Nick let his pain be seen so plainly on film.

The other tear-jerking moment was when Kevin shared how his father past away suddenly from cancer while he was in Orlando following his dreams. The men weren’t afraid to cry on camera and it gave the documentary a much deeper more honest feel then being just a montage of footage.

A.J. briefly, but honestly, talked about his descent into drug and alcohol. Although this stage in his life is well documented, it’s nice to hear his side of the story. He discussed how he sunk in to addiction because he was looking for a new identity while being in a group so he picked a bad boy image. His band mate Howie said he thought he was a rock star when he was really in a boy band. He burned out hot and fast like a rock star and should be grateful that he’s alive. He entered rehab, but it seemed to cost the group a big slowdown in their career.

Show em’ What You’re Made Of sadly confirmed once again that the music industry is a fickle one and can sometimes cost them everything. The men talk about how they were robbed out of millions of dollars by their producer Lou Pearlman. They also expressed betrayal when learning about how Lou was also producing N’Sync behind their back.

They felt N’sync was created so that if they ever dropped the ball, N’Sync was there to pick up the pieces and keep Pearlman’s bank accounts overflowing. I remember back in the day how guilty I felt when my fickle tween interest wandered over to N’Sync. I most likely was just in love with Justin Timberlake (still am) but I can say that I never abandoned the Backstreet Boys. It was a cruel reminder to the boys very early on that we all are pretty expendable.

The soundtrack to the film was pretty diverse. I heard music from their early days to their more recent cuts and even music I’d never heard of before which was pretty cool. This movie is really a love letter to their fans. They let us into round table moments (one particularly intense one where Brian and Nick unleashed some long built up drama), some of their most painful moments and their struggles with their personal life. What more could you ask for?

Even if you weren’t a die-hard fan of the Backstreet Boys, I’d still watch this film for a very uplifting experience. No one’s journey in life is easy even when their dreams are coming true. I enjoyed this documentary just as much as the recent Nina Simone documentary. They both proved that music and the certain pain that comes with it is part of the beauty of life.