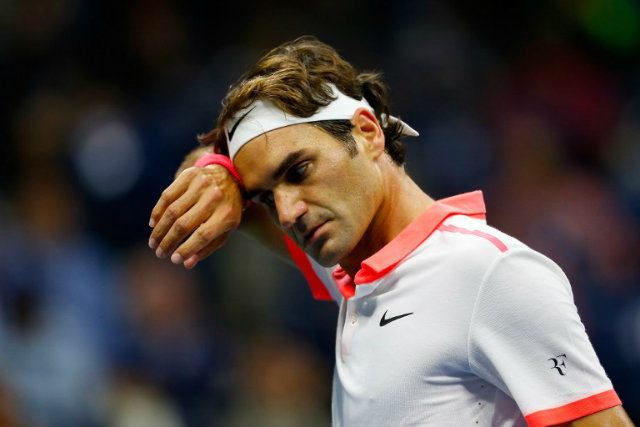 Roger Federer‘s much-maligned 2016 tennis season continued with bad news on Monday. Federer announced that he will not be playing in the Madrid Masters this season following a back injury suffered in a recent practice.

“Sorry to the tournament for coming and leaving without playing,” Federer stated. “I arrived, and I was okay, and then I practiced on Saturday and hurt my back a little bit in practice and then stopped early.”

The back injury follows ample missed time already this season as Federer injured his knee while running a bath for his daughters earlier this year. That injury required surgery that kept him off of the competitive courts until the American hard-court swing. However, even when he was ready to return, he bumped into another problem as he missed the Miami Masters with an illness. While Fed did play in Monte-Carlo, he did not beat anyone of note.

The ranking implications of missing Madrid are not severe for Federer. Last year he only made the round of 32 at the event which means only 10 points will go undefended. However, he’ll need to be in tip-top shape next week at the Rome Masters, a tournament that he made the final in last season. If he should miss that event or falter early then, it might set him up for a ranking slide.

Furthermore, the start of the 2016 French Open is just weeks away now, and Federer has to be considered a major question mark. The injuries this season are certainly very out of character for him as he is one of the most resilient players of all time on the ATP Tour. However, he will turn 35 years old this summer, and it is starting to look as though age is definitely catching up with him. Even if he is ready for both Rome and Roland Garros, it’s not clear at all how so little match play in 2016 will affect Fed’s game given that suffering lengthy/multiple injuries is a new experience for him.

When it comes to the Madrid draw, Federer, who last won the event in 2012, has been replaced with lucky loser Marcel Granollers. Perhaps Granollers could be called a very lucky loser as not only does he get into the draw, but he essentially gets Federer’s seed. The players that won their qualifying matches will have to toil away with their first-round hurdles while Granollers, despite losing in qualifying, advances directly to the second round of the main draw.

Prior to Federer pulling out, there had been an emerging showdown between he and Rafael Nadal. Granollers isn’t quite as threatening as Federer, so in-form Rafa now looks all the stronger to make the final now with the highest-ranked player in his quarter now out.