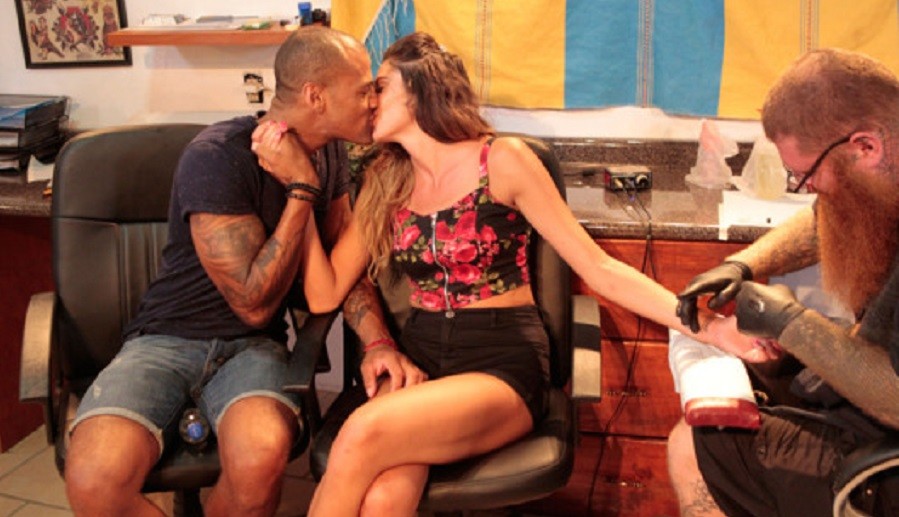 This week ABC is wrapping up the 3rd season of its reality series Bachelor in Paradise. In Monday’s episode, the bachelors are put in control of handing out the roses. Meanwhile, one bachelor makes a decision that leaves his fellow cast mates in shock.

The last person to arrive in paradise is Tiara Soleim from Ben Higgins’ season. You may not remember her by name, but if you are a fan of The Bachelor, you will surely remember her as the “Chicken Enthusiast.” Unfortunately, almost as soon as she arrives in paradise Tiara realizes that everyone is already paired up. Subsequently, she winds up giving her date card to Nick and Jen (after Nick convinces her to do so). 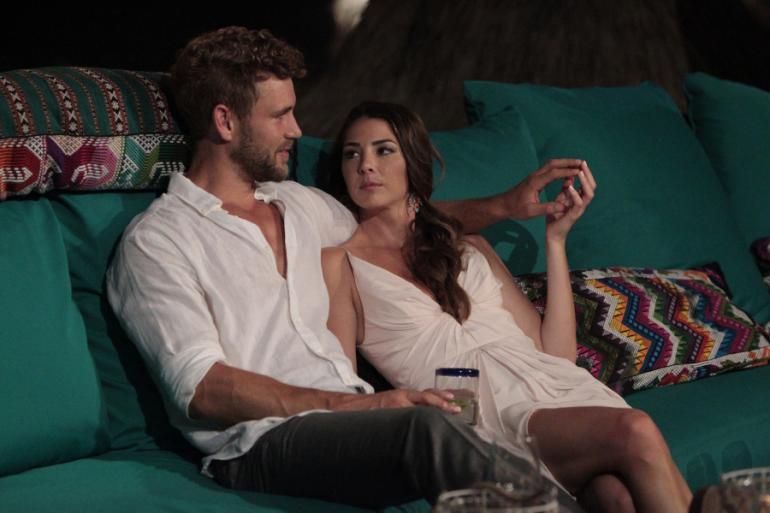 Despite ABC’s recent announcement that Nick will be the next Bachelor, Nick claims that he can “definitely see a future with Jen” after going on a date at a nearby carnival.

Back at camp, Brett talks with Lauren and tells her that he wants to continue to build a connection with her. In confessional, Brett admits that he has moved past what he had with Izzy. Thus, he is now dreading having to tell Izzy that he is more interested in Lauren – especially since Izzy ended things with Vinny in order to be with him.

Brett pulls Izzy aside and confesses that he is planning to spend the remainder of his time in paradise with Lauren. In tears, Izzy runs off to tell the other cast mates what had just happened. Izzy tells the others that she feels completely stupid that she let what she had with Vinny go [for nothing]. Not long after, Izzy decides to hail a car and leave paradise. While in the car, Izzy calls Vinny and tells him that she made a “huge, huge mistake.” Unfortunately, Vinny responds by telling her that “all [his] feelings went out the window” after she fell for “some guy with a lamp.” He ends the conversation telling her “there’s no coming back from what happened [between us].”

Prior to the final traditional rose ceremony of the season, Ashley, Shushanna and Jami are all left vying for Wells’ rose. Surprisingly, the seemingly confident Shushanna decides last minute to leave paradise. In confessional, she explains, “I don’t fight for guys – I don’t fight for love.” In confessional, Carly expresses her own theory of why Shushanna opted to leave, saying that it seems as though she merely wanted to protect herself from rejection.

The next day, host Chris Harrison tells the remaining 10 paradise dwellers that it is time to put their relationships “to the test.” He tells them that they all have the day to decide if they want a key to the infamous “Fantasy Suite.”

The guys and the girls break up into their own groups and talk about their potential impending last dates in paradise. While Carly is busy freaking out that Evan might pull a ‘Kirk’ on her (note: Kirk blindsided her and broke up with her out of nowhere at this point in paradise last season), Wells tells the other men that he does not feel comfortable taking Ashley into the “Fantasy Suite.” Surprisingly, Ashley says in confessional that she is “very excited” about the idea of having Wells “locked in a room” with her. 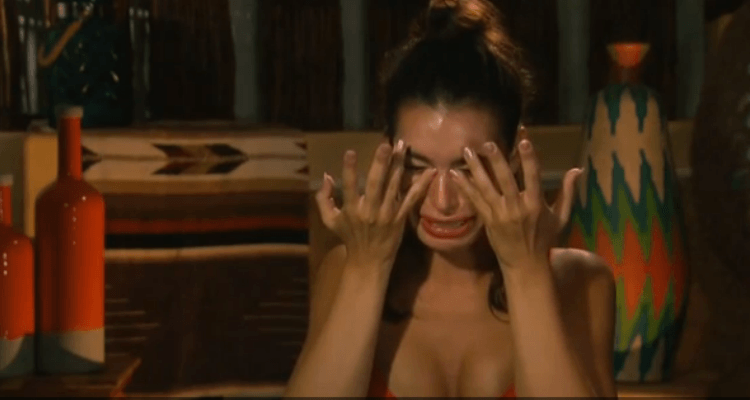 Ashley pulls Wells aside and talks to him about their potential one-on-one date. Wells explains to her that he thinks they are not ready to take such a big step in their relationship, as everything is still very new between them. Unfortunately, this upsets Ashley, and she inevitably leaves in tears. They both exit paradise, leaving only four couples contemplating the overnight dates.

All four of the remaining couples – Lace and Grant, Nick and Jen, Amanda and Josh, and Carly and Evan – head out for one last day date together in an attempt to solidify their relationships.

Grant and Lace actually end up walking into a tattoo parlor, where they both get “Grace” inked on them (a combination of both their names). While hesitant at first, Lace walks out notably happy about her new tat.

Nick and Jen enjoy a paddle boarding date, Carly and Evan do some weird body-painting activity, and Josh and Amanda play a soccer match with some local kids (conveniently allowing for Josh to show Amanda he is ready to be a part of her kids’ lives).

The episode ends off with the four couples going on romantic dinner dates. Evan and Carly express their love for each other and opt to go into the “Fantasy Suite.” In confessional, Carly claims that if Evan proposed to her tomorrow, she would say ‘yes.’ Meanwhile, Nick and Jen talk openly about the fears they have regarding the possibility of them continuing their relationship while living on opposite ends of the country. Nonetheless, they too end up going into the “Fantasy Suite.” Lace finally tells Grant that she loves him too, and they take advantage of the overnight date. Lastly, Amanda and Josh confirm their love for each other and go to the “Fantasy Suite.” In confessional, Amanda says she knows “for sure” that she wants to marry Josh.

You can catch the season finale of Bachelor in Paradise tomorrow, Tuesday, September 6th on ABC.

Tomorrow on Bachelor in Paradise:

All four of the couples arrive at the final ceremony in paradise. Here, one bachelorette is left completely devastated.