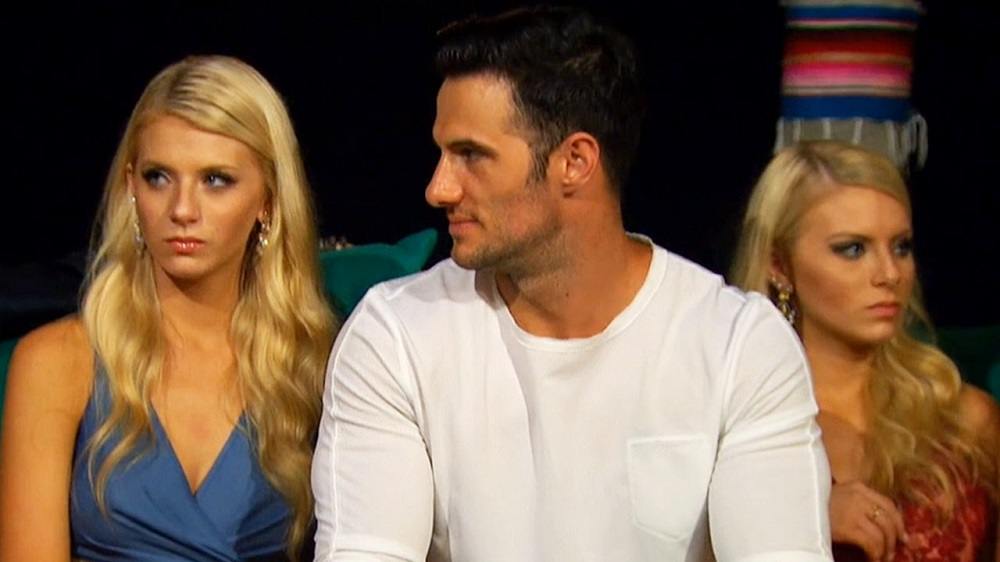 On Monday’s all-new episode of ABC’s Bachelor in Paradise, a bachelor’s ex tampers with his ability to further his relationship with a fellow castmate. Meanwhile, two pairs go on a party boat date together, while a new match-up enjoys a romantic horseback ride.

The episode picks up where it left off last week, as Jared is in the midst of telling Ashley that he is “not romantically” interested in her. He then slams her for being so “unfair” to him and thinking that coming to paradise would end in any other way for her. Inevitably, Ashley goes straight into a crying fest, but Jared stands his ground and goes to reassure Caila that his eyes are still locked on her.

With all of the other cast mates coupled up, Daniel is the only one whose rose is up in the air. The twins Haley and Emily, Sarah and Ashley end up being the ones hoping that Daniel will keep them around. In an attempt to win Daniel over, Sarah bakes him a cake for his “half birthday.” Daniel admits that Sarah’s kind gesture is the “smartest and coolest thing [he’s] seen in a long time.” Not long after, Haley goes in for the kill and pulls Daniel aside. She ends up kissing him – not out of love, but out of desperation to stay in paradise.

At the rose ceremony the obvious couples pair up: Lace and Grant, Josh and Amanda, Nick and  Jen, Vinny and Izzy, Evan and Carley, Jared and Caila. Daniel wins up awarding his rose to Haley (and subsequently Emily), sending both Sarah and Ashley home.

While Sarah graciously accepts her fate and leaves the camp, Ashley is not willing to give up on finding love so easily. She asks her car driver to stop and gets out of the vehicle. She ends up walking in as the remaining bachelor and bachelorettes are busy toasting with one another. Ashley asks them whether they would grant her a second chance, as she promises that she will no longer pursue Jared. Surprisingly the paradise cast mates decide to grant Ashley her wish and allow her to stick around.

The morning after the male-run rose ceremony, Florida firefighter Carl King (from Andi Dorfman’s season) arrives in paradise. With his date card, Carl ends up asking Emily to join him. Emily happily accepts and confesses that she thinks Carl is “hot.” Brett Melnick, another former contestant from Andi Dorfman’s season, also joins the cast in paradise. Right away, Izzy shows interest in Brett, despite the fact that she has already formed a solid relationship with Vinny. However, Brett asks Caila on a date, and she contemplates whether she wants to accept or not. Inevitably, Jared is upset that Caila is thinking about Brett’s date invitation – which causes for Caila to waiver on what she should do. Nonetheless, in the end, she decides to join him, and they go on a double date with Emily and Carl. Jared confesses to Carley that he literally feels like he is “going to throw up” thinking about Caila going on a date with another guy.

The foursome, Carl, Emily, Caila and Brett go on a romantic booze cruise. Almost right off the bat Emily and Carl hit it off. Emily is clearly overjoyed, especially seeing as this is the first date she has been invited on since being in paradise. Meanwhile, Caila has fun dancing around with Brett but realizes that she feels no romantic spark with him. She ends up regretting going on the date and upsetting Jared.

Back at camp, with Caila on the date with Brett, Ashley contemplates whether she should try to pursue Jared once again (completely ignoring the fact that she just promised her cast mates that she would not do so). However, once Caila comes back she reconnects with Jared and Ashley is heartbroken to see that Jared is falling in love with another girl right before her eyes.

Following Brett and Carls arrivals, a third bachelor comes into the mix. Ryan Beckett, from Kaitlyn Bristowe’s season of The Bachelorette, makes his grand entrance into paradise. Jared tries to convince Ryan to take Ashley on a date – claiming that their personalities would mesh well (in a desperate attempt to get Ashley off his back). However, Ryan opts to ask Haley to go on a horseback riding date with him.

Meanwhile, Lace and Grant further their strong bond while talking in the jacuzzi. Grant confesses to her that he “loves” her, which is a very big step considering they have only been ‘dating’ for mere weeks (roughly 4). In confessional, Lace admits that hearing Grant say he loves her is the “best feeling” she could ask for in paradise. While she doesn’t say it back, she does say that she is without-a-doubt falling in love with Grant.

On the other hand, things get murky between Vinny and Izzy, as Izzy’s crush on Brett grows. In fact, Izzy winds up pulling Brett aside and confesses her feelings for him.

The episode ends off with a fireworks show between Izzy and Vinny. Vinny becomes rightfully upset after he hears that Izzy confessed her feelings to Brett. In confessional, Vinny explains that earlier in the day he thought he was going “to leave [paradise] with Izzy – but now [he] doesn’t think [they’ll] ever be the same.” 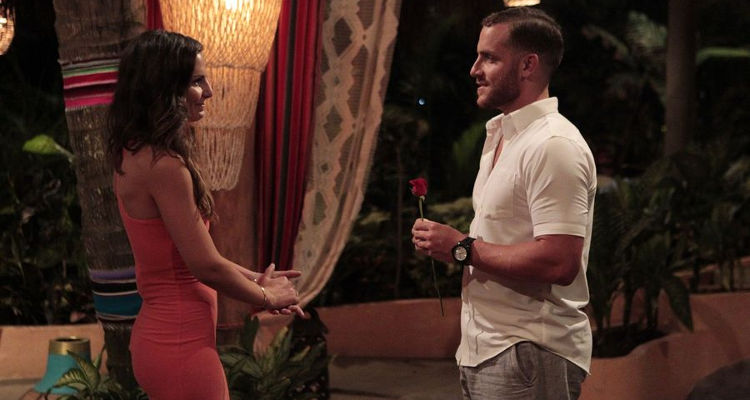 The next day, Vinny tells the other men that he is absolutely “crushed” by the whole situation – especially since he was under the assumption that he and Izzy were one of the most solid couples in paradise. He tells them that he is not willing to be Izzy’s “second choice” just because she is currently infatuated with Brett.

The episode closes with Vinny asking for Izzy to give him some closure to their short-lived romance.

A former Bachelor in Paradise couple arrives at camp to surprise this summer’s cast mates. Meanwhile, a bachelor decides to leave paradise after realizing he was misled to believe his relationship was something that it clearly was not.