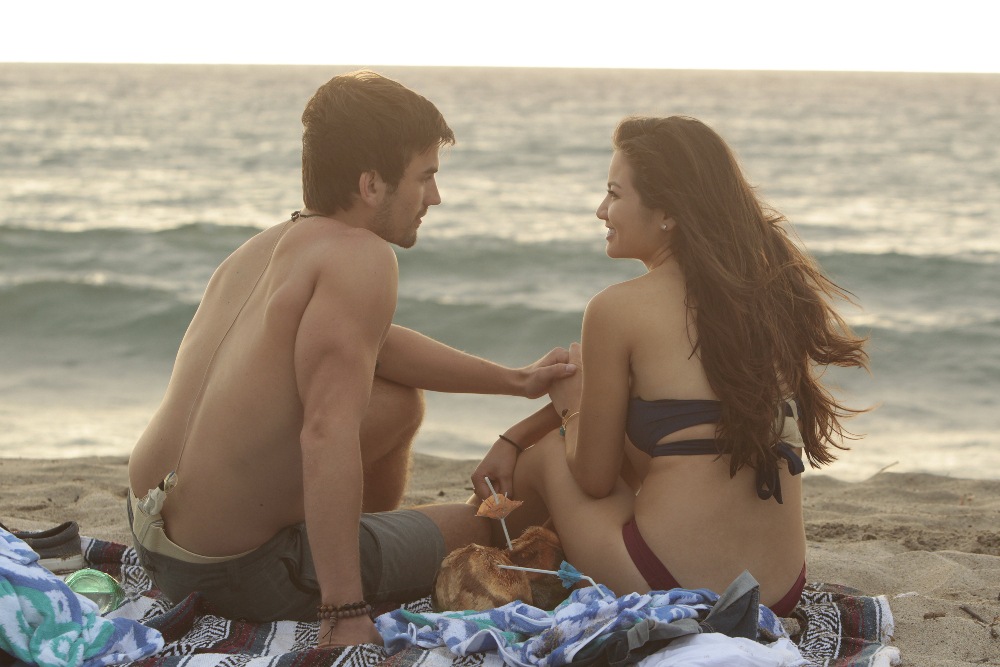 ABC’s Bachelor in Paradise continued this week with a newly single bachelor trying to capture the heart of an already taken woman. Meanwhile, two paired up couples go on a date altogether.

The show picks up where last week’s left off, as Evan is seen approaching Amanda while she is in the midst of making out with Josh. Evan presents his “self-made date card” and claims that it was given to him, and he was instructed by it to invite Amanda on a tree house date. While on their impromptu date, Evan confesses that he came to paradise in hopes of connecting with Amanda. Out of pity, Amanda tells Evan that she wishes he would have come to her sooner. However, she is now wanting to explore what she has with Josh.

Prior to the rose ceremony, Evan decides to once again steal Amanda away. He takes his second one-on-one chat with her as an opportunity to talk to her about Josh’s ex-fiancée Andi Dorfman’s tell-all book. Evan warns Amanda that she needs to be careful, as there were claims in the book that Josh was verbally abusive. Once Josh finds out that Evan was talking to Amanda about Andi’s book, Josh proceeds to pull Evan aside and insists that the book was a “fictional story.”

Nevertheless, the rose ceremony finally arrives. Of course, Amanda hands her rose to Josh, Carly unexpectedly decides to give her rose to Evan (she insists that it is platonic, but Evan seems to be think differently), Lace gives hers to Grant, Izzy gives hers to Vinny, and Emily opts to hand her rose to Jared. Haley contemplates saving Brandon – who was not able to tell her apart from her twin Emily in the last episode – however; she decides to save Nick instead. Lastly, Sarah gives her rose to Daniel and breaks Christian’s heart after their “most amazing date.” Thus, Christian and Brandon are sent packing.

The day after the rose ceremony, Caila Quinn from Ben Higgins’ season arrives in paradise. With a date card in hand, she pulls several of the men aside to see which one she wants to invite on the outing with her. Much to Emily’s dismay, Caila decides to invite Jared on her date. Even Carly admits that after spending all of last summer in paradise with Jared she has never seen him light up like he did when Caila walked in.

Before accepting Caila’s date invitation, Jared pulls Emily to the side and tries to soften the blow. He politely tells her that he would regret it if he didn’t take up the opportunity to explore things with Caila. While Emily half-heartedly gives him permission to go on the date, she is left in tears once he walks off. Emily confides in Nick saying that she is very worried about Caila and Jared, as Ben Higgins was very intrigued by Caila when she was on The Bachelor.

Meanwhile, Jared and Caila go on a horseback riding date along the beach. Caila can’t help but comment how “manly” Jared looks while galloping along on his horse. In confessional, Jared admits that his date with Caila is probably the best date he has ever had in paradise. Unfortunately for Emily, Jared and Caila really hit it off. For the first time, Jared is finally seen making moves and is clearly excited about the potential of his relationship with Caila.

Back at camp, the show introduces the first ever double-date card. Lace, Grant, Izzy and Vinny are granted an outing, in which they all go to a private dinner before heading to a club foam party. While at the party, Lace gets upset when a fellow female partier pour water all over Izzy. However, she is notably touched when her man Grant comes in and saves the day.

Sarah and Carly are left bonding over the fact that they haven’t established a strong connection with anyone in paradise. In confessional, Carly admits that it is frustrating to see everyone else finding love while she is just left in the dust.

In an attempt to get in on the romance (and just have some fun for once), Sarah and Carly make their own double date with Evan and Daniel. As much as Carly has made it clear she is not interested, Evan continues to express his interest in pursuing a relationship with her. However, when he attempts to go in for a kiss she completely dodges out of the way. 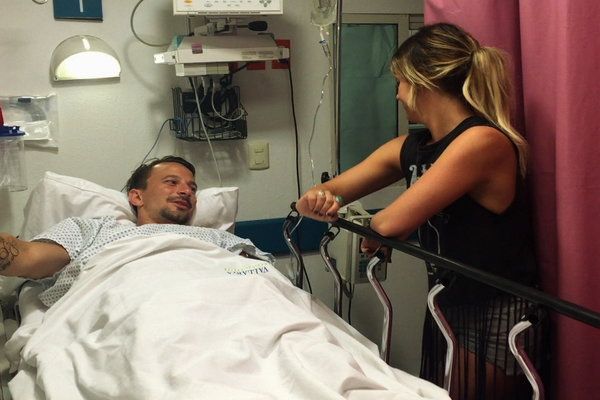 At the very end of the episode, the medics are called in as a producer on the show finds Evan unresponsive in his bed – as he clearly had a bit too much to drink. Carly rushes to Evan’s aid, despite the fact that she turned him down not too long ago. In the end, Evan and Carly wind up hooking up and it is left for us to ponder whether the whole medical emergency was merely a ploy of Evan’s creation.

You can catch more Bachelor in Paradise tomorrow, August 16th on ABC.

An infamous bachelorette comes in and shocks all of the other cast members. A bachelor is worried that the presence of his ex will negatively impact his blossoming romance.