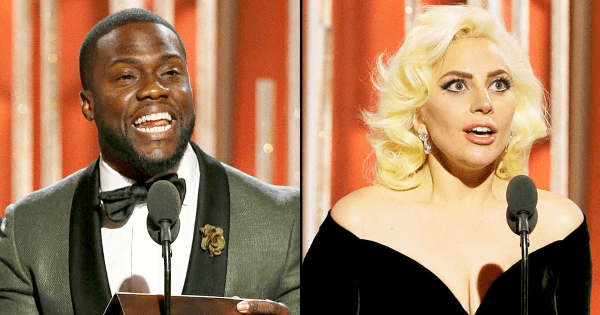 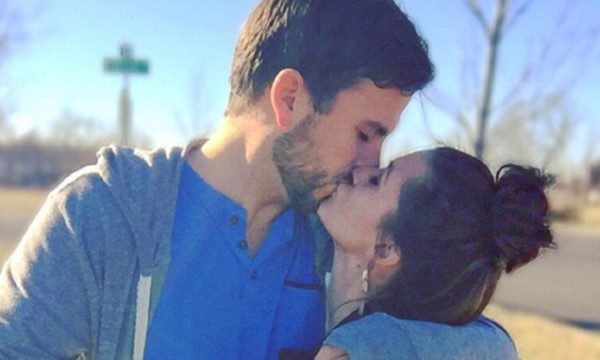 With the latest season of The Bachelor just kicking off, it isn’t surprising that ABC is already plotting what their next franchise installment will be. On Monday’s Bachelor Live, which is the new after show that runs after The Bachelor, former contestants Jade Roper and Tanner Tolbert made an appearance to reveal some pretty big news to bachelor nation.

On the show, the couple explained that they are planning to get married within “the next few weeks” and they are going to be doing so on national TV! You may recall that Jade and Tanner met on last summer’s season of Bachelor in Paradise. Jade, who came off of Chris Soules’ season and Tanner, who was rejected by Kaitlyn Bristowe, instantly paired off on the reality show and were seemingly inseparable throughout their paradise experience. The show even concluded with Tanner getting down on one knee and proposing to Jade (who of course said yes).

Therefore, it isn’t much of a stretch that Tanner and Jade have now agreed to air their wedding ceremony on ABC. In addition, it has been reported that the duo even asked host Chris Harrison to officiate the wedding, following in the footsteps of previous Bachelor in Paradise couple Marcus Grodd and Lacy Faddoul.

Bachelor fans have now two weddings to look forward to…Jade and Tanner, as well as Shawn and Kaitlyn (who have yet to reveal any details about their upcoming ceremony) and most likely plenty of divorces in the future as well. 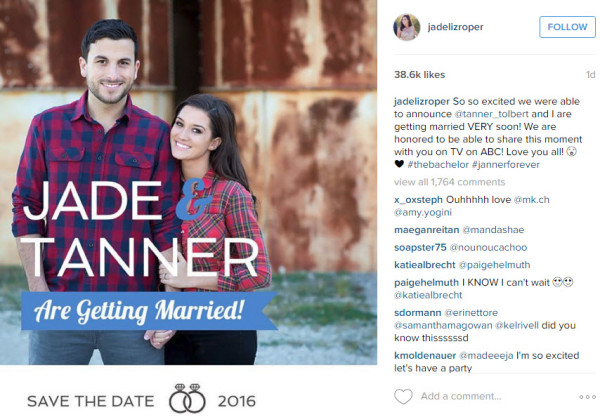 Although Lady Gaga had an incredibly successful night at the Golden Globes, where she awarded “Best Performance by an Actress in a Limited Series or TV Motion Picture” (for her role as The Countess in American Horror Story: Hotel), according to host Kevin Hart he saved her from turning the whole night into a disaster.

On Tuesday, Kevin visited the Ellen show, where he revealed to the talk show host that he saved Lady Gaga from what could have been a very embarrassing mishap. Kevin explained, “what people don’t know is after she got the award she was walking off [and] she fell. I had to catch her.” He went on to say, “And when I caught her I said, ‘I just want you to realize how big my arms are…it could have been bad. It could have been really bad for you, but I saved your life.” 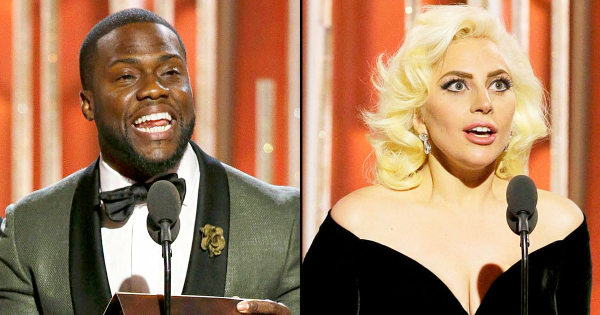 Ellen questioned the comedian’s story, asking, “How far did she fall?” In which the comedian joked, “I didn’t let her go down that far because I’m a hero.” Going on to say, “The thing is like she was on her way down. It could have been brutal, you know? We’re talking blood, broken bones. But my inner hero in me grabbed her, and my instincts kicked in. And I immediately cleared the camera, ‘Move!’ and then I had her and she was gasping for air. It was a moment.”

And while Kevin is most likely exaggerating his heroic event, if the story is even moderately true it could have been a pretty embarrassing moment for Gaga. However, even without a fall, Gaga was able to create a viral moment when she surprised Leonardo DiCaprio on her way up to receive her award.