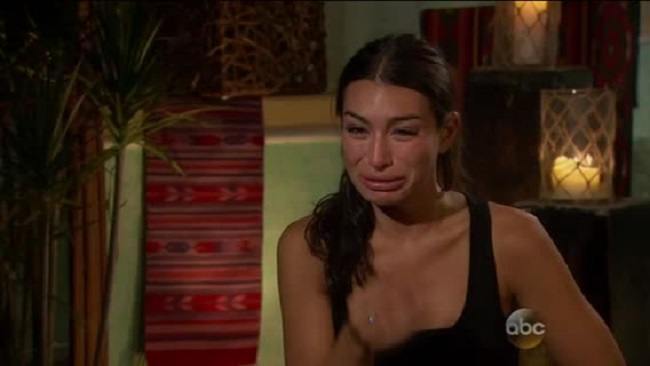 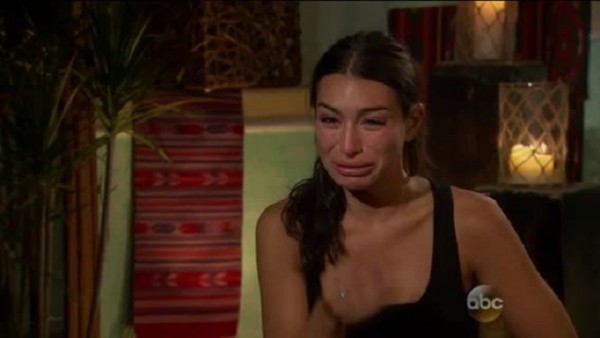 As we enter the finale of the second season of Bachelor in Paradise, the show manages to throw every twist and turn they can.

The show begins with Ashley I. and Jared, who are on a date that is followed by a fantasy suite. Although Jared doesn’t seem to into Ashley, he agrees to join her in the fantasy suite. During the one-on-one camera Ashley ponders the thought of losing her virginity to Jared saying, “I’m a virgin because I was waiting for the right guy, for love. I like Jared a lot. He may be that guy.” Seems like Ashley may have forgotten that Jared tried breaking things off with her like two weeks ago, when he revealed he was still hung up on Kaitlyn Bristowe.

The last shot we see of Jared and Ashley is of them sitting awkwardly on the bed. The cameras pan away and leave it unclear whether they got intimate with each other or not.

The next day, Jared and Ashley return to paradise. A group of their fellow cast mates ask them how the date went and unfortunately Jared doesn’t seem too enthusiastic as he barely mumbles an answer. However, Ashley was a bit more hyped claiming it was “so good!” She is then seen confessing to the one-on-one camera saying, “[Jared] looks perfect sleeping. He is amazing and I am in love with Jared!”

Unfortunately, Jared has a whole different perspective on the date as he tells the other guys that “nothing really happened” in the fantasy suite and that he is nervous about breaking things off with her, as he doesn’t think she is “going to take it well.”

Jared was definitely accurate when he predicted she wasn’t going to take the “break up” well. He tries to let her down gently, but right away she gets emotional. He ends up leaving Paradise early, as he wants to ensure Ashley is not “suffering” because of him for any longer. As he drives away, Ashley continues to cry to all her cast mates on the beach, saying she will never find someone like Jared again.

Meanwhile, Mikey decides to trust his feelings and break things off with Juelia, as he doesn’t feel a strong romantic connection with her. He tells her “I came back here for you. You know that. And I really, really wanted to see where we could go. I think the world of you. I think that you’re the sweetest, nicest person and I mean that genuinely.” Going on to break the news saying. “There’s been times where, because you’re such an awesome person, that I’ve been almost forcing it.”

Unfortunately, Juelia is caught completely off guard, as she was just previously shown saying how grateful she was for her blossoming relationship with Mikey. She breaks down to the camera saying, “I was finally feeling something and it lasted for like, a day.”

Despite the sad fate of multiple couples, there are still a few relationships that are just beginning in the last week of the show. Cassandra, a new addition to Paradise, shows up and winds up asking Justin on a horseback riding date. After the date Cassandra admits, “I’ve been looking for a guy like Justin forever.”

In addition, Nick ends up convincing Jaclyn to give him her unused date card so that he can take Samantha out. They end up on a luxurious dinner date, although Nick looks a lot more into it than Samantha. It’s the last week in Paradise and something tells me Samantha is just doing whatever it takes to get a rose, not necessarily find love.

Back at camp, Carly and Kirk seem to be going strong as they talk about marriage, kids and their future together.

Chris Harrison approaches the gang and tells them it is time for the final rose ceremony. He explains that the guys will be handing out the roses to someone they can “see a future with” and are willing to be “committed” to.

This announcement leads to Ashley I. deciding to leave early as she explains, “I’m leaving on my own because yesterday I cried about Jared, this morning I cried about Jared, and tomorrow I’ll cry about Jared.” In the car, she tells her sister over the phone that she hadn’t lost her virginity, but claims she got “close enough.”

At the rose ceremony, Kirk gives his rose to Carly, Tanner to Jade, Joshua to Tenley. Nick to Samantha, and lastly Justin gives his rose to Cassandra. Dan, who didn’t feel he had a connection he could honestly commit to, decides to leave without handing out his rose. Lastly, Mikey offers his rose to McKenzie, but unfortunately she declines and they both end up leaving Paradise.

Although the cast members “dropped like flies,” the big shake-up occurs the day after the final rose ceremony.

Chris Harrison gathers the remaining couples (Kirk/Carley, Joshua/Tenley, Tanner/Jade, Nick/Samantha and Justin/Cassandra) and tells them that they will be given a romantic one-on-one date that is followed by a fantasy suite.

All of the girls are visibly excited for the fantasy suites, including Jade and Carly who both say they feel completely comfortable with their men.

Unfortunately, Kirk begins doubting his relationship with Carly. He tells the fellow guys, “I’ve had a few doubts over the last few days – well, week – and I can’t do it to her anymore.” Going on to say, “last night she talked about having my kids. I’m not there. I’m way behind where she ‘s at. I can’t let it go on any longer.” 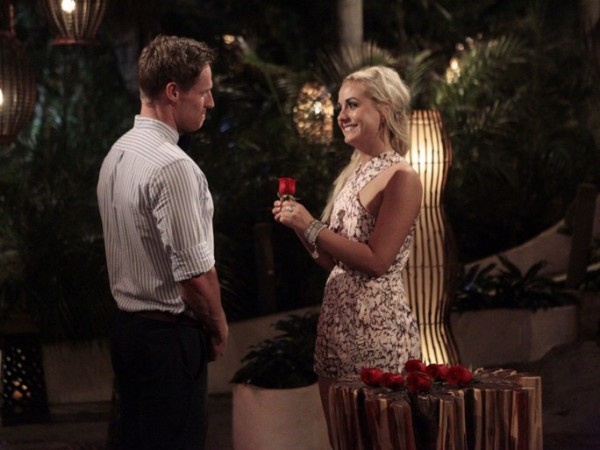 The episode ends with Kirk finally confessing to Carly that he is “afraid [he] is a lot behind” in terms of their relationship. As Kirk ends the couple’s enviable Paradise fling, Carly remains relatively calm and composed but is inevitably upset. Kirk attempts to make things better by telling her how much he cares about her, however this doesn’t help and Carly announces she is going to leave immediately. She runs off before Kirk can finish his sentences and runs into the Jade and Tenley’s arms, as they help her pack her things and get out of “Paradise.”

Watching Carly cry, Tanner tells the confessional that he thinks that it was a “d***” move on Kirk’s part to wait till the last minute to end things with her. In addition, both Jade and Tenley call Kirk an “idiot” for allowing Carly to think their relationship was stronger than it truly was.

Although Carly no longer has Kirk to rely on, she at least became good friends with Tenley and Jade.

Both Kirk and Carly end up leaving Paradise in tears.

The finale of Bachelor in Paradise promises viewers more tears and emotional breakups, as well as at least one couple potentially making “the biggest commitment of their lives.” (The promos hint at an engagement between two of the cast mates).

Check out the final episode of Bachelor in Paradise on Monday, August 7, 2015 on ABC at 8pm.