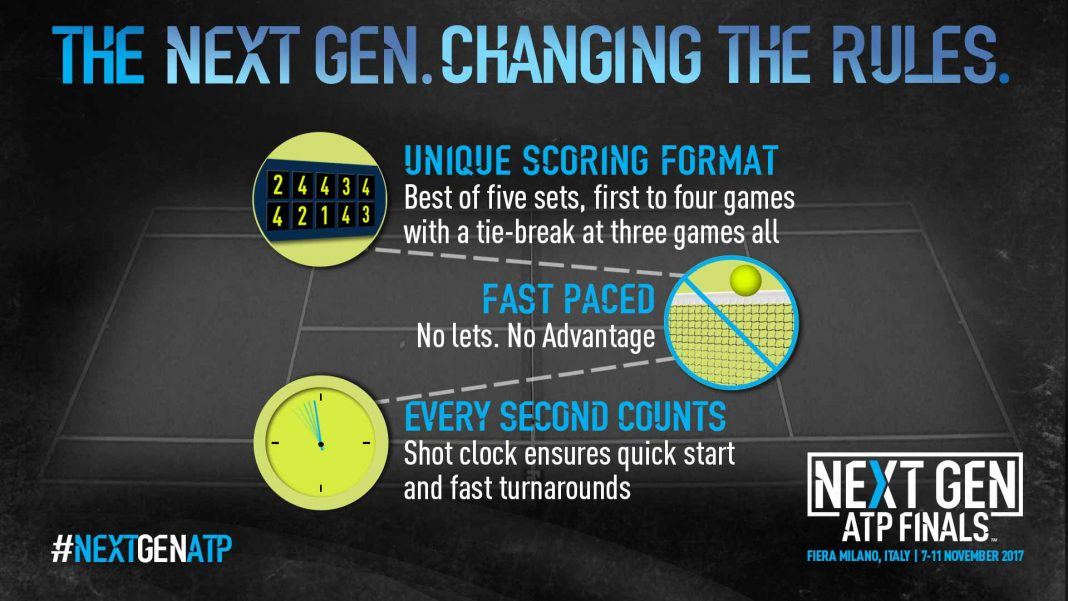 The ATP issued a news release on Tuesday, one that summarizes a series of rule changes that will be tried out at the #NextGen tour finals. The changes, according to the May 16th release, “are geared towards attracting new and younger fans into the sport, while at the same time retaining the sport’s traditional fan-base.” That’s an odd goal for them to communicate as expecting changes to resonate well with “traditional” fans is unrealistic and even contradictory. If I know tennis fans, then there is a ton of blowback coming for at least some of the proposed changes.

Firstly, here’s the rules that they want to try out:

(1) First to four games wins the set with a tiebreak played at 3-3. Sets are to be best-of-five and no-ad scoring.
(2) Warm ups are limited to five minutes after the second player arrives on court.
(3) 25-second shot clock
(4) No lets on the serve.
(5) Medical timeouts capped at one per match.
(6) Coaching allowed during the match.

REGARDING NO. 1: first to four games, best-of-five sets, and no-ad scoring

With the radical change in scoring, there’s no way they can claim any appeal to “traditional” fans. I don’t know how to argue whether one way of scoring is superior to another, but sets ending at 4-3 will just take way too much getting used to. Furthermore, the no-ad scoring will reduce match times significantly: it means that a sudden-death point for the game is played at 40-40. 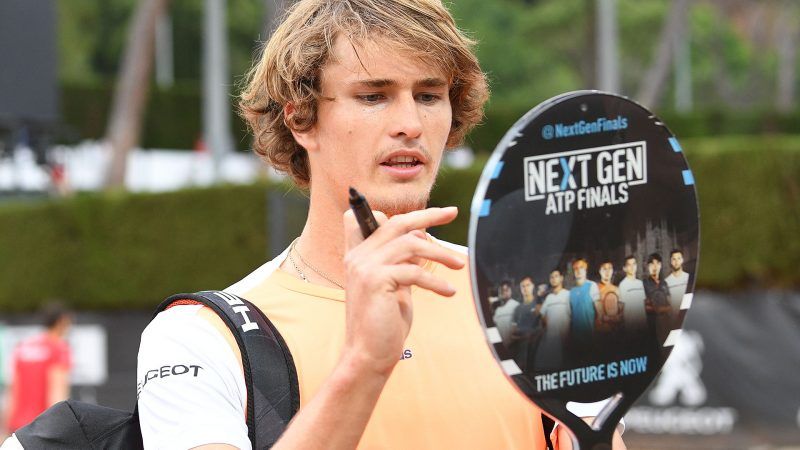 In current tennis, there are some games that last ages as each player struggles to get ahead by two points. However, those games are often appreciated by tennis fans as they feature numerous key points. Lengthy deuce games are the most challenging physically as players get no breaks during the games.

The ATP says it’s trying this out to appeal to new fans and to be friendly with television. However, I’m actually sniffing out a different motive with this rule change. By eliminating the longest and most arduous games are they simply making tennis less demanding physically to preserve and lengthen the careers of the Big Four?

Andy Murray is now 30 years old now and Novak Djokovic won’t be far behind him as he turns 30 on May 22nd. With all of the Big Four aging I wouldn’t be surprised if the elimination of ad games, which will eliminate a lot of points from tennis matches, is nothing more than an attempt to lengthen their careers. After all, when matches are less physically demanding it’s the older players that will benefit most. The players in the Big Four are insanely popular, especially Roger Federer and Rafael Nadal, and as they go so will go a lot of interest in tennis. Could be that making tennis more ‘senior’ friendly is a way to keep the interest of fan bases affiliated with Murray, Djokovic, Federer, and Nadal.

REGARDING NO. 3: 25-second shot clock

This is the rule change that I like best, and I think traditional tennis fans will accept it. There is an existing rule where you are only allowed 20 seconds between points, but it’s not enforced consistently, and that causes disdain. The chair umpires seem to struggle with calling violators for a 20-second violation at times. A shot clock takes the call out of the umpire’s hands and deservedly so: they’ve completely failed at being consistent. Furthermore, a physical shot clock will allow a player to see something objective instead of having to rely on internal counts.

REGARDING NO. 4: no lets on serve

A let is when the serve hits the net and goes in play on the other side of the net. At present, such shots are do-overs without a fault being charged to the server. But if there were no lets on serve, then service balls that dribble over the net in an irretrievable area would effectively become aces. The problem with this is that the server is succeeding by luck instead of skill because no one aims for a let.

There is a point to make about net courts (i.e.,. when a ball goes in play after hitting the net during a rally). After all, these are played out as legal shots even when the ball dribbles over the net for a fluky winner. However, rallies are different than serves. It’s simply not worth it to replay every point that features a net court due to how common clips of the net are during rallies. When a net court turns into a wicked ‘drop’ shot, the luck just has to fall where it falls. It’s like, for example, when a Major League Baseball hitter makes bad contact but the ball happens to roll where the fielders aren’t located. You can’t really do the at-bat over because of the flukiness. The games would be too drawn out, and there would be fuzzy judgement calls.

However, it IS POSSIBLE to keep ‘let-aces’ out of the picture because nothing is invested in the point on the first shot: it’s just a quick do-over. Playing a tennis-let out on a serve will increase the amount of luck that affects a match. I wouldn’t talk about “traditional” fans or new ones in this case. Playing tennis-lets on serves goes against the spirit of a game that is meant to be about aptitude and skill. This rule change would only be liked by people that don’t understand tennis or maybe people that want shorter matches on television. But anyone that could cheer a let-ace in a match, as though the player did something praise worthy, might simply be better off watching the luckboxes that win No Limit Texas Hold’em tournaments.

REGARDING NO. 6: coaching allowed

You can take this or leave it: the great thing about tennis is the unadulterated one-versus-one battle that you don’t find in any other sport. If you’re tired, you can’t call timeout, and you don’t just tag in the substitute player. Furthermore, there is no coaching allowed during matches. That makes it mind versus mind as much as body versus body. It’s not like so many other sports where someone, besides the player, is doing a fair amount of the brain work.

Allowing coaching during a match changes the one-versus-one component. I know that they use hand signals and ‘Morse code’ already, but legalizing coaching is still a mistake in my view. Say what you want about Lebron James, Connor McDavid, and Tom Brady as great players in their sports. These guys get time outs when they are tired, they get subs if they need them, and during their games they have people doing a lot of mental work for them. I respect tennis players more for having to solve the chess-match component of their sport all by their lonesome selves without the aid of coaches. Accordingly, I’m more of a fan of players that don’t cheat with in-match coaching signals. Secretly, I’ve never fully respected Rafael Nadal‘s 2010 Wimbledon run because he received a fine for coaching in a match that he was in serious trouble of losing.

But I would not be surprised to learn that every top-five player in history had a genius or just-below-genius IQ. But if coaching is allowed then I think that some mediocre minds might get into the top five thanks to having someone like John McEnroe signed up and giving them timely mid-match advice. I don’t like the hand signals as they are now and would prefer that new rules curbed that practice instead of legalizing in-match coaching.

The proposed changes have been ridiculed according to my source for public opinion (ie. Twitter). Check out the comments fans made after the ATP tweeted about testing out these rules.