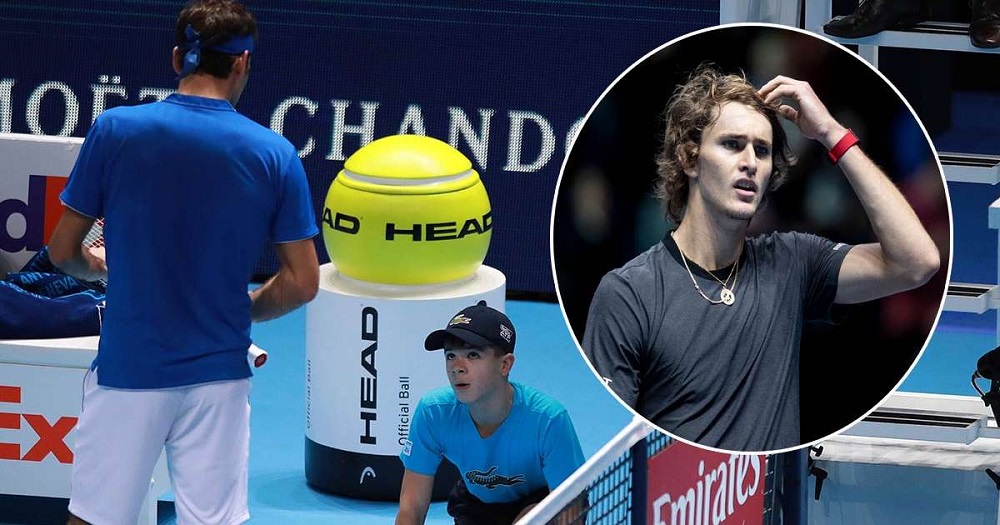 ATP Finals 2018 has left many asking the question, “Did the ball boy do it?” in regard to Roger Federer losing the title to Alexander Zverev.

After pulling off one of the biggest wins of his career, Alexander Zverev was left apologizing for an unforced error he didn’t make.

Zverev denied Roger Federer a shot at a 100th career title by beating the Swiss great 7-5, 7-6 (5) at the ATP Finals on Saturday to advance to the championship match against Novak Djokovic.

Federer was leading the second-set tiebreaker 4-3 and in the ascendancy of a rally on a Zverev service point when a ball boy at the back of the court dropped a ball. Zverev immediately signaled for the point to be stopped and the umpire ordered the point to be replayed.

Zverev served an ace before going on to close out the match moments later. “I want to apologize for the situation in the tiebreak,” said Zverev, who was booed by some of the crowd during his on-court interview. “The ball boy dropped the ball, so it’s in the rules that we have to replay the point.

“I’m a little bit upset about the whole situation because this is not how I wanted it to end.”

Zverev is the youngest player at 21 to reach the final since 2009 and the first from Germany since 1996. He will face five-time champion Djokovic, who defeated Kevin Anderson 6-2, 6-2 to extend his semifinal win-loss record at the tournament to 7-1.

Federer, 37, was seeking a record-extending seventh title but was unable to cope with the pressure created by Zverev’s power and precision at the O2 Arena.

“He (Zverev) apologized to me at the net,” Federer said. “I was like, ‘Buddy, shut up. You don’t need to apologize to me here. Congratulations on a great match and a great tournament so far. All the best for the finals.’ And you move on.” 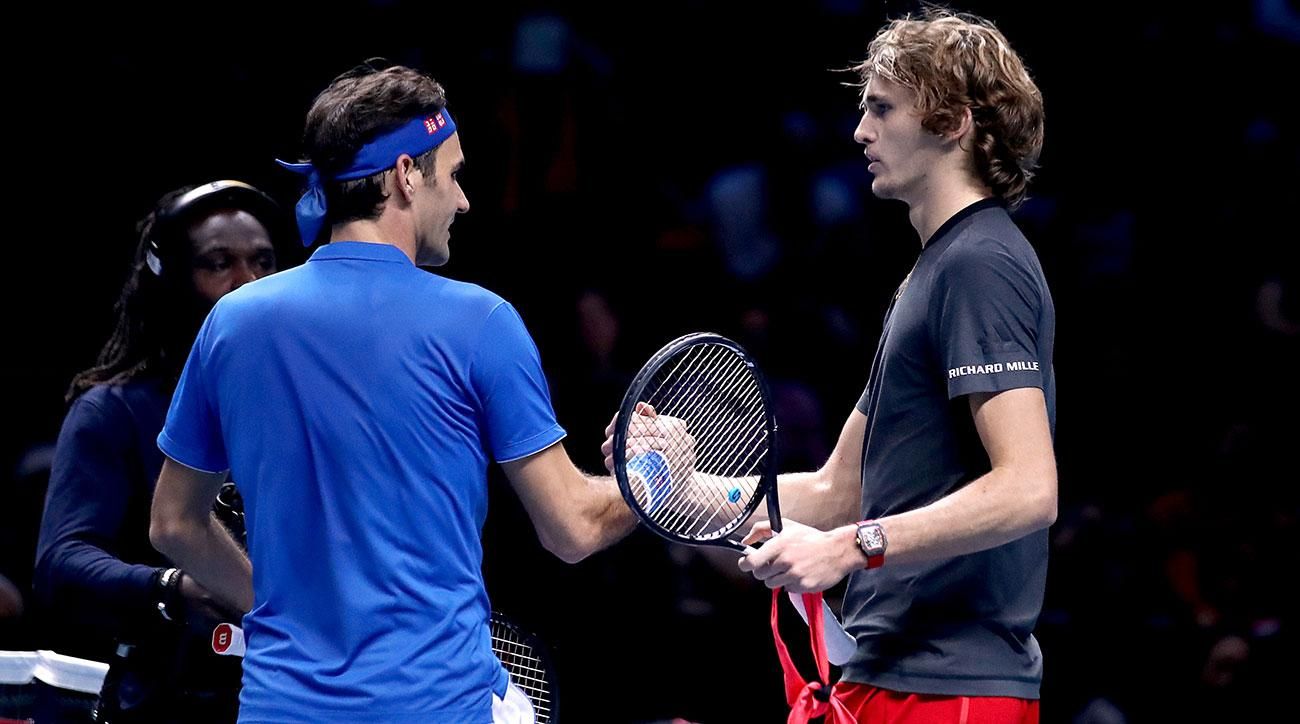 An inspired series of shots earned Zverev the first break points of the match in the 12th game, and Federer sent a forehand wide to fall behind.

Federer willed himself to a break for 2-1 in the second set, but Zverev quickly composed himself to hit straight back in the following game.

Zverev overcame the freak interruption to establish a 5-4 lead in the tiebreaker, and Federer netted the simplest of forehand volleys to bring up match point.

He saved the first, but Zverev confidently put away a backhand drive volley to set up a shot at the biggest title of his career and leave Federer waiting until next season for his 100th title.

“Overall, I’m happy how the season went,” said Federer, who picked up his 20th Grand Slam title at the Australian Open. “There’s many positives. So I’m excited for next season.”

Federer tried to accept as most as possible with the smile the ball boy’s mistake during the 4-3 point on the second set tie-break. Federer was asked if he spoke to the ball boy after the match. ‘No.

Maybe he’s coming to dinner, I don’t know’, said Federer smiling. ‘Give me a smile, don’t be too serious, please. It was a joke. I just asked him, Did you drop the ball? I didn’t understand what he said.

It could have been if maybe I win the next point. Whatever happened, this is life, this is sports. I’m definitely not mad at him. It’s all good from my side.’ Asked if as ball boy he never lost the ball, Federer – who covered this role for two years as the Swiss Indoors in Basel – replied: ‘I don’t remember.

Despite having reached only one Grand Slam quarterfinal this year, Zverev is the only active player outside the Big Four of Djokovic, Federer, Rafael Nadal and Andy Murray to have won three Masters titles. But victory at the tour’s flagship event would exceed those achievements. 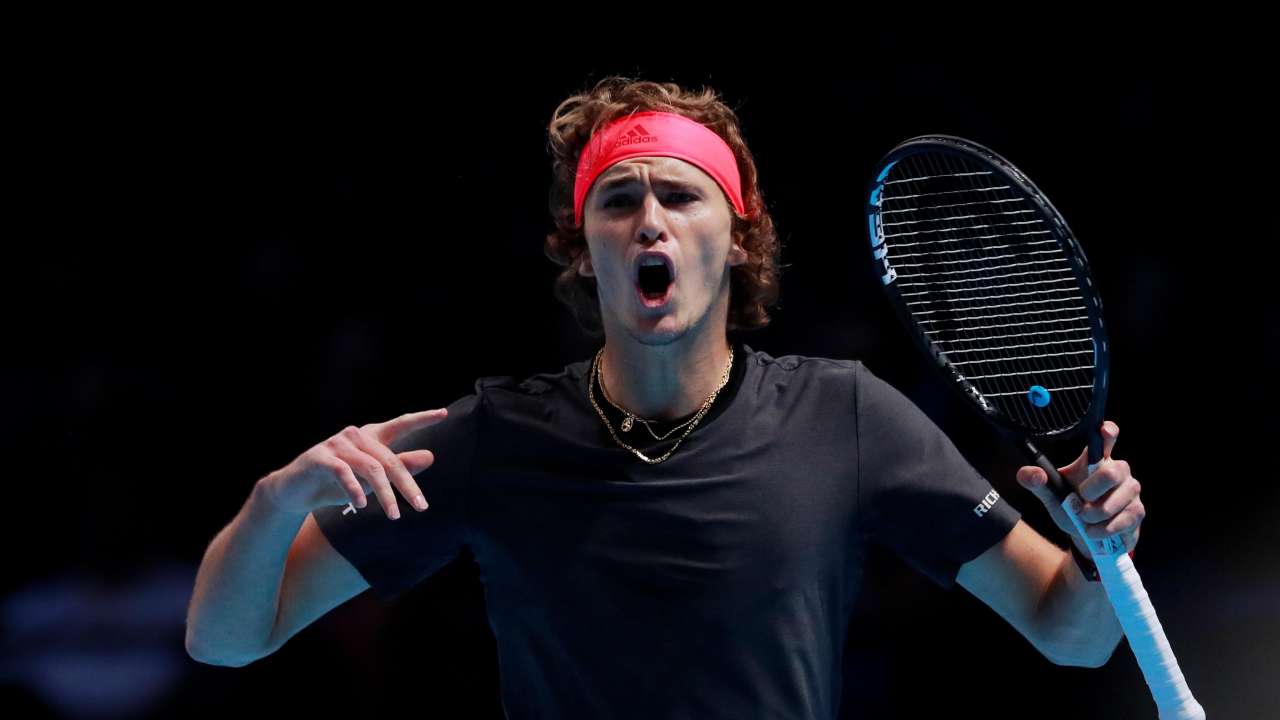 “Novak right now is the best player in the world,” said Zverev, who lost to Djokovic in the round robin. “You have to play your best game to even have a chance. I hope I’ll be able to do that tomorrow.”

The Serb maintained his record of having not lost a set — or service game — at the tournament as he thrashed debutant Anderson to give himself the chance to join Federer on six titles.

“I played very well in the group stage against Sascha (Zverev),” Djokovic said. “But I don’t think he was close to his best.”

Djokovic won 20 out of 27 points on Anderson’s second serve as he broke the South African twice in each set.

“It was the best match I’ve played so far this week,” Djokovic said.

Having ended a two-year Grand Slam title drought by defeating Anderson in the Wimbledon final, Djokovic went on to win his 14th major trophy at the U.S. Open and has already sealed the year-end No. 1 ranking.

The victory extended Djokovic’s record to 35-2 since the start of Wimbledon, a tournament he began ranked 21st after a right elbow injury interrupted his first half of the season.

“It’s remarkable what he’s done since Wimbledon,” Anderson said. “It seems like he’s definitely right back playing some of the best tennis of his career.”