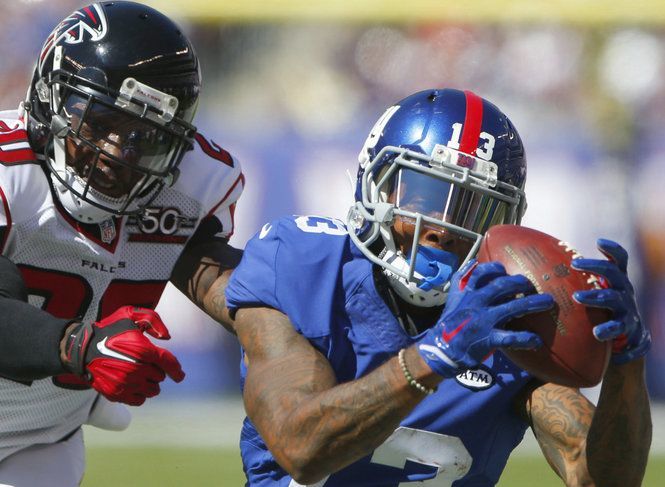 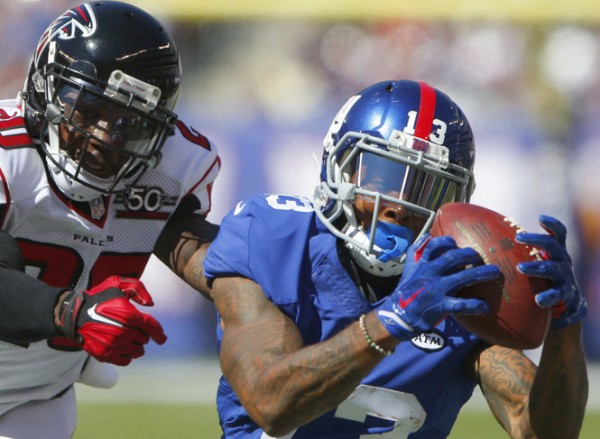 The reports of a Atlanta Falcons demise were clearly exaggerated. Down 20-10 at the end of the third it looked very bleak for Atlanta who was in control early in this game in New York.

The Birds got on the board first with a TD catch from Hankerson which was reversed. No matter as Tevin Coleman ran it in from a yard out to make it 7-0. Check that. It matters if you had Hankerson in your fantasy lineup…I did not.

The Giants were willing to gamble in the second quarter with a fourth down attempt, which was successful. A penalty did nullify that conversion however.

Matt Ryan had a bad throw that should have been picked off in the second quarter as he tried to force it to Julio Jones.

With the ATL up 10-3, Eli Manning hit Odell Beckham for a 67 yard TD to make it 10 all. Beckham ended the game with 146 yards on seven catches and one TD. Still not a fan.

The Falcons defense turned the game around in the third quarter when they stripped Eli Manning as he had his Giants threatening to score inside the Red Zone. I’m no fan of Kroy Biermann, but he made the key play to give the Falcons life in this game. His strip prevented NY from adding the last nail to the Falcons’ coffin.

Down 20-10, Atlanta went right to work with a 41 yard completion to Jacob Tamme after the turnover. That drive ended with a 10 yard TD catch by Leonard Hankerson to get Atlanta within three.

Atlanta wasn’t done as the comeback on the road continued. Julio Jones was in destruction mode all game long. He lit up the Giants defense on this late drive as he hauled in a 37 yard TD catch that was eventually overturned. To the Falcons’ credit they were able to punch it in once again as Devonta Freeman stuck the ball over the goal line to give his team the lead 24-20.

Eli had a chance to bring back NY with a minute plus on the clock. Atlanta nearly got a sack on Manning as he barely got the ball out before being taken down. He had a long pass dropped, but also could have been picked by the Falcons on a tipped pass. Finally on fourth down and ten, Eli got the ball out under some pressure, but it fell incomplete.

Atlanta ran the clock out and headed south with the win, now 2-0 on the season.

Makes me hate Beckham even more

Lowlight of Game: Matt Ryan trying to force it to Julio and nearly being intercepted. Ryan has to eliminate those throws without taking away from the Falcons’ determination to get #11 the ball as often as possible

Turning point: No question the game would have been over if Eli got his crew in the end zone late in the third. Kroy Biermann swiped the ball from the Giants QB, giving the Falcons a pulse, down ten at that point.

Julio Watch: 13 catches for 135 yards. Nice game for Julio, nice game in my fantasy escapades. Jones had a TD catch that got overturned as well. Kid had a great game and is seemingly unstoppable two games in.

He was targeted 15 times and look for that pace to be a weekly stat. Why not try to feed your best player as often as possible.

I hate to see bad things happen to teams on back to back weeks, but since I really have a deep hatred for the Giants, I kinda enjoyed back to back meltdowns.

Turning point of the game, with Eli holding the hammer in hand, Biermann ensured his team had a shot.

Not good. Freeman did play well when he was needed. May be focal point of the running game next week.