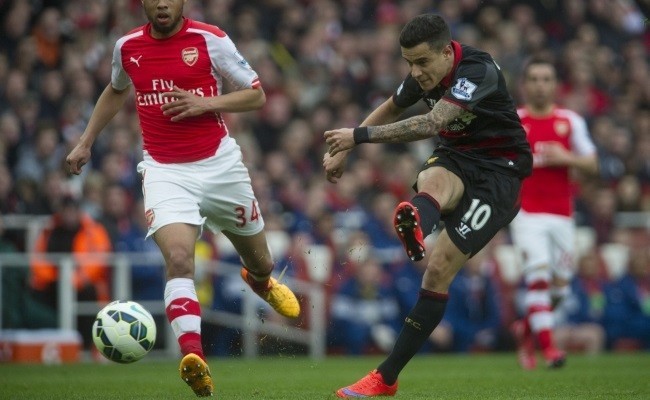 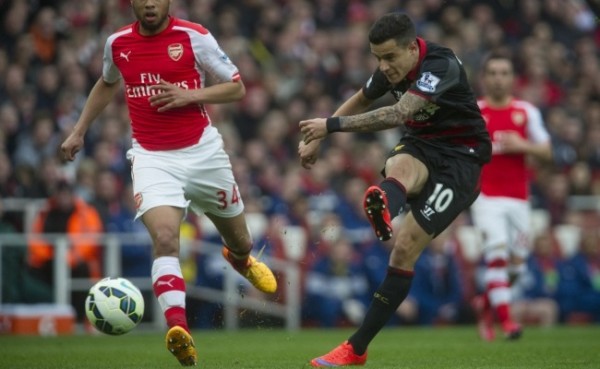 Yet another treat for the English Premier League fans as on Monday Arsenal invite the Merseyside giants Liverpool for a crunch tie at the Emirates Stadium. Both the English giants have equally good squad and none of them would want to concede defeat in their first big match of the season.

Brendan Rodger’s Liverpool have won both their league games so far but the Gunners stuttered in the opening match of the season. Wenger’s men defeated the Premier League champions Chelsea in the Community Shield but lost to Slaven Bilic’s West Ham. They picked up three points in their second fixture of the season, where they traveled to Selhurst Park to face Alan Pardew’s Crystal Palace. Liverpool fared well in their test against Stoke City, the team which beat them 6 – 1 in the last match of the 2014/15 season.

Liverpool won both the fixtures with a marginal 1 – 0 wins. Coutinho saved Brendan Rodgers’ blushes in the 86th minute against Stoke City while the new signing Christian Benteke netted the winner against the newly promoted Bournemouth. Over the last six matches, including the pre-season friendlies, Liverpool have a very slight upper hand over their opponents this week. Liverpool have won all matches except a 1 – 1 stalemate against Malaysia XI last month. Arsenal have won five but they dropped points after the loss to West Ham.

Although the North Londoners have a very good recent record against the Reds. Arsenal have lost only one game out of seven while playing Liverpool (W4 D2 L1). Arsenal’s French striker Olivier Giroud will be making his 100th appearance for the club on Monday. Giroud has scored 42 goals in 99 matches for the Gunners. Only Henry (59), Wright (56) and Adebayor (44) have better record than Giroud, if we consider the number of goals in the first 100 matches. Although, Giroud can take over Adebayor if he scores a hat-trick in the game versus Liverpool. This particular fixture has seen more hat-tricks (5) than any other match in the Premier League history.

Liverpool have a great defensive record so far in the league this season. Brendan Rodgers’ men have allowed the opponents a combined three shots on target, which is fewer than any other side has managed.

In terms of results it’s been pleasing,” Brendan Rodgers said. “In terms of our defensive organisation it’s been good. I think as we grow the fluency in our game will become better and the level of our football will improve, but that’s just time.”

The former Swansea manager has also praised their new Belgian acquisition.
“I thought Christian was a real handful. His hold-up play is outstanding. He has a wonderful touch for a big guy and can control the game… I’ve not had another who could do that up front in the three years I’ve been here. It is one reason we brought him in. Once the players get used to that and see it, it will give us more opportunities. That will grow over the coming months.”
Arsene Wenger, on the other hand, showered praise on Theo Walcott who has completed nine years at the North London club.

“He is a man today; when he arrived here he was a boy, a little boy who discovered a world where he did not know anything about it.

“Of course he had to go through bad injuries and disappointments and I believe he is a man today, a man who knows what he wants and has been faithful to our club. It was a great signing.”