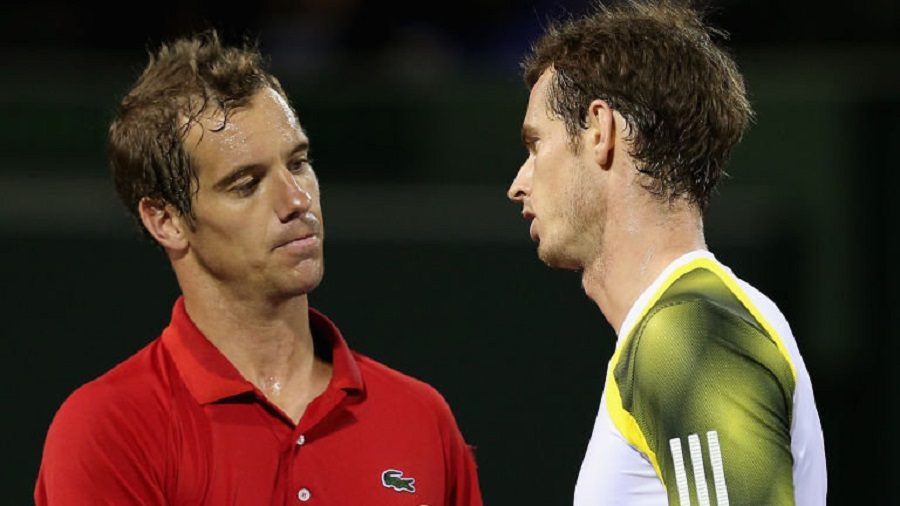 Andy Murray appears to have worked out whatever it was that was bothering him earlier in the 2016 French Open. The Scot looked like a highly-questionable pick to win the tournament through the first two rounds of this year’s edition of Roland Garros. However, round three saw him pick on a tired Ivo Karlovic, and the fourth round saw him beat John Isner without dropping a set. Murray appears to have worked out the kinks, and it’s a good thing too – he’ll need to be sharp to beat an in-form Richard Gasquet.

The Frenchman has rarely looked so lethal in a Grand Slam tournament and never at the French before. Although Gasquet has thrice won his quarter at a major, each time it was away from Roland Garros: twice at Wimbledon and once at Flushing Meadows. But with pin-point accuracy on both his forehands and backhands, Gasquet has flicked his way through the competition so far at the 2016 French Open. He will now play in his first French Open quarterfinal and, after eliminating both Nick Kyrgios and Kei Nishikori, Gasquet represents a very tough test for Murray.

The two players already have a memorable match from the French Open. Back in 2010, they drew one another in the first round at a time in his career when Gasquet was unseeded following missed time on tour. He raced out to a two-sets-to-love lead back then only to see Murray erase the lead and then win in five. They met again at Roland Garros in 2012 where Murray won in four.

Overall on head-to-heads Murray leads their series 7-3, not exactly a dominant series by tennis standards which often produce horrifically one-sided career head-to-head records. However, the trend within the big picture is that Gasquet has not beaten Murray in any match since the 2012 Rome Masters. Since that event, it’s 4-0 for Murray plus a walkover in Canada a couple of years ago.

In a section of the draw where most were eagerly looking forward to a Nishikori-Murray quarterfinal, Gasquet-Murray promises to be at least equally intriguing. If the last French hope in Paris this year gets a look at the Murray that played so questionably in the early rounds then for near-certain Gasquet will put an end to the match faster than Mathias Bourgue or Radek Stepanek ever could.

However, even if the version of Andy Murray that we’re much more used to shows up, Gasquet’s game is currently in a special place. This quarterfinal is a big question mark in the Roland Garros draw with the winner to take on Stan Wawrinka or Albert Ramos-Vinolas.

The final isn’t far off at Roland Garros and who the entrant into it will be seems to be a three-player race on the bottom half of the draw with Ramos-Vinolas the player very unlikely to rattle off two wins against the likes of Wawrinka and then either Gasquet or Murray. Look for the Murray/Gasquet match to be on the order of play for Tuesday where Murray will try to take his own tennis to a special place as the 2016 Roland Garros event winds down.