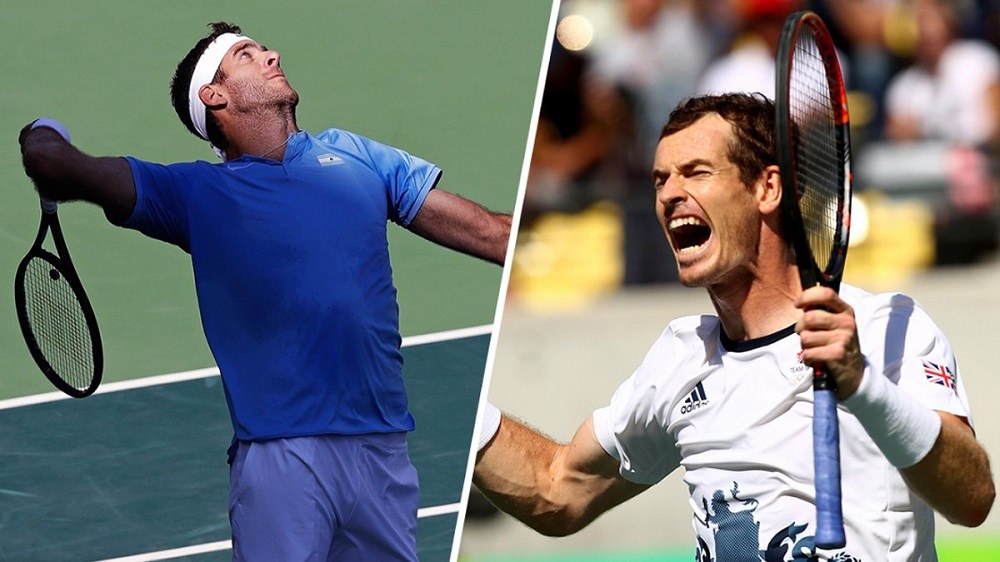 The 2012 London Games was where Andy Murray showed the world that he was ready to be a tennis superstar and the 2016 Rio Olympics took him further as he made history on Sunday. By beating Juan Martin del Potro to become the first ever tennis player to win two Olympic singles gold medals.

Defending Olympic champion Murray overcame Del Porto in Rio de Janeiro in a four-set thriller to cap a stunning 2016 in which he has also won Wimbledon title and finished runner-up in two other Grand Slams.

Del Porto overcame Rafael Nadal in the semis to set up a battle for gold with Murray, but the British No.1 was too strong for the Argentine – despite a fourth set full of nervous breaks with an Argentine spectator also ejected late on – as he made Olympic history to ensure more gold for Team GB after a fine Saturday and Sunday.

Mo Farah defended his Olympic title to win gold in the 10,000-meter final, while Jessica Ennis-Hill won silver in the heptathlon and Greg Rutherford took bronze in the long jump on Saturday before Max Whitlock became a double Olympic champion on Sunday ahead of Murray’s final.

Murray reached the final by beating Japan’s Kei Nishikori in a commanding display on Saturday.

The Wimbledon champion and world No. 2 broke Nishikori’s serve early on, breezing through the first set 6-1.

Murray served aggressively and quickly closed out the match 6-1 6-4, never giving Nishikori a single chance to break back. 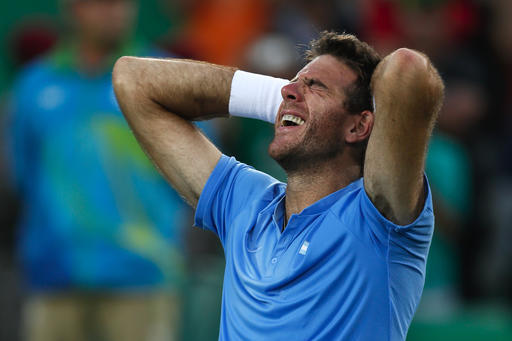 Other highlights from Day 9 of the 2016 Rio Olympics:

It wasn’t pretty. It involved heavy humidity, see-sawing momentum and 102 unforced errors from both players.

But in the end, Britain’s Andy Murray became the first tennis player in Olympic history with two singles gold medals, winning his second in a row by wearing down Juan Martin del Potro of Argentina 7-5, 4-6, 6-2, 7-5 in a 4-hour final Sunday night.

“Anything could have happened,” said Murray, who took the last four games after trailing 5-3 in the fourth set. “Emotionally, it was tough. Physically, it was hard … so many ups and downs.”

Murray’s terrific returns, impenetrable defense and track-down-every-ball coverage countered the 6-foot-6 del Potro’s booming serves and furious forehands. No man ever has defeated the top three seeds on the way to a gold, but Del Potro sure came close before winding up with a silver.

And he did it.

Usain Bolt sauntered onto the track Sunday night and waved his hands, signaling for more applause even before the race in Rio de Janeiro began.

The Jamaican sprinter’s swan song in the Olympic 100 meters was a pedestrian-by-his-standards 9.81-second sprint, capped off by pointing to his chest a step before the finish line.

Bolt has a chance for two more golds in Rio: in his favorite race, Thursday’s 200-meter final, and then in the 4×100 relay Saturday night.

The lone Russian track and field athlete at the Olympics has won her appeal to compete at the Rio de Janeiro Games.

The Court of Arbitration for Sport ruled early Monday morning that long jumper Darya Klishina is eligible to take part in Tuesday’s qualifying.

Klishina was the only one of 68 Russians cleared to participate in Rio by the IAAF, largely because she has been based outside Russia for the past three years. But the sport’s governing body banned her from the Olympics last week after receiving what it said was new information.

CAS ruled that Klishina was eligible to compete because she fulfilled the requirements set by the IAAF.

The long jump final is scheduled for Wednesday.