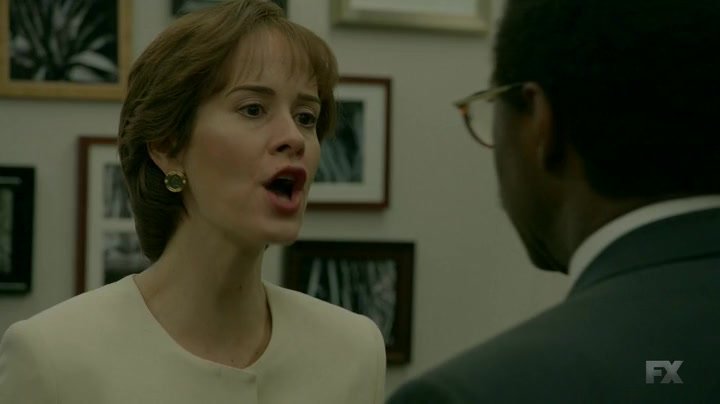 From the defendant O.J. Simpson to the lead prosecutor Marcia Clark, FX’s hit series American Crime Story: The People v. O.J. Simpson has transitioned week to week shining the spotlight on various key members in the TV adaptation of what is now known as “the trial of the century.” In this week’s episode “A Jury In Jail,” the spotlight is placed upon the jury, whose group dynamics were nearly as complex as the case itself.

The episode begins with the jury being enraged as they find out that several of the deputies who have been supervising and bonding with them over the past eight months have been excused from their duties. The show then rewinds eight months to the very early stages of the trial, in which the jury was still undergoing constant changes.

Ironically, the 24 individuals (12 jurors and 12 alternatives) enter the seemingly swanky hotel they are going to be sequestered in for an estimated 2-3 months all excited and overjoyed. After they settle into their separate rooms, they all venture off to take advantage of the hotel’s various amenities, such as the pool and the TV services. However, they are immediately told they are not allowed to do such things, as they are to follow strict guidelines that prohibit pretty much anything entertaining. Thus, they realize their stay will be nothing like the vacation they initially thought it would be. 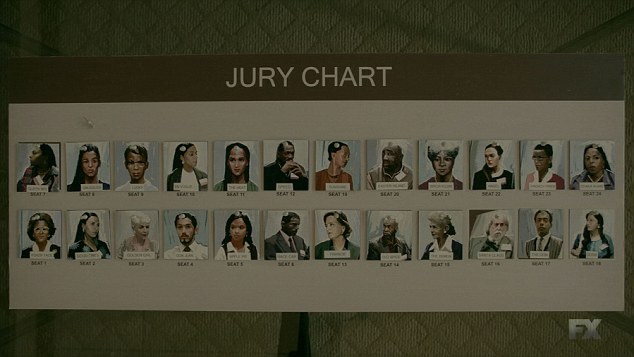 Meanwhile back at the prosecution office, Chris is suffering the consequences of his failed glove demonstration (which was featured in the previous episode). Unfortunately, both his boss Gil and his co-prosecutor Marcia Clark are furious, as they realize how badly this is going to affect their case. While Chris evidently acknowledges his mistake, he assures them that they will be able to recover with the upcoming DNA evidence that they are presenting to the jurors.

Switching back to the jurors – it isn’t long until many of them are at odds with one another. While picking between the shows Martin and Seinfeld, the racial divide is clear as the white jurors are ostracized, outvoted and thus forced to watch Martin.

A notable divide was also present within the group of black jurors. While one older black woman talks about how kind she thinks the white deputy (who is supervising and caring for them) is, a number of the other black jurors make fun of her and make it seem as though she is a traitor to their community. Evidently, this aspect of the jury dynamic could have very well played a major role, in reality, in the surprising outcome of the trial.

Back in the courtroom, the prosecution team is seen introducing Dennis Fung, an expert who worked with the DNA evidence on the case. Here, Marcia meticulously questions him and gets him to explain that the blood found in numerous of the crime scenes connected to the murders (Nicole’s house, O.J.’s house, the Bronco, etc.) only matches every 1 out of approximately 170 million people – and it just so happens that O.J. Simpson is one of these rare matches.

Despite the fact that Mr. Fung’s examination by Marcia was undeniably successful, it pretty much gets washed away when the defense team enlists DNA expert Barry Scheck to perform the cross-examination. Incredibly boisterous and intimidating, Scheck manipulates his questions so Mr. Fung, who is notably more reserved, seems hesitant and therefore potentially unreliable (in the view of the jury).

The show proceeds to feature yet another well-known moment of the trial, as Dennis leaves the podium after his questioning and shakes not only prosecutor Chris Darden’s hand, but also the hands of the whole dream team (including O.J. himself).

Meanwhile, there is also plenty going on behind-the-scenes in terms of the jury. As a black juror is excused from her position because she lied about being abused by her husband in the past, the defense team becomes enraged as they feel the prosecution is trying to alter the jury in their favor. Thus, the defense team begins fighting back, as they try to dig up any dirt on the unfavorable jurors (i.e. the white jurors) that could potentially get them kicked off the trial. However, the prosecution doesn’t just take this sitting down, as they proceed to do the same.

The episode finally loops back to the beginning, as Judge Ito is seen trying to calm down juror Tracy Hampton. Tracy claims that the deputies have been treating the white folks better than the black. She goes on to plead Judge Ito to excuse her from the jury. However, Ito tries to compromise with her and gets her to stay after he promises to replace the deputies.

The following day, after the deputies are switched out, the majority of the jurors show up (late) to the courtroom. Once they enter, most of them are seen wearing all black, as they attempt to express their upset over the unexplained rotation of the deputies. This prompts Judge Ito to once again postpone the trial as he realizes he has yet another problem to sort out amongst the jurors.

Even with Judge Ito’s compromise, Tracy Hampton manages to find her way off the jury. She is seen having a full-blown anxiety attack when she spots some of her fellow jurors seemingly gossiping about her.

In reality, Tracy was known to have complained about cameras being placed in her hotel room, which she thought were being used to watch her as she undressed. Ironically enough, she then proceeded to infamously pose for Playboy after being excused as a juror.

The episode concludes with the return of Selma Blair, who portrays Kris Kardashian in the series. Rob Kardashian (played by David Schwimmer) is seen confessing to her that he has thought about leaving the case. He pretty much admits that he doesn’t believe “The Juice” is innocent. However, he knows he cannot abandon his friend, as it would cause a potentially detrimental upset in the trial. He goes on to tell Kris that he will continue to sit beside his friend of 20 years for the remainder of the trial, but afterward, he plans to cut O.J. out of his life for good.

You can catch American Crime Story when it returns next Tuesday on FX.

Defense team members Johnnie Cochran and F. Lee Bailee travel across the country to obtain tapes that could potentially convince the jury that O.J. was framed by racist law enforcement.