Home All News Comics News Agents of SWORD Versus MODOK 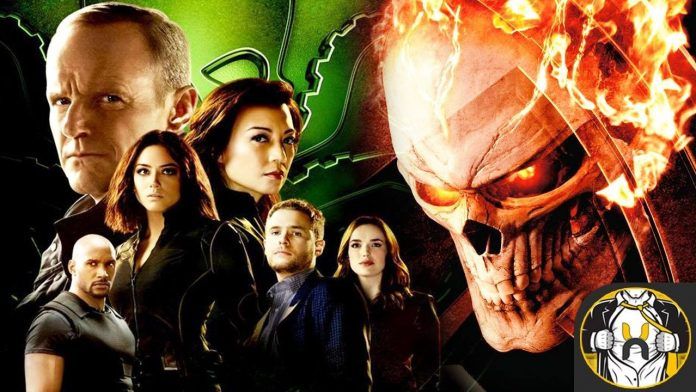 Now, in the world of comics, Agents of SHIELD isn’t the only secret government agency that exists. There’s also SWORD which stands for Sentient World Observation and Response Department. Their mission is to keep an eye out for hostile aliens. The first thing that came to mind for many comic book fans upon seeing the team in outer space is SWORD. It makes sense for the government to create SWORD or to further empower it after the Chitauri attack in The Avengers. Not to mention knowledge about the Kree through SHIELD. Plus, considering SHIELD may be wanted on Earth, they might as well hide out in space for a while as they look for Anton Ivanov, aka The Superior aka MODOK.

Marvel is really cool when it comes to acronyms when it comes to their government agencies as well as their villains. First there’s SHIELD (Strategic Homeland Intervention, Enforcement and Logistics Division), then there’s SWORD (Sentient World Observation and Response Department), there’s ARMOR (Altered-Reality Monitoring and Operational Response) which deals with threats from alternate realities, HAMMER (meaning classified) a name for Norman Osborn’s agency which temporarily replaced SHIELD. There’s also STRIKE (Special Tactical Response for International Key Emergencies)) which was featured in Captain America: Winter Soldier. Would have been nice though if they kept the theme limited to Avengers founding members. There’s also Hulk’s animated agency SMASH (Supreme Military Agency of Super Humans). Anyone care to give meaning to SHRINK to complete the ensemble? We digressed for a while to lead to MODOK which stands for (Mental Organism Designed Only for Killing). Many comic fans theorized who Anton is supposed to be when he said that he’s only designed for killing. If he is supposed to be MODOK, his TV incarnation is a bit of a departure from his comic book incarnation but plays well enough. All of Anton’s LMDs are controlled by his disembodied head which would be the mental organism. Now for the speculations as to the finale’s ending.

Since Anton is still effectively at large, SHIELD would probably be hunting him or the other way around. Anton’s goal remains the same. That is to remake the world for it to hate and hunt Inhumans. As MODOK, he might even reform or take over AIM (Advanced Idea Mechanics) which was introduced in Iron Man III. It was speculated that MODOK might be the villain for Iron Man IV if the film pushes through but scratch him if he’s already on TV, right? Plus, how do we know that it’s the real Darkhold the Russian LMDs brought at the inquiry? If they staged LMD Daisy’s arrival before anyone can read the book, then the book was a moot point. Them leaving it behind may be to lead SHIELD away as they assume they won’t dare open it again, even if it’s to beat Aida. That would lead us to believe that the Darkhold is still at large and sets the stage for Robbie Reyes’ return.

As for Coulson in space, they’re either prisoners in that space station, or they might be operating it as SWORD. Coulson sent Agent Piper out for something in this episode. It might be to set up the space station in case things go sour against Aida or the government. It wasn’t specified if the security footage of Talbot’s assassination was leaked, and if it did, it would be something the team will deal with in Season 5. Many also speculated that SHIELD in space means that the TV show would be participating in some capacity in the upcoming Avengers: Infinity War. It would be great if they did, given the show’s return in 2018. Plus, the station could be run by Nick Fury for all we know as Samuel L. Jackson all but disappeared in the MCU after Age of Ultron.

Fans are left to speculate if Coulson and team were captured and are prisoners in the space station. Season 5 might not have anything to do with SWORD and Coulson’s team could be in Prison 42. Another secret prison facility like the Raft in Captain America: Civil War. One can guess given the spartan accommodations Coulson was in when he woke up. But being prisoners is an unlikely scenario given that they seemed to be expecting to be captured in the diner.

Finally, where did they get the space station? We speculate that it could be from the orbiting space station used by the Kree to send their sentry after Hive in Season 3. In the Avengers: Earth’s Mightiest Heroes TV series (another beloved but prematurely cancelled show) SWORD made use of commandeered alien vessels like a Kree battleship and Kang’s interdimensional ship the Damocles; so it would be fair for this theoretical incarnation of SWORD to use an alien ship.

In closing, we can’t wait for the show’s return in 2018. What to watch in the meantime? And speaking of closing, this episode was dedicated to another AOS alum Powers Boothe who died last May 14. Marvel fans will know him as the head guy of the SHIELD world council Gideon Malick who turned out to be part of HYDRA in AOS and featured prominently in Season 3.