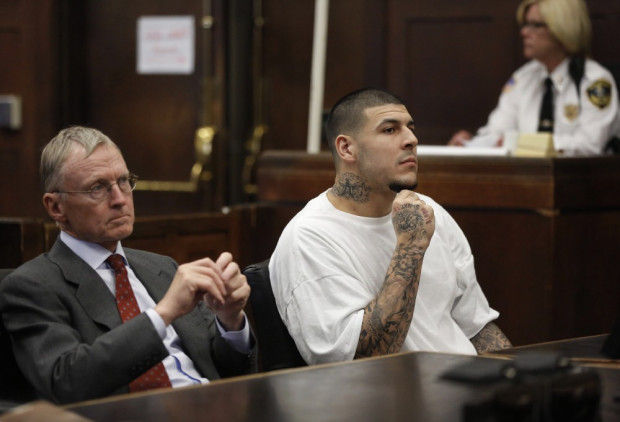 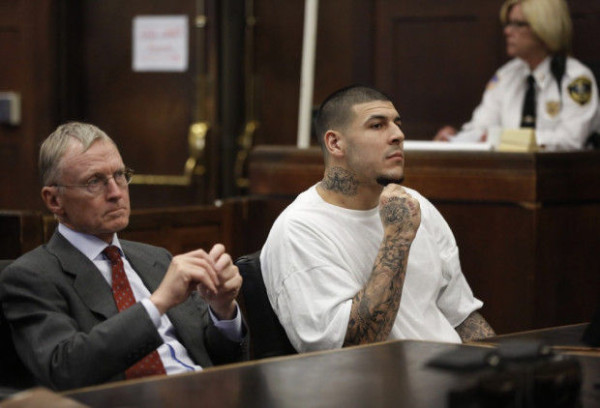 Normally, when someone offers tips or help to authorities, they know that they will be anonymous, but the ‘tipster’ in Aaron Hernandez’s murder trial may be surprised to find that her name, Jessica Mendes, has been released in unsealed court records.

The tipster who was questioned behind closed doors about alleged juror misconduct in the Aaron Hernandez murder trial is a North Dartmouth woman, according to unsealed court records obtained by the media.

The tipster, identified as Jessica Mendes, called one of the lawyers for the former New England Patriots star the day after he was convicted last April of first-degree murder, and told the lawyer one of the jurors knew about allegations against Hernandez in a Boston double murder, according to the records released Tuesday.

Evidence about the Boston murders was excluded from the trial concerning the June 2013 killing of 27-year-old Odin Lloyd in the North Attleboro Industrial Park, near Hernandez’s Westwood Estates home.

The juror, identified in court records as Jennifer Rogers, told the court during jury selection she knew nothing about either murder case.

Mendes does not have a listed telephone number and could not be reached Tuesday by The Sun Chronicle for comment.

Mendes was questioned under oath behind closed doors on Oct. 23 about her statements, and denied making some of the statements attributed to her by Sultan in an affidavit he filed requesting the hearing.

Prosecutors had contended that Mendes was not credible, and that the post-verdict defense motions had no merit.

Hernandez, who was incarcerated with Mendes’ father while awaiting trial for Lloyd’s murder, wrote to Mendes in June 2014 after he was shown a photograph of her. The two exchanged about 20 letters and talked on the phone several times. Mendes also visited Hernandez in jail, according to court records.

Mendes, who works in a Dartmouth dental office, had told Sultan she attended a company Christmas party Dec. 6, 2014, where a conversation about the Boston murder case took place before the start of jury selection in the Lloyd murder case.

The juror attended the party, but Garsh found no credible evidence she participated in or heard the conversation, according to court records.

Garsh also ruled there was no evidence to back a defense claim that Rogers expressed a desire to be picked for Hernandez’s murder trial. When questioned at the October hearing, Garsh said Mendes denied any knowledge that Rogers ever expressed that wish.

During jury selection, Rogers told the court she only recalled seeing a TV news report when Hernandez was arrested and being accused of murder. She said she could remain impartial and decide the case by evidence presented in the courtroom, according to a transcript.

Hernandez is serving a life sentence without the chance at parole and is awaiting trial for the Boston drive-by shooting in which two men were killed. He has pleaded innocent.