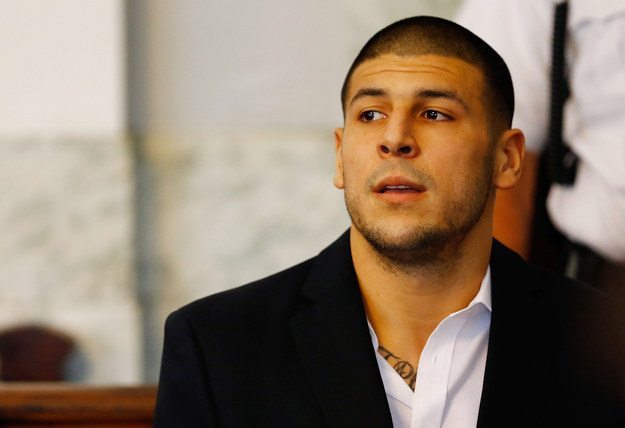 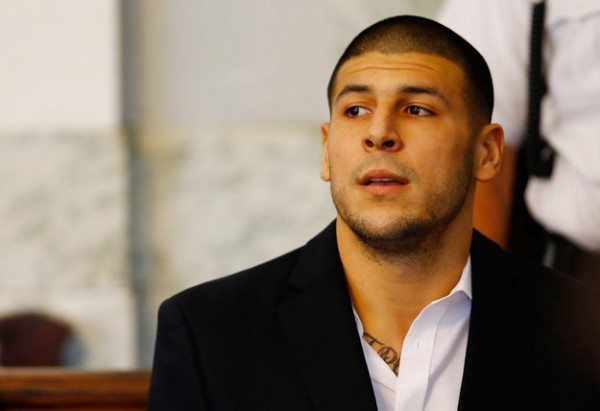 Of course, there’s been another strange twist to the Aaron Hernandez case as an anonymous person who is claiming to have served on the jury for the former New England Patriots tight end, that other jurors improperly discussed the case. This was done in an online survey, Hernandez’s lawyers have stated in a recent court filing.

Attorneys for Aaron Hernandez are seeking a judge’s permission to track down a potential juror in the case, who wrote in a questionnaire that panelists violated legal protocol by discussing the former NFL star prior to the opening of final deliberations.

“Even though we weren’t supposed to talk about things with others, I find it humorous now that nobody knows we did talk amongst ourselves and you still believed we didn’t,” the Boston Herald reports the person wrote.

“What you don’t know doesn’t hurt you after we convicted him (: too trustworthy you people are,” the potential juror added, according to court records. “I hope you pick us again so we can do it again to anither (sic) thug.”‘

The person also wrote that the witnesses who testified were “very boring I’m glad we convicted him.”

The 25-year-old Hernandez was found guilty of first-degree murder in the 2013 execution-style slaying of former associate Odin Lloyd and sentenced to life in prison without the possibility of parole. He is currently being held at the Souza-Baranowski maximum security prison.

The latest development marks the second time since the former New England Patriots tight end was convicted that members of his high-powered legal team have challenged the integrity of the jury that found him guilty.

Previously, representatives for Hernandez requested that Judge E. Susan Garsh order an investigation into a phone call attorney James Sultan received from a woman last spring. The caller alleged that jurors had been less than truthful throughout the jury selection process.

As for the latest episode, defense attorney Charles Rankin has requested that the court grant him the power to subpoena records that would identify the subscriber of the IP address from which the survey was submitted. This would allow Rankin to determine if that person actually served among the jurors that convicted his client.

Hernandez’s legal team has also expressed interest in further probing other survey responses in order to determine if they might have additional legal grounds to challenge the conviction of the former NFL star.

Hernandez also faces an upcoming double murder trial stemming from the 2012 drive-by killings of Safiro Furtado and Daniel de Abreu outside a downtown Boston nightclub in 2012.