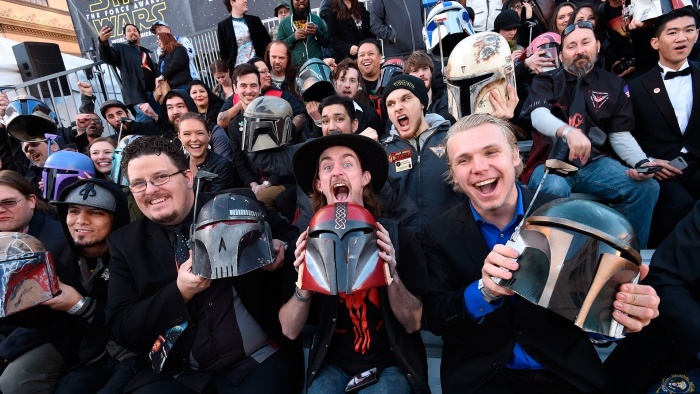 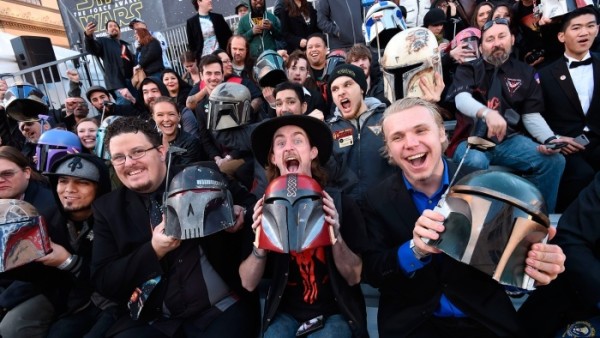 This is something we’ve wanted to do for a while now; having fans reviewing and talking about their reactions to films they’ve been waiting to see, and “Star Wars: The Force Awakens” was definitely the best one to kick it off. We definitely want to keep this going so all you fans of “Star Wars” or any other movies, dive in, write up your reactions and send them in. We won’t be editing them so you can feel their raw emotions and excitement spilling over.

Movie TV Tech Geeks wants to thank our own sports guy Chris Maurice for helping find the perfect person to kick this off to, and we hope he wants to do it again. We get better with each time…

Now, here’s what Thomas R has to say about “Star Wars: The Force Awakens”:

Oh boy, where am I even supposed to begin with this movie? From the epic air battles down to the attention to detail that went into designing the characters’ costumes, this movie was fantastic. J.J. Abrams really did an excellent job of capturing the spirit of the original trilogy in this movie, and I hope the other directors will be able to follow suit.

Let’s start with something everyone should be able to agree in their praises on; the soundtrack. John Williams has done it again; he has composed a great soundtrack that does an excellent job of capturing the essence of the film in every way. I honestly got chills during the scene where a First Order destroyer was shown floating above Jakku, but that’s enough about the soundtrack, let’s get into the meat of the film: the characters.

Rey is an excellent lead character, and I loved how she goes completely against the female lead stereotype where the woman is constantly having to be saved by someone because she can never do anything by herself. What I really liked is how her character felt natural; it never felt like her head-strong attitude was forced which many movie plots fall prey to when they have an assertive female lead. It really felt like the actress spent her life living on a desert planet fending for herself since she was an extremely little girl, which really helped with the immersion into the Star Wars universe.

I also really liked Finn’s character, although I could’ve done without him panting throughout almost half the movie. I’m not entirely sure what direction they plan on taking Finn’s character, but I’m definitely excited to see where it goes throughout the next two movies. I’m really excited for the writers to flesh out his and Rey’s pasts as they’re still so shrouded in mystery at the end of the movie.

Kylo Ren’s character is just as excellent as the other two characters in terms of depth. I loved watching him struggle with himself and his emotions throughout the movie. His character is so raw and unpredictable like you would imagine a young Sith to be. I’m extremely excited to see how his character develops as well over the course of the trilogy.

The way Abrams introduced all of the old cast was excellent as well, with the way he introduced them individually and had their paths intertwine perfectly to where the audience didn’t have to wait too long to see how, and when, they were going to meet the next character.

The whole plot of the movie did a fantastic job of setting up the next two movies, which I think is a great design choice. It left me feeling like I have a general idea of where the plot is supposed to be heading over the next two movies, but it also gave itself enough wiggle room to where the movies aren’t super predictable and boring.

The special effects department did an outstanding job with every aspect I noticed in my first and only, so far, viewing. Everything felt and looked like it was about as real as the clothes on the actors’ backs. It all looked like it was present during the shooting instead of just some green ball a character is holding or even a person in a green morph suit who is supposed to be playing the role of some crazy-looking alien species.

I really loved how Abrams added multiple callbacks to the original series that any die-hard Star Wars fan will recognize immediately (assuming all the die-hard fans haven’t seen the movie already), and I’m sure there are some that are so subtle it will take two or three watchings to be able to catch.

After watching this movie, I spent the rest of the night just glowing with happiness. I just couldn’t stop thinking about the movie and trying to remember every aspect of it just so I could keep watching it again and again in my mind, and I found myself anxious to see the next two even though they’re, unfortunately, not set to come out for at least another year and a half.