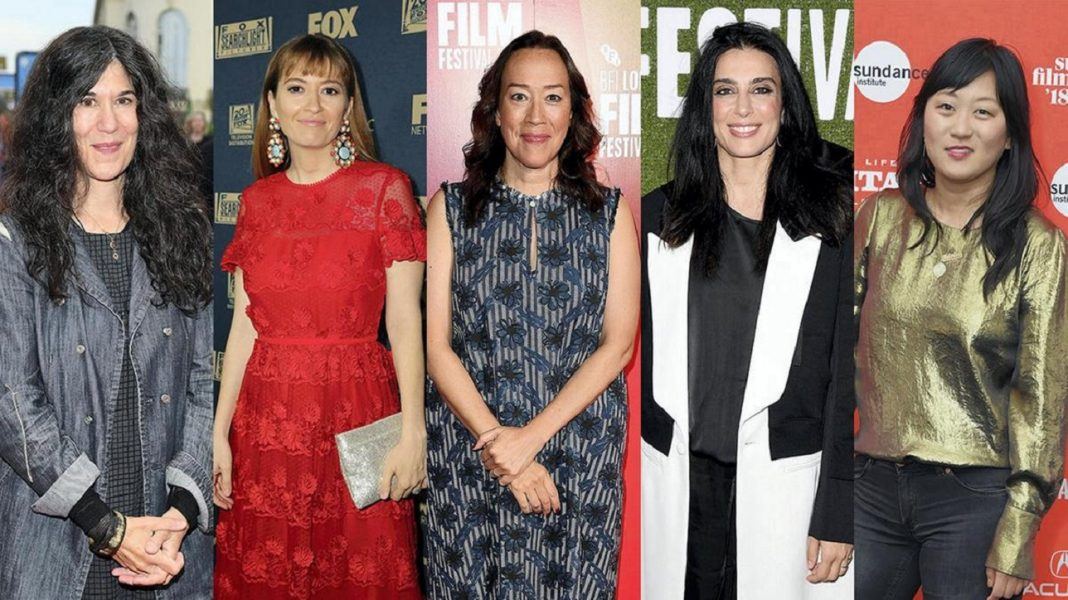 Hollywood will surely use a recent study showing more women directed Hollywood films in 2019 to congratulate itself, but there is a big ‘but’ on everyone’s lips. Will this continue with 2020 or will Hollywood do the usual and go back to the way it’s ‘always done things?’ A production source says that “while it’s great to have one year see more women in the director’s chair, that doesn’t count for all the other positions where women have been sorely lacking.”

Another movie executive had this to say. “Don’t expect this to happen again as Hollywood just needs one year to point at so they don’t look as misogynous as it really is. When you’ve got a president in the White House demeaning women, it only gives weak men an excuse to follow suit.”

Names such as Lulu Wang, Lorene Scafaria, Melina Matsoukas and Greta Gerwig led Hollywood to a record year for women in the director’s chair. In 2019, women directed more of the most popular movies than any year before.

Women directed 12 of 2019’s top 100-grossing films in 2019, according to a study released Thursday by USC Annenberg Inclusion Initiative. That percentage of female filmmakers, 10.6%, is greater than researchers have recorded before, suggesting that some measure of change is finally coming to a film industry where inequality behind the camera has remained stubbornly persistent.

It’s the most meaningful increase in several decades for female directors. Despite mounting outcry, the rate of female directors helming Hollywood’s top productions has long been largely stagnant. The previous high in USC’s annual study was 8%, in 2008. In 2018, only 4.5% of the year’s top films were directed by women.

“This is the first time we have seen a shift in hiring practices for female film directors in 13 years,” said Stacy L. Smith, one of the study’s authors. “One notable reason for this jump in 2019 was that Universal Pictures had five films with women directors at the helm in the top 100 movies. Yet there is still much more progress needed to reach parity for women behind the camera.”

The high-profile success of several films had already made 2019 a historic one for women. Those include Wang’s “The Farewell,” one of the year’s most popular indie releases, Scafaria’s acclaimed “Hustlers” ($105 million domestically), Matsoukas’ “Queen & Slim” ($40.7 million) and Gerwig’s “Little Women,” which last week opened strongly with $29 million in its first five days of release.

“Frozen II,” with $1.2 billion in worldwide ticket sales, is close to setting a new box-office record for a movie directed by a woman. Jennifer Lee, who co-directed the film, set the record with the first “Frozen” film. In 2018, Lee became the chief creative officer of Walt Disney Animation Studios.

USC researchers singled out Universal Pictures, which put forward a slate of films with 26% directed by women. Universal is the only major studio with a female studio chief, Donna Langley.

Netflix also fared well. While the streaming company’s films largely bypass theaters — leaving them outside the study’s parameters — 20% of Netflix’s 2019 movies were directed by women.

Paramount Pictures, however, hasn’t released a movie directed by a woman in the last five years.

Four women of color directed one of the top 100 movies in 2019, though the overall statistics for underrepresented directors dipped. Underrepresented filmmakers were behind 16.8% of films in 2019, a decline from last year’s 21.4%, a record.

“While 2019 is a banner year for women, we will not be able to say there is true change until all women have access and opportunity to work at this level,” said Smith.

Another study released Thursday by the Center for the Study of Women in Television and Film at San Diego State University examined women in the top films as not just directors but writers, producers, executive producers, editors, and cinematographers. Women accounted for 20% of all such roles in the year’s top films, up from 16% the year before.

But the San Diego State University study, the 22nd annual Celluloid Ceiling authored by Martha Lauzen, found less progress when the movies researched were expanded to the top 500 films. In that metric, Lauzen found women held steady at 23%.

“While the numbers moved in a positive direction this year, men continue to outnumber women 4 to 1 in key behind-the-scenes roles,” Lauzen said in a statement. “It’s odd to talk about reaching historic highs when women remain so far from parity.”

Despite gains, female filmmakers have been largely overlooked in this awards season. Sunday’s Golden Globes, presented by the Hollywood Foreign Press Association, includes no women nominated for best director. None of the 10 films nominated for best picture were directed by women, either.

“This year, there have been twice as many women-led features than ever, with more films by female directors on the way,” Goldman said. “Women — and especially women of color — continue to be pushed to the sidelines by a system that holds women back, onscreen and off.”