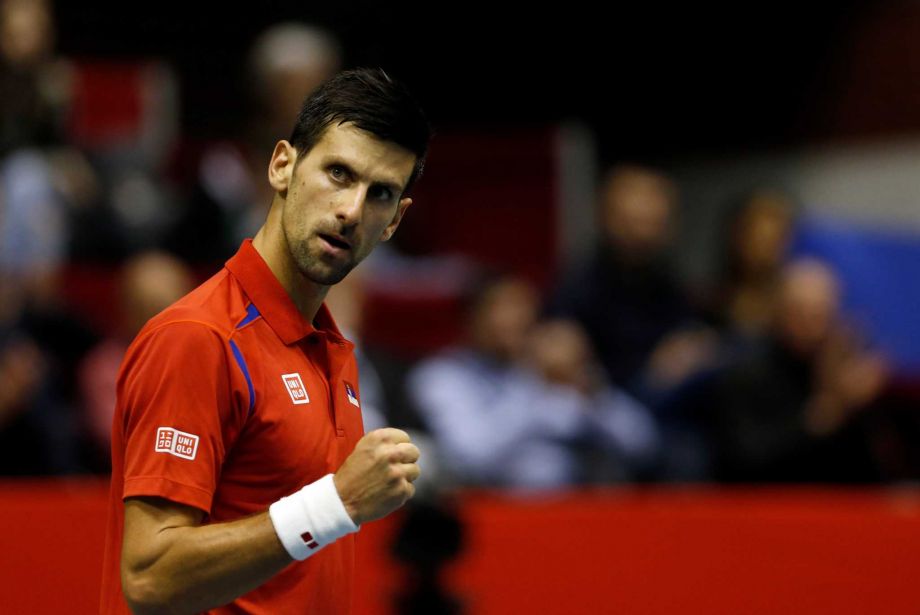 The first round of the 2016 Davis Cup is over, and things went pretty much according to script. In fact, I pretty much nailed the draw as every country that I had advancing in my previews did advance.

On the top half of the draw, Serbia was one country that won their first-round tie. They entered as major favorites, but in a turn that no one saw the Serbs barely scraped by in five rubbers. Viktor Troicki lost a singles match, and Novak Djokovic was a part of a doubles defeat. Then early on Sunday, the World No. 1 was pushed to a five-setter against Mikhail Kukushkin, a player who lead the match two sets to one at one point. In the last match of the tie, Troicki took Aleksandr Nedovyesov to town, winning the decider routinely.

The Serbs will next face the Brits, the defending champs having knocked off Japan 3-1. The big match in this tie was the showdown between Andy Murray and Kei Nishikori, one that Murray won in five sets. True to 2015, Murray featured in all three British victories with two match wins in singles and a partnered win in doubles with his brother Jamie. He will likely have to beat the Serbs three times in July as well as the British No. 2 is not as adept as Troicki, the Serb No. 2.

Italy and Argentina also advanced in the top half of the draw. The Italians had no trouble with the Swiss, beating them 5-0 thanks no doubt to the fact that neither Roger Federer nor Stan Wawrinka was at the Swiss side’s service. Argentina defeated Poland 3-2, but it was 3-1 after four, and they played it out anyways. Leonardo Mayer, a guy that knows how to play better than his World No. 41 ranking suggests, was the unofficial MVP of the tie as he won two singles matches with just one dropped set.

On the bottom half of the draw, Canada had nothing against the French all-star cast. Milos Raonic withdrew from the event about a week ago as he continues to nurse an abductor injury. That left Vasek Pospisil to try and scrap things out, but it was to no avail as Richard Gasquet, Jo-Wilfried Tsonga, Gilles Simon, and Gaels Monfil ran roughshod over the Canucks. The French featured a unique player in each of their singles matches, a testament to how deep the French side is going forward.

Next up for them is the Czech Republic. Tomas Berdych, the Czech No. 1, suffered an injury in his final rubber against Germany, and that forced a decider. But Lukas Rosol had the goods as he defeated Alexander Zverev in straight sets to propel the Czechs forward.

Lastly, both the USA and Croatia advanced. The Americans defeated the Aussies on grass in Australia while Croat Borna Coric won a deciding rubber against Belgian Kimmer Coppejans. That sets up a Croatia vs. America tie in July on the bottom of the draw.

Looking ahead, the second round goes in July, and it’s hard to know who will be on form at that time and who will be out with injury. But at this point, the Serbs look good to end Britain’s run. The Czechs have a chance against the French, but the latter should be the favorites. Otherwise, the other two ties look fairly open, with Argentina facing Italy and the USA facing Croatia.