Home All News Sports 2015 US Open Semi-finals: Djokovic vs Cilic & Federer vs Wawrinka for... 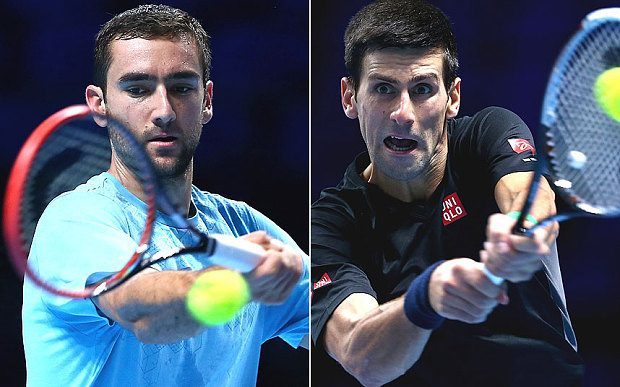 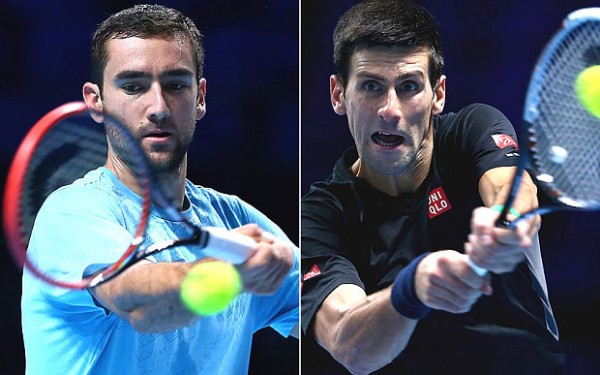 The quarterfinal round at the 2015 US Open is complete and this year the semifinalists will be made up entirely of former Grand Slam champions. Novak Djokovic, Marin Cilic, Roger Federer, and Stan Wawrinka have compiled 29 singles Grand Slam titles between them and each booked their spots in the final four at Flushing Meadows with two blockbuster semifinals to come on Friday. Perhaps not surprisingly, this year’s semifinalists are nearly identical to the semifinalists from a season ago – save Wawrinka who replaces Kei Nishikori. Here’s a recap of how the four quarterfinals went as well as quick preview of the upcoming semifinal match-ups.

On Tuesday night, Djokovic faced what can only be called a mild challenge in his quarterfinal match-up. The 2011 champion had drawn Feliciano Lopez, a player who was enjoying his career best US Open.

But Djokovic stopped the Spaniard from advancing further with a four-set victory. The line score in the match ended at 6-1, 3-6, 6-3, 7-6(2). As a result of that match and the other men’s match played on Tuesday the World No. 1 will next face the US Open‘s defending champion.

Marin Cilic, having won his maiden Slam twelve months ago in New York, won the third Grand Slam quarterfinal of his career on Tuesday, defeating Jo-Wilfried Tsonga in a what was a match that featured many momentum swings. After both of the opening sets went Cilic’s way, Tsonga swung himself back into the match – saving multiple match points en route. However the Frenchman was not able to complete the comeback and the Croat will now look to advance to the US Open final for the second straight year.

On the bottom half of the draw the quarterfinal matches on Wednesday were very non-competitive. Wawrinka dismissed a tired Kevin Anderson routinely, defeating the South African in three sets without the need for a tiebreaker. The line score in that match ended with the Swiss No. 2 taking away eighteen games to Anderson’s eight, 6-4, 6-4, 6-0. 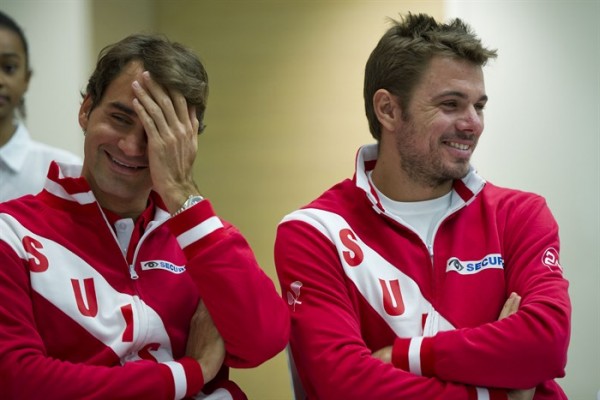 Arguably Anderson entered the quarterfinal on much better form than Wawrinka. Not only did the service giant defeat Andy Murray in the fourth round but the South African had numerous match-wins in the last couple of weeks additional to that victory. For example, Anderson won five matches en route to a title in Winston-Salem in the week immediately prior to the 2015 US Open. Wawrinka, inconsistent at times at Flushing Meadows this season, appeared ripe for the pickings.

However perhaps the quarterfinal result shows that it’s a bad idea to contest an event in the week immediately prior to a major: Anderson appears to have simply ran out of gas.

Wawrinka, despite advancing, now only appears ripe for the pickings for Federer. The Swiss Maestro had drawn a talented opponent in the quarters in Richard Gasquet. However Federer ripped through the Frenchman in what has to be called a very poor showing for Gasquet. The line score in the easy victory for Fed ended at 6-3, 6-3, 6-1.

The semifinals appear very likely to produce a Djokovic vs. Federer final. After all, the Serb is undefeated against Cilic in thirteen matches, one of the more lopsided head-to-head series among active players. While Federer has a trio of losses to Wawrinka overall the Swiss No. 1 is 16-3 against the Swiss No. 2. Furthermore, Federer’s form in both New York and Cincinnati has been so impressive that perhaps he should be regarded as the true tournament favorite, especially with Murray losing in the middle round.

The semifinals for the men’s tournament go on Friday. Of the two favorites, arguably it is Djokovic that is more at risk than Federer. If the latter can rattle off two more victories in Flushing Meadows he will become not only the eldest player to ever win the US Open but the most senior to have ever won any major.