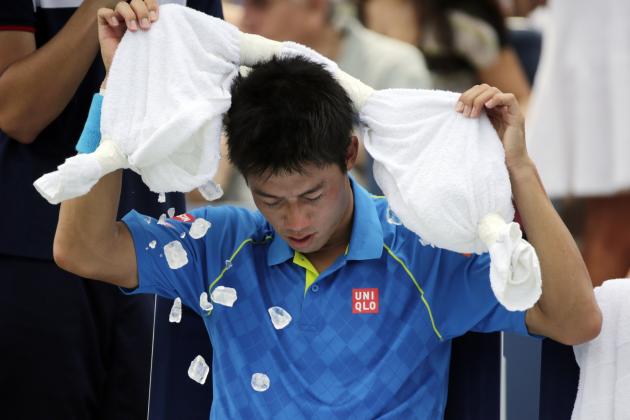 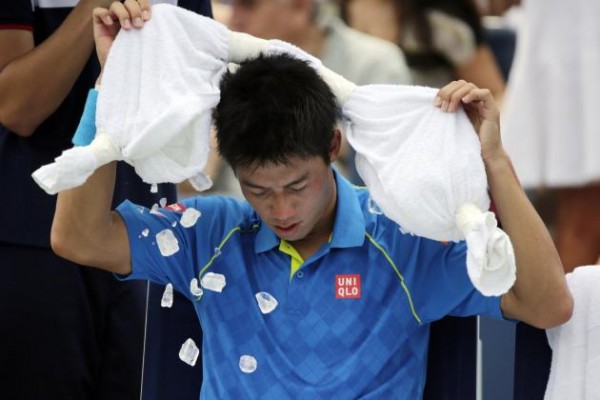 The 2015 US Open first round of tennis is over for men’s singles at Flushing Meadows and it’s time to issue a report card in consideration of the results. Starting with the Fs for fails and moving to the A-pluses, here’s my take on who makes what grade following the first two nights of action from New York.

Nishikori entered the 2015 US Open as one of the core favorites however his tournament is already over. The only high seed to see elimination from the men’s draw in round one, Japan’s top star squandered match points against Frenchman Benoit Paire before losing to him in five sets. Nishikori, who had made the final last season, will lose some 1190 ranking points with the post-US Open rankings update. That should see him drop down to at least fifth in the world and it’s fair to say that he’s lost some momentum.

The young qualifier from Sweden is a player few will be familiar with. Ymer, who is just nineteen years old, is still very much looking for his footing on tour. I expected that he would find some having drawn Diego Schwartzman but instead it was the Argentine who blasted Ymer off the court 6-3, 6-2, 6-2.

Mayer drew Roger Federer in the first round and that’s been doom for every such player over the years at Flushing Meadows. But Mayer was so flat in the match that he still has to be given a terrible grade following his performance. Fortunately Grand Slams are one-and-done so, in theory, we won’t be subject to such horrible play again in the near future.

Querrey was playing in the biggest tournament that his country has to offer and he drew Nicholas Mahut in the first round. That probably should have been a dunk for the American however Querrey, in front of a supportive crowd, fell in straight sets.

Wawrinka got through his first round match and he even won in straight sets. However with nine double faults and forty-five unforced errors he may only be through to the second round due to a lucky first-round draw. Wawrinka’s future opponents may not be so lenient with mistakes as Albert Ramos-Vinolas was on Tuesday.

The baby-faced South Korean won the first Grand Slam singles match of his career. It was only against James Duckworth so there’s not a ton to write home about. However Chung, who is only 19 years old, was still very efficient in winning in straight sets and in just over 90 minutes.

Nadal had a tricky opening round opponent in Borna Coric and the Spaniard won in four sets. Following some of the problems that Nadal has had this season, he has to feeling positive about the result.

Djokovic did not have a tough opening round opponent however with no double faults and only seven unforced errors, the Serb was as sharp as ever. He only needed 71 minutes to defeat Joao Souza 6-1, 6-1, 6-1.