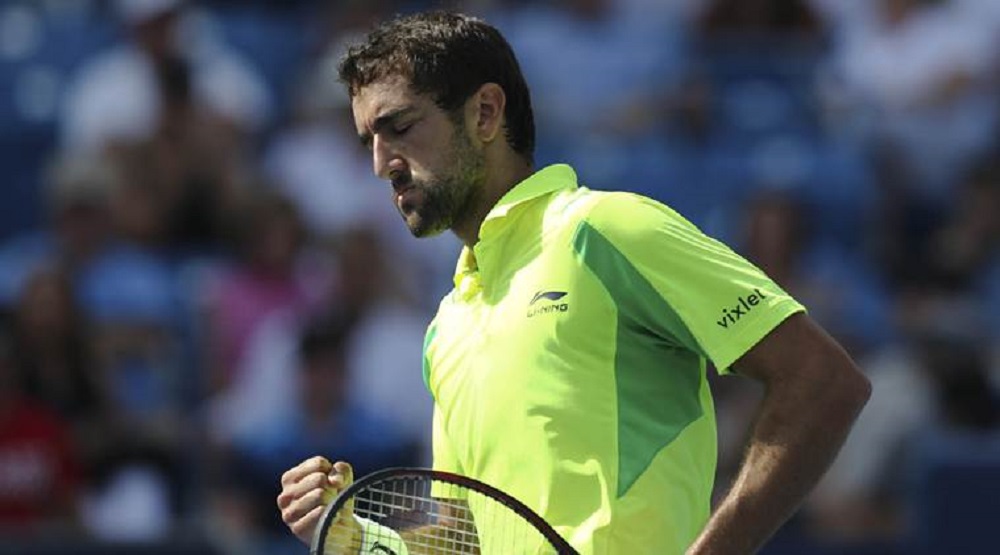 ATP tennis fans have to be wondering what’s going on with Marin Cilic. The World No. 7, who is currently just one spot removed from his career-high ranking, has started the season with terrible form. Rumors about him being injured are bound to start springing up as the Croatian is turning in low-quality results that we simply aren’t used to seeing out of him on a regular basis.

Cilic is ranked 7th in the world following an excellent yet inconsistent 2016 season. On the down side of things, he lost in the first round of the 2016 French Open to Marco Trungelliti. However, Cilic made the Wimbledon quarters and he won the Cincinnati Masters, defeating Andy Murray in the final. That title remains one of his career highlights in addition to his 2014 US Open title. In 2016, Cilic was also in the Tokyo semifinals late season ahead of winning ATP Basel.

But so far this season, Cilic is just 1-3 on the year. The lone victory he has, came at the Australian Open where he back-doored Jerzy Janowicz in a five setter. Cilic would lose in the next round of the first Grand Slam of the season to Daniel Evans. Year-to-date Cilic has three losses, all of which came against players ranked outside of the Top 50 at the times of their matches. To recap his season so far, Cilic lost to World No. 117 Jozef Kovalik in Chennai, Cilic lost to Evans in Melbourne, and Cilic lost to World No. 84 Dustin Brown on Wednesday in Montpellier. Quite often when a player who is ranked as high as Cilic starts losing to such low-ranked players, the slump is due to an injury.

On that note, I would speculate that something happened to Cilic in November. He was active in the ATP World Tour Finals where he went out during the round-robin stages. But perhaps more insightfully, Cilic was Croatia’s main hope for a Davis Cup title in very late November. He contested three matches in the final against the Argentines, and the line scores certainly suggest that Cilic got pushed to the max. In doubles, he was involved in a match that involved two tiebreakers. In singles play, Cilic played two five setters.

Thirteen sets of tennis in a short time frame is something only the most nimble and athletic players on tour can bounce back from. Cilic doesn’t really fit the bill, noting how poorly he did after his exhausting efforts at the US Open in 2014. That he’s going out and contesting matches right now is certainly positive. However, I’m thinking the trio of bad losses that he has to start the season to mean that he’s not at 100%. Hopefully, he takes the next month off to reset for both Indian Wells and Miami, two tournaments that he is capable of contending in.