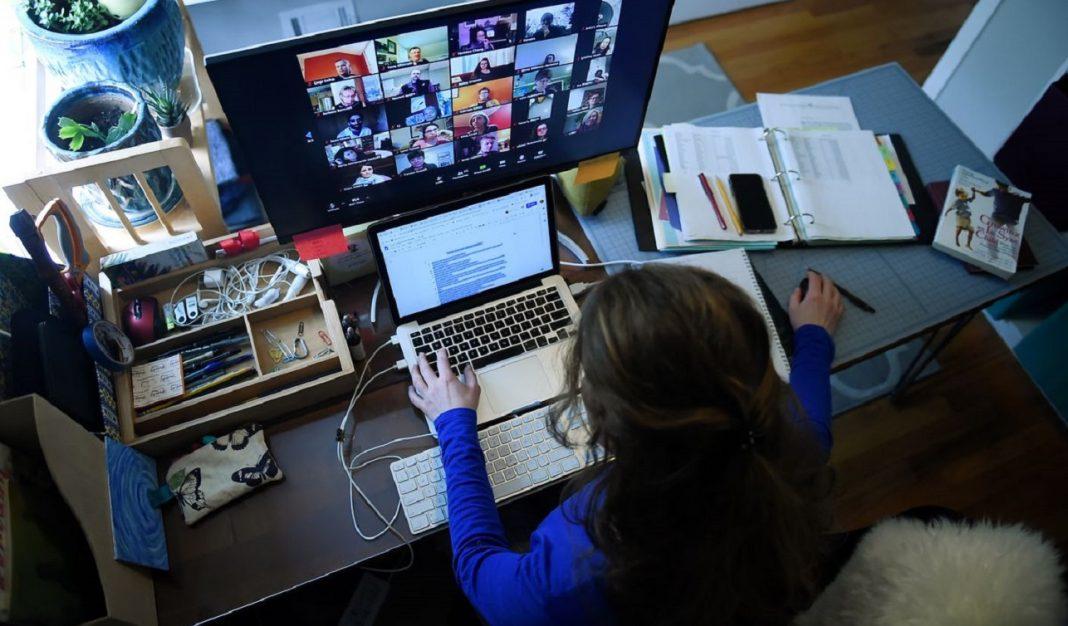 It doesn’t matter if a pandemic hits like Covid-19, entrepreneurs will figure out a way to cash in on it. With staying at home a must now, video chats have suddenly got many businesses excited.

Tech companies are swearing they won’t get any of your personal information, but when companies show this much interest in your online conversations, you know they are smelling major money.

Amid the coronavirus pandemic, this has become an era of Zoom birthdays, virtual happy hours, FaceTime story times and Google yoga classes. Our friends, coworkers, teachers — and doctors, if we’re lucky — now largely exist as faces in rectangles on our phones and computer screens.

With people’s social lives moved indefinitely online, a bevy of big and small tech companies want to unseat fast-rising Zoom from its perch atop the heap, given security concerns and other issues with the video-calling service. There were already several smaller contenders for the throne, and now there’s a big one as well: Facebook.

How Zoom Lucked Out

Zoom, which boasts 300 million users, had the luck to be in the right place at the right time just as millions of employees around the world suddenly found themselves ordered to work from home. But the service has always been focused on business users, and it shows. Inviting people to video chats is cumbersome — for instance, Zoom generates an invitation more than 20 lines long that offers a bewildering number of ways to connect (H.323/SIP protocol, anyone?). Its text-chat system is rudimentary and it gives people exactly two emojis for reacting to others in video — a wave and a thumbs-up.

Smaller services like Houseparty, which launched in 2016, think this gives them an opening. The app, owned by Fortnite maker Epic Games, lets up to eight people videochat together in virtual rooms, send video messages called “Facemail” and play games. Houseparty said in late April that it had 50 million new sign-ups in the past month — a figure that’s around 70 times above normal in some areas.

Facebook’s WhatsApp, Apple’s FaceTime and similar Google apps offer group video chat as well, although FaceTime is limited to iPhones and other Apple devices. So do a variety of more business-focused companies: Cisco with WebEx, Microsoft with Skype and Teams, and the smaller company 8×8 with its open-source service Jitsi.

Now Facebook aims to make a bigger splash in the field, although it will have to contend with privacy concerns and the question of whether it will ultimately show ads alongside video chat.

Called Messenger Rooms, the Facebook service announced Friday uses virtual rooms similar to those that exist for text chat within Messenger. These let you open the door so your friends can swing by unannounced, or schedule a dinner party for 8 p.m. on a Friday. People without without Facebook accounts can be included, and the company says they won’t have to create accounts

The tool will live on Facebook’s main app and on Messenger; it will eventually spread to WhatsApp, Instagram Direct and the company’s Portal video calling device as well.

“It’s really nice because during this period when we are all home, a lot of people you probably won’t call directly,” said Facebook CEO Mark Zuckerberg, speaking to media outlets via a Messenger video call from his home in Palo Alto, California. “There is not really another piece of software out today that would create that kind of spontaneous serendipity.”

Zuckerberg said Facebook had been working on the service before the pandemic forced people around the world to confine themselves in their homes. And he thinks the trend toward video communication will stay after it’s over, even if it is at an “unnatural peak” right now. The company is also expanding the number of people who can join WhatsApp video calls from four to eight and adding a “virtual” option to its dating service.

“Certainly having everyone at home has shifted how we think about this,” Zuckerberg said.

While Facebook has enjoyed a bit of a resurgence in usage amid the pandemic, it is not yet clear if that will stick if and when people return to normal. “Even though Zoom has had a hilarious assortment of security issues, Facebook strikes us as even less trustworthy,” said Carole Elaine Furr, an accountant in Richmond, Vermont, who is a frequent Zoom user.

Zoom’s meteoric rise has come with some growing pains. Hackers have invaded meeting rooms to make threats, interject racist, anti-gay or anti-Semitic messages, or show pornographic images, although the company has taken steps to prevent that. It also faced privacy concerns, such as an “attention tracking” feature that Zoom eventually removed earlier this month. Zoom was also sued in California for sharing user data with Facebook — another practice it now says it has stopped.

The COVID-19 pandemic has “rewritten the rules for interpersonal communication,” said Ian Greenblatt, managing director and head of the J.D. Power technology, media and telecom intelligence business. For some companies, he said, this could mean a rare chance to build awareness and consumer loyalty. For others, the sudden influx of users — and new ways of using their tools — means new challenges.

Facebook says it will not listen into video calls or record what people show or tell. For this reason, should a virtual date veer X-rated, the company is unlikely to step in unless someone complains. Facebook says it has no plans right now to show ads on video calls or use information from them to target users with ads. Of course, that could change.