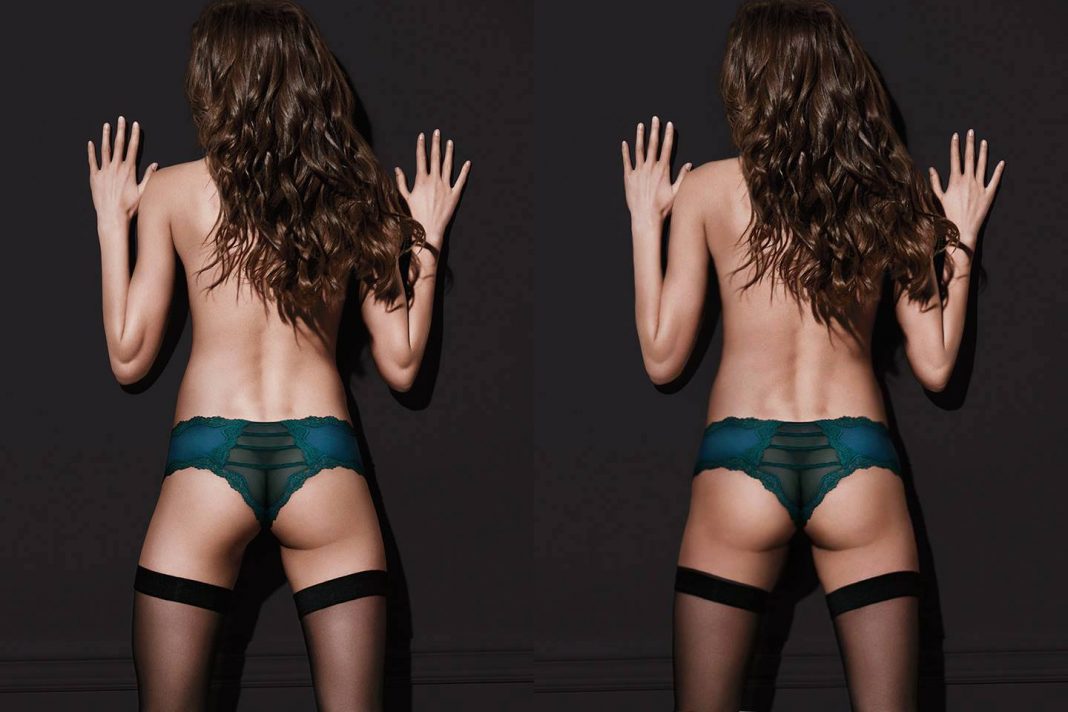 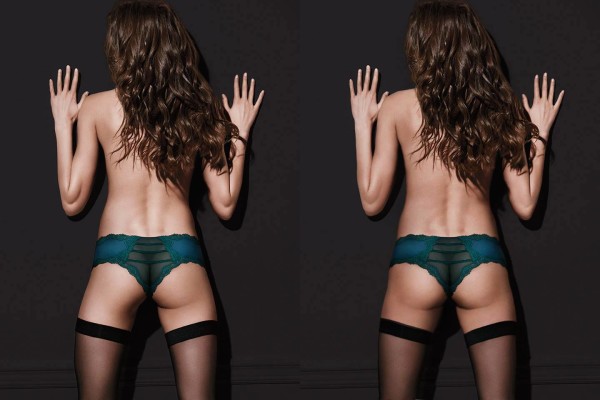 What does it to do your psyche to constantly be told that you have to conform to unrealistic standards that society continues to push down your throat? A lot.

It always baffles me when I see photoshopped photos, in particular of women who fit society’s beauty mold. I mean, damn, are you telling me that the women who have the perfect bodies still aren’t perfect enough? Well, hell, how in the fuck can anyone compete?

That’s the thing wrong with our culture and yes I know, majority of us know this and embrace the truth that it’s all bullshit. By my concern lies in what it does to the generation of boys and girls who allow this kind of marketing to shape their view of themselves, each other and the world. That’s what’s happening. They believe that what they see on TV and in magazine is the only way they can be worthy.

In the most recent Photoshop fail that Victoria Secret has yet to fix, it’s a picture of a woman, already in a demeaning position, with only one butt cheek visibly enhanced making her look pretty deformed. It’s not enough for her to be thin, white and perky, she has to have the perfect ass too.

Their lack of detail is only one issue with the picture which feeds into a bigger issue that continually grows and that proves all the more damaging. The need to alter one’s body as a way to gain acceptance and attention for the purposes of what? Money, fame, to say you have a bigger romp than the next? This is my problem with it and with others’ that are the poster children for this kind of thinking. 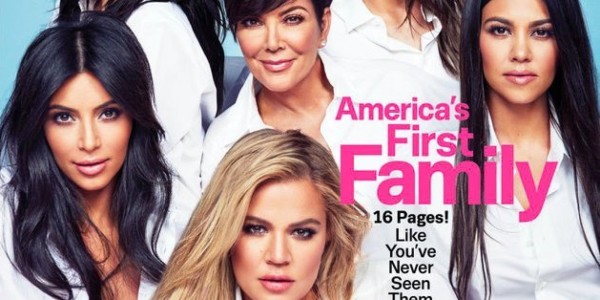 Enter the Kardashians and the Jenners. Their recent Cosmopolitan Magazine cover is beyond disturbing because it communicates to me a lack of consciousness on the part of these print publications and it shows what people will do for a pretty penny. Putting these women who are famous because one of them did a sex tap that enabled everyone to be set, on the cover of their November issue and then calling them “America’s First Family” is a blatant display of disrespect and negligence. Cosmo can’t consider itself to be lifter of women when they put fake, superficial, attention whoring personalities on their cover and then give them such a prestigious moniker.

Now I am not saying that the Kardashian’s aren’t nice people. From what I heart, they are pretty decent, but that does not take away from their pushing of a lifestyle that most people will never, ever have. And then making it seem like something is wrong with everyone else for not being able to attain their status is sad.

What happened to social responsibility in what companies do? If more entities would conduct themselves from an angel that believed in their ability to influence for the good and that’s what should matters, we would have much stronger self-worth and self-acceptance among younger generations who are growing up with Kylie Jenner and her sisters as their role models. Oh, you don’t think that what these socialites and reality TV shows do affect teen girls? You need to wake up.

I have been around young girls, 15 years old, who wants to be a basketball wife one day because they see Basketball Wives LA. The influx of fighting videos we see of girls going head to head with each other because they deem it okay to take care of disputes or to show their displeasure with someone by throwing fists is a breakdown of understanding of messages they receive from the media.

If I’m being honest here, it’s not just young girls. It’s impressionable women whose notion of self-worth has been stripped away by photoshopped pictures, airbrushed faces, enlarged chests, increased thigh gap and the presence of thigh brow.  When you don’t’ feel good about who you are and exist within a society that doesn’t allow for healthy self -reflection, you don’t have an understanding of what it means to conduct yourself with dignity and class.

There is literally no combination of words I can form to express my disappointment in what the Kardashians and Cosmo and Victoria Secret and others have created. A world where looking perfect on the outside is the ultimate measure of beauty and success. And the really f’d up thing about it is that men have embraced the same train of thought which feeds into the insanity even more. In fact, it is probably the most destructive of it all because every woman needs to feel wanted and every man wants Kim K and Beyoncé and K. Michelle. Right?

What can we do to combat this? How can we change the thought process? Or perhaps the real question- Do we want to?