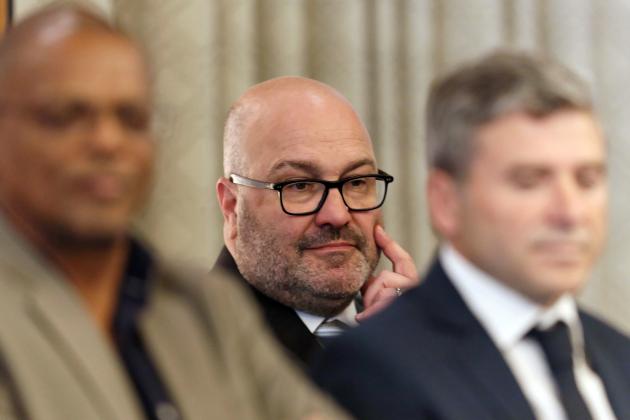 “Champions League does not need the likes of Leicester” – US Sports boss, Charlie Stillitano

US Sports executive Charlie Stillitano has revealed that the biggest Premier League clubs were involved in the discussions regarding the formation of a breakaway league which would guarantee the participation of the biggest clubs.

According to Stillitano, chairman of Relevant Sports, the biggest and the most popular clubs in the world should definitely feature in the Champions League, despite their annual performance in their respective domestic leagues. He cited the example of Premier League leaders Leicester City and claimed that Manchester United and Chelsea are more deserving of a place among the European elites than the Foxes.

“What would Manchester United argue: did we create soccer or did Leicester create [it]?” Stillitano told US radio station SiriusXM.

“Let’s call it the money pot created by soccer and the fandom around the world. Who has had more of an integral role, Manchester United or Leicester? It’s a wonderful, wonderful story – but you could see it from Manchester United’s point of view, too.

“Maybe that [Leicester being in the Champions League] is absolutely spectacular unless you are a Manchester United fan, Liverpool fan … or a Chelsea fan.

Stillitano believes that the Champions League should be restructured, and the tournament should have a closed system, unlike its current format.

“I guess they don’t have a birthright to be in it every year, but it’s the age-old argument: US sports franchises versus what they have in Europe. There are wonderful, wonderful, wonderful elements to relegation and promotion and there are good arguments for a closed system.”

Stillitano also disclosed the past discussions between them and UEFA. He stated that the preseason tournament ICC is much more prestigious than the Champions League as the European tournament features the teams such as PSV and Gent.

“We have talked to Uefa in the past because they had an interest in our summer tournament. That is something they would like to integrate into their portfolio,” he continued.

The likes of Chelsea, Manchester United and Liverpool can possibly lose the race for the Champions League spot this season. But the formation of a European Super League will ensure the involvement of these teams, despite their finish in the league. It is definitely a possibility in the near future but will it be good for the sport?