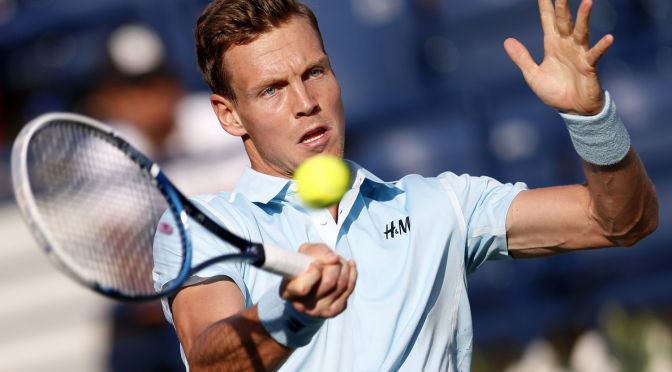 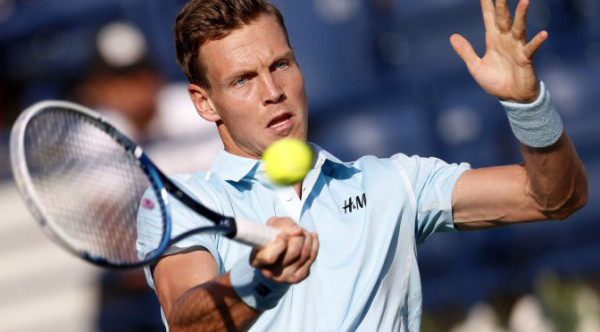 Eighth Seed Tomas Berdych moved into the 2015 Miami Open Masters quarterfinals after beating Gael Monfils on Tuesday in two sets. It didn’t help Monfils when he took a nasty tumble while playing and hurt his hip. That injury pretty much decided the game.

Tomas Berdych advanced Tuesday to the quarterfinals of the Miami Open when Gael Monfils fell and hurt his hip.

The No. 8-seeded Berdych was leading 6-3, 3-2 when Monfils retired. Monfils, seeded 17th, said he bruised his hip but hopes to be able to play in his next scheduled tournament in Houston.

Berdych, the runner-up at Key Biscayne in 2010, remains in title contention after saving four match points against Bernard Tomic in the third round.

No. 1 Novak Djokovic and No. 3 Andy Murray had fourth-round matches. 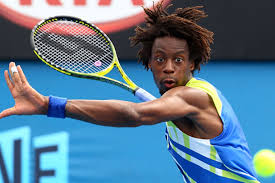 Known for his athletic and entertaining style of play, Gael Monfils is no stranger to sacrificing his body for his craft.

Unfortunately for the Frenchman, that strategy ended painfully on Tuesday at the Miami Open presented by Itaú, as he fell while lunging for a wide forehand in his fourth-round match against World No. 9 Tomas Berdych.

Perhaps remembering their last meeting in Rotterdam where Monfils crossed the net to assist Berdych after a painful fall, the Czech returned the favour on the hard courts of Miami. Within seconds, he was there to lend Monfils a helping hand as he got back on his feet.

Despite the act of sportsmanship, the World No. 19 was able to play just one more game before retiring from the match due to his injured hip. Berdych, who led 6-3, 3-2 when Monfils was forced to withdraw, will next face the winner of Fernando Verdasco and Juan Monaco.

Eighth seed Tomas Berdych reached his sixth quarter-final in six tournaments this year on Tuesday as he advanced at the Miami Open presented by Itaú. The Czech was leading 6-3, 3-2, when Gael Monfils was forced to retire after falling heavily in the fifth game.

Berdych has a 22-5 match record in 2015, highlighted by runner-up showings in Doha (l. to Ferrer) and Rotterdam (l. to Wawrinka) and a semi-final run at the Australian Open, where he defeated Rafael Nadal before falling to Andy Murray.

The 29-year-old Berdych reached the final at this ATP World Tour Masters 1000 in 2010, falling to Andy Roddick, and was a semi-finalist last year. For a place in another semi-final at Crandon Park, he will face either Juan Monaco or Fernando Verdasco.