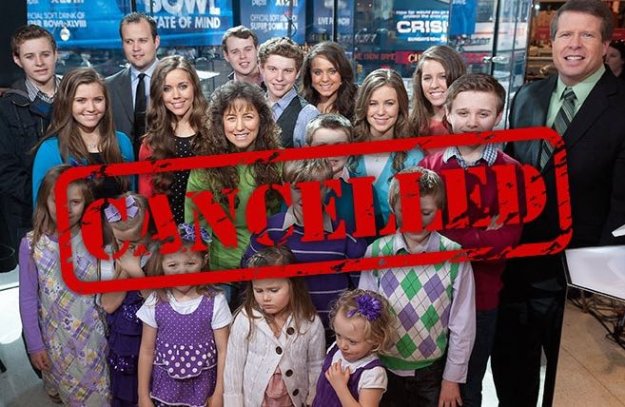 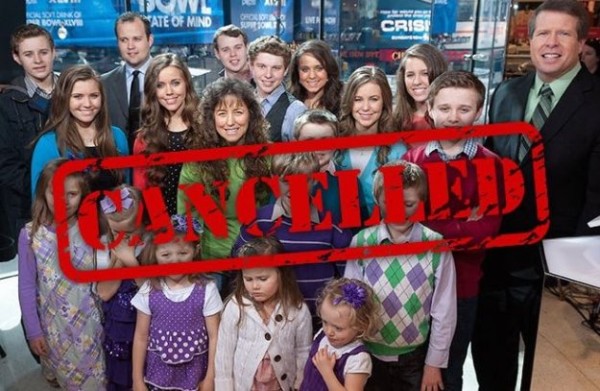 “After thoughtful consideration, TLC and the Duggar family have decided to not move forward with 19 Kids and Counting. The show will no longer appear on the air. The recent attention around the Duggars has sparked a critical and important conversation about child protection.”

The show had been suspended for roughly two months following the Josh Duggar’s confession that he molested several underage girls 12 years ago, two of which were his younger sisters.

In their statement, TLC also revealed that it had been consulting with leading U.S. victims’ rights and advocacy groups on how to handle the situation (i.e. whether to continue the show or not).

They also revealed that they would be airing a one-hour documentary later in the summer that centered on child sexual abuse, which will include victims Jill and Jessa Duggar. “TLC has been especially concerned for the victims in this situation, including the Duggar family, and it is our hope that this effort will help those in need learn where to turn for information and help,” the statement added.

For the special, TLC will be partnering with RAINN, the Rape, Abuse & Incest National Network, which also released a statement that read, “We are pleased to be partnering with TLC to fight child sexual abuse, and appreciate its efforts to spur a national dialogue about this issue. Child sexual abuse affects millions of families across the nation, and we all have a responsibility to work together to end it.”

Josh’s parents Jim Bob and Michelle also released a statement today about the cancellation, saying “Today, TLC announced that they will not be filming new episodes of 19 Kids and Counting. … With God’s grace and help, Josh, our daughters and our entire family overcame a terrible situation, found healing and a way forward. We are so pleased with the wonderful adults they have all become.”

The Duggar parents also spoke about what’s next for them after “19 Kids,” adding in the statement, “We look forward to working with TLC on this upcoming special documentary and hope that it is an encouragement to many.”

It seems that TLC was hesitant to remove the show permanently as it was one of their highest rated shows. This, however, evidently changed once big name advertisers backed away from airing during the TLC series. Companies such as CVS pharmacy, Ace Hardware, ConAgra Foods, Pure Leaf Iced Tea, Behr Paint, Party City, Walgreens, and Payless Shoes stopped paying for airtime during the show amidst Josh’s confession.

This situation is very much similar to the Bill Cosby situation; in which TVLand, Netflix and NBC were quick to cancel Cosby’s show after the allegations of his sexual misconduct came public. Although, many have speculated as to why TLC took so long to decide to cancel the show.

I think TLC had a lot to consider and while morally, it may have been best to right away cancel the show, financially and ratings wise, it was very likely a tough decision for the network.

First off, as I previously mentioned, 19 Kids and Counting is one of TLC’s highest rated shows. It has been on the air since 2008, with 15 seasons under its belt. In addition, numerous members of the Duggar family are going through more joyous occasions in their life, such as marriage and pregnancy. These events are often highly publicized and therefore bring in plenty of viewers to the network.

For the most part it seems that the majority of social media posts following the news of cancellation have been in favor of TLC’s final decision.

I can't believe it took sexual molestation to get 19 Kids and Counting off the air. #19KidsAndYawning

In my opinion, I believe TLC probably did the safest thing. Although, I wouldn’t see a problem with keeping the show on and simply not including Josh in the series here on out, I think there is a large portion of people that wouldn’t accept this compromise.

In no way do I want to downplay or make light of Josh Duggar’s actions, but I do believe the fact that it occurred over 12 years ago, while he was in his early teens, is sometimes overlooked. Also, Josh Duggar came forward and confessed his wrongdoings. This action itself must have been incredibly tough for him and his family. It is clear by doing so, he is willing to take responsibility for his actions and wants to express his guilt and feelings of shame.

I also think that the family, being as controversial as they are, also plays into the relentless backlash they have experienced. The family has, on numerous occasions, expressed extremely controversial views (such as their opposition to gay marriage). I think their polarizing opinions have fueled a negative response from much of the public that unfortunately was even more vocalized after details of Josh Duggars’ incident surfaced.

Therefore, no matter how many joyous occasions the rest of the Duggar family goes through if the show were to continue, I think the family has dug a hole for themselves. The public is unfortunately going to be focused on the negative events associated with the family. It is probably in the best interest for the family to go off air and take some time out of the spotlight, allowing the rest of the family to genuinely enjoy the positive things they are going through and not let them be overshadowed by the grey cloud that would follow the family if they were to stay on air.

So, although I think with an updated format (exclusion of josh Duggar) TLC could have potentially continued airing 19 Kids and Counting, it was most likely the best decision for both the network and the Duggar family to end the series.