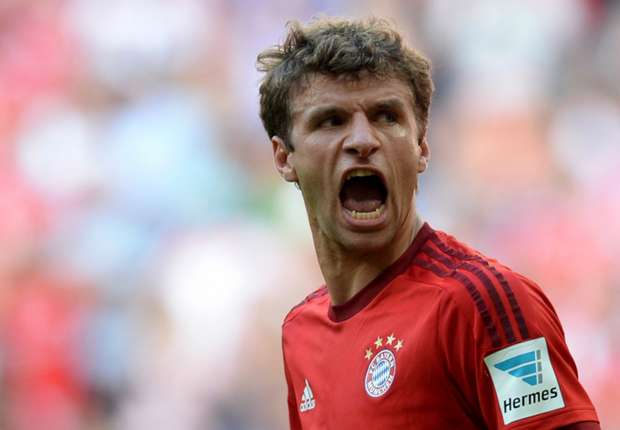 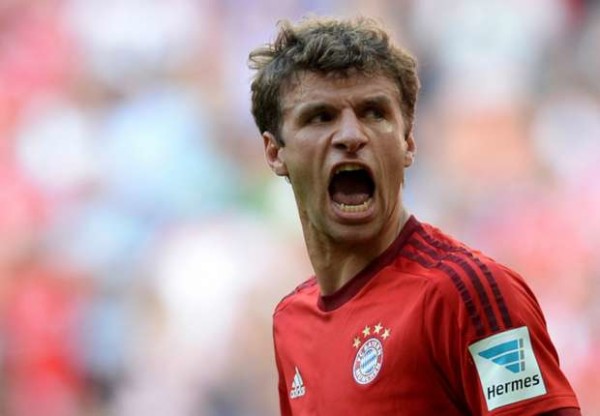 Thomas Muller has put pen to paper and signed a deal which would keep him at the Allianz Arena until 2021. The Bayern Munich forward has stated that the contract extension will be a statement by both him and the club about their intentions of having a future together.

The Bavarian giants declined massive bids by Manchester United in the summer transfer window and this new contract will since the transfer rumors at least for the short-term and will ward off interest of the Premier League giants.

“The renewal was a statement by me and the club that we feel comfortable with each other and have huge ambitions. It is also a small sign that Bayern is not a club you simply leave,” he told a news conference in Doha.

“The environment [at Bayern], the infrastructure, the history and the culture in recent years are incentives that not every club, or every city, has to offer.

The 26-year-old believes that Bayern Munich are one of the biggest clubs in the world and it isn’t club that you leave. Although he also admitted that the Premier League has a lot to offer at present.

“Of course, England offers a lot at the moment, but Bayern does not have to hide.”

The Germany international has scored 25 goals for club and country so far, but he is adamant that his level of performance won’t drop in the second half of the season.

“Of course, I am not satisfied with my own performances and goals, I make no secret of that,” he said.

“We want to play a good second half of the season and challenge for titles. Then we will see what’s left.

“I want to help the team. I try to be a player who is there for the team, even off the pitch. You always have to find the right mix of being serious and relaxed. And you have to be there when it counts.”

Muller also gave his honest opinion on the best players in the world. According to the Bayern Munich forward, Cristiano Ronaldo and Lionel Messi are cut above the rest, and he can’t be compared to them mainly because of their extraordinary numbers each season.

“I can imagine many things, but I would never see myself as a favourite one year,” he said.

“You can’t compare my game with Messi’s, Neymar’s or Cristiano Ronaldo‘s. And apart from the last six months, I have not reached their high figures.

“Ronaldo and Messi, in particular, are above everybody else. Barcelona won the treble, too, so it is justified they have two players in the shortlist.”

Bayern Munich are currently enjoying the warm weather training in Doha and their season resumes on January 23 when they face Hamburger SV away from home.