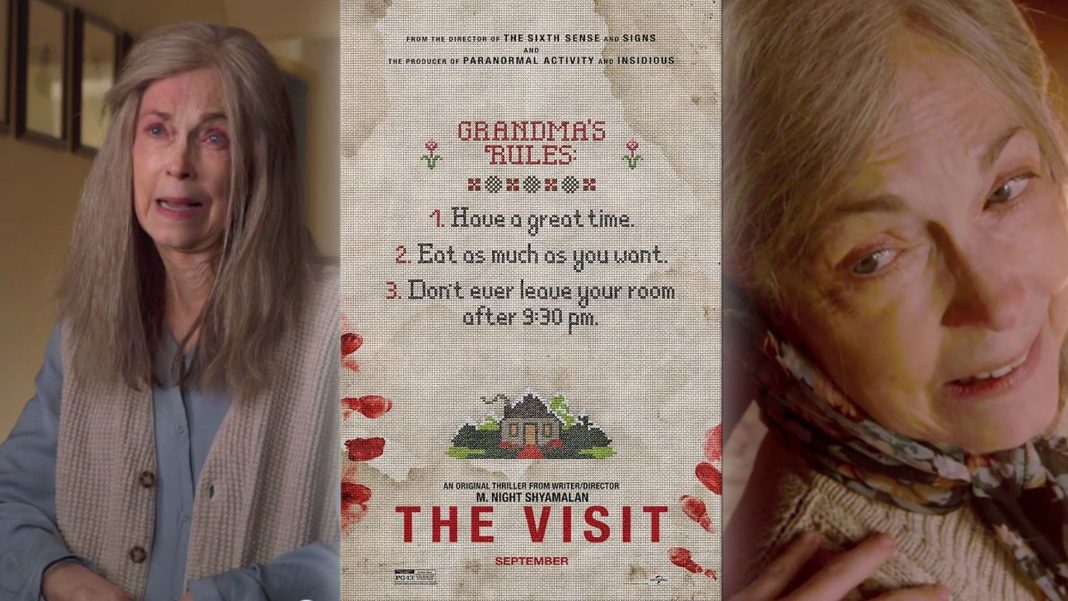 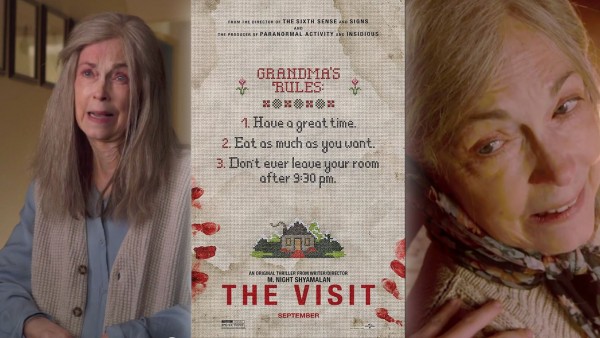 The Visit is M. Night Shyamalan’s second movie in the past two and a half years. And since After Earth was pretty much panned (although it made well over $244 million) some people consider this his return to the big screen with a movie that a lot of people actually like. The director who was lauded for the Sixth Sense has yet to really recaptured the brilliance of that 1999 blockbuster. While people rave that The Visit is his return to glory, I beg to differ.

Don’t get me wrong it was a good effort and to me has all the makings of being a true “comeback” for the Indian director, but it just doesn’t deliver.

The premise of the movie, without giving away too many pertinent details, is creepy and there is an air of “suspense” throughout the whole movie but it doesn’t completely commit to being a real horror film. Brother and sister Tyler and Becca go to visit their grandparents, whom they have never met, in a country hometown in Pennsylvania where their mother grew up. She sends them away on a train to her parents (whom she has not spoken to in 16 years) as she and her boyfriend go on a cruise. Popo and Nana are there waiting for them and welcomes the two youngsters with open arms and homemade cookies. It’s those cookies that are the source of the first sign that something is not right at the elderly couples house later on that night.

We all know that going to an unknown place meeting people that you’ve never met before can be a little weird but when you leave your room to grab more of those delicious cookies your mom’s mom made, you don’t expect to be met with a vomiting Nana that doesn’t even know you are watching.

Aside from this grossed out moment (I can’t stand vomit) it is clear that the things going on at this house are out of place as there is an air of suspicion that continues to grow with each and every confusing incident.

As far as the story and the overall tone of the movie, there are definitely some jumping moments. When they play under the house and unbeknownst to Becca and Tyler, Nana joins in on the ”fun” by chasing them, you get the feeling that this woman is either crazy or just a really good sport.  Other than those kinds of moments that make you say “huh” the telling of the story moves just a little too slow. If it had more real scary moments within the unfolding of the plot, it would have sufficed for the pace, but they just aren’t there.

The thing that I will give Shyamalan is the twist you don’t see coming. I won’t give it away here, but let’s just say the reason for Nana and Popo’s strange and frightening behavior is indeed a disgusting mystery.

While I am disappointed that the hype of the movie doesn’t deliver on its actual quality, there are some comical moments in the movie that work. It is always risky to include comedy in thrillers because they may no go over very well. For instance with the first installment of Insidious, which scared the hell out of me, while there was comical relief that added to some thematic moments, it became distracting. In The Visit, Tyler’s love for rap music and his cultural appropriation, which some people may be offended by, is funny. It makes the character more real. Also with Becca, the character quirks Shaymalan gives her also makes her relatable. I mean, how many of us with a dream to work in film have considered ourselves the next Martin Scorsese and have gone around filming everybody and everything for our future award winning documentary? Probably the thing that makes Becca and Tyler’s idiosyncrasies work is that they play into, for the most part, furthering the plot of the story.

As for the rest of the movie, there are some plot points that I just don’t understand and that to me is the reason why this movie doesn’t live up to its expectations. Yes, it is probably better than most of Shaymalan’s recent movies (although I didn’t think Devil was that bad of a movie) but it still misses the mark. I give it a B-.