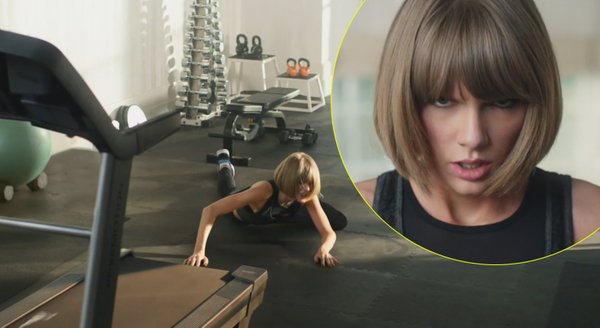 Things move quickly in Hollywood – so while Taylor Swift may have openly criticized Apple Music a little under a year ago, it looks as though it is all water under the bridge. The country-turned-pop singer has been revealed as the star in Apple Music’s latest ad which you can check out just below.

On Friday, Taylor shared the promotional advertisement, which features her jamming out while getting a workout in on the treadmill. The commercial begins as Taylor presses play on a workout playlist that is made for running that is available on the Apple Music streaming service. She then proceeds to begin her workout as Drake and Future’s “Jumpman” starts to play. Taylor does not miss a beat, as she playfully raps along to the well-known track. A few seconds later Taylor is seen face down on the ground, as she seemingly gets lost in her rapping abilities and is subsequently thrown off by the treadmill. However, like the good sport she is, Taylor continues to rap even when she is lying on the gym floor. The ad then cuts away to a screen that reads “distractingly good.”

After posting the humorous video alongside the caption “Based on true events,” Taylor has been receiving ample praise for her playful, and, unfortunately, relatable, ad.

Moreover, it looks like Apple’s decision to cave into Taylor’s demands back in 2015, in which she requested that the company pay singers during their streaming services free trial period, was in their best interest. Undoubtedly this latest team-up with the singer will win Apple over plenty of new users for their streaming service – especially those who are fans of Taylor or can relate to the treadmill debacle that she is shown experiencing in the ad. 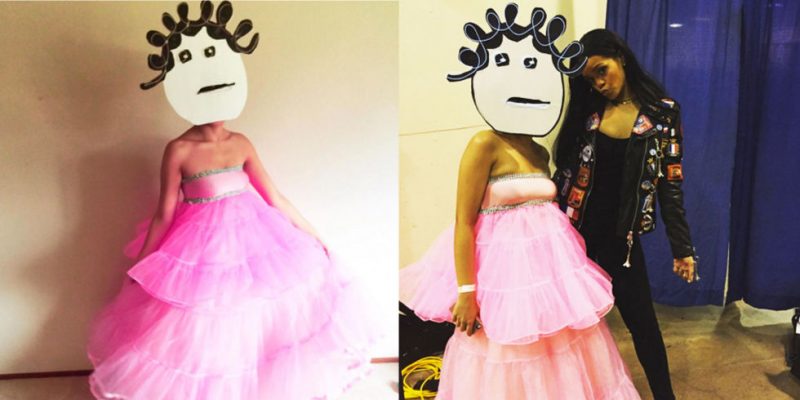 Want to know how to get some one-on-one time with pop superstar Rihanna? Well, based on one of a lucky fan’s recent experience, it simply entails dressing up in an elaborate and clever Rihanna-themed outfit!

While performing in Hartford, Connecticut, Rihanna reportedly invited a fan named Emily Graily to come meet her backstage after the singer spotted her in the crowd. Emily was able to get the singer’s attention, as she donned a large pink ball gown, which paid homage to Rihanna’s gown from the 2015 Grammy Awards, as well as a mask of the Rhenna meme (which Rihanna has used as her icon on various social media platforms).

Emily gushed about her once in a lifetime experience to MTV News, explaining, “During the concert, [Rihanna] came from behind the area and she did her whole catwalk to the front of the stage. As soon as she got to the middle, she pointed me out and winked at me, and I was like, OK, it’s going down.” Emily continued, “Yeah, so after the show, when she was doing her bows, I mouthed, ‘I love you, you’re the best,’” and she mouthed, ‘I love you too, I love all of this,’ referring to my costume – and then she was like, ‘I got you.’ And then she just left.”

Fortunately, before Emily made it out of the arena, Rihanna’s hairstylist spotted her and proceeded to take her backstage to meet the singer. Thus, Emily ended up spending some quality time with Rihanna. 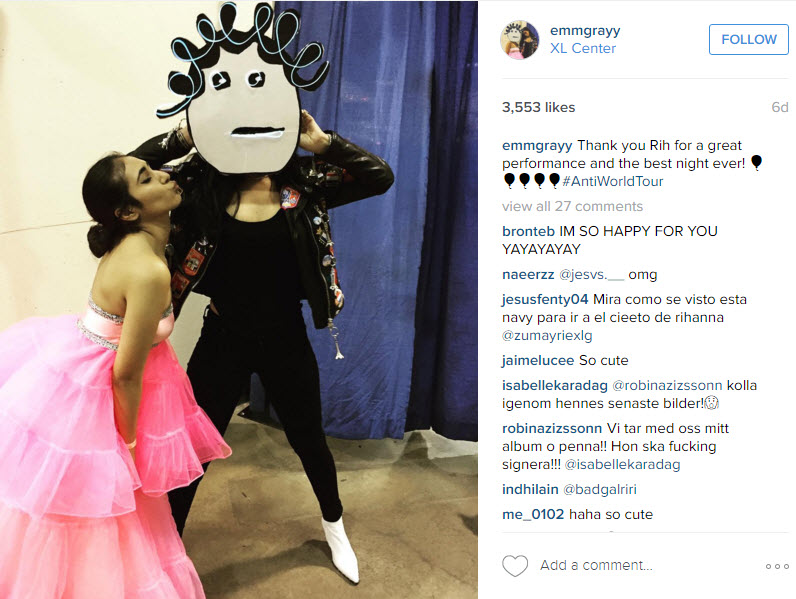 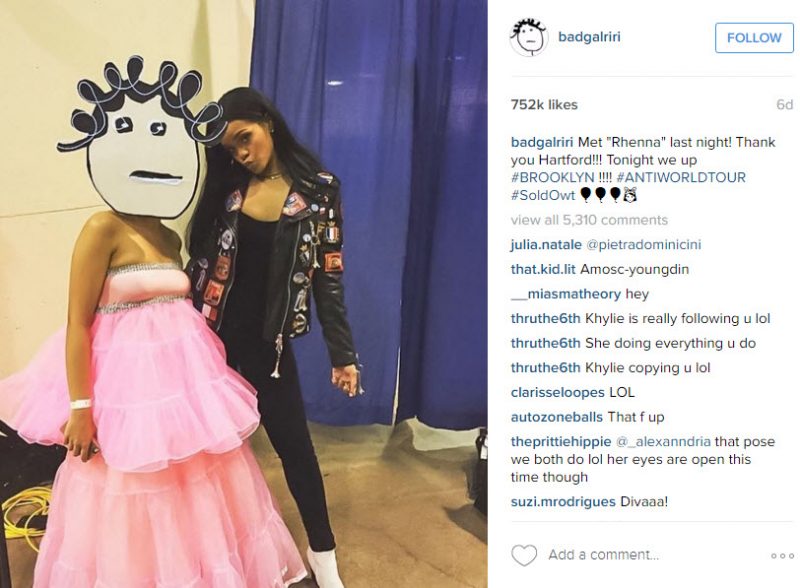