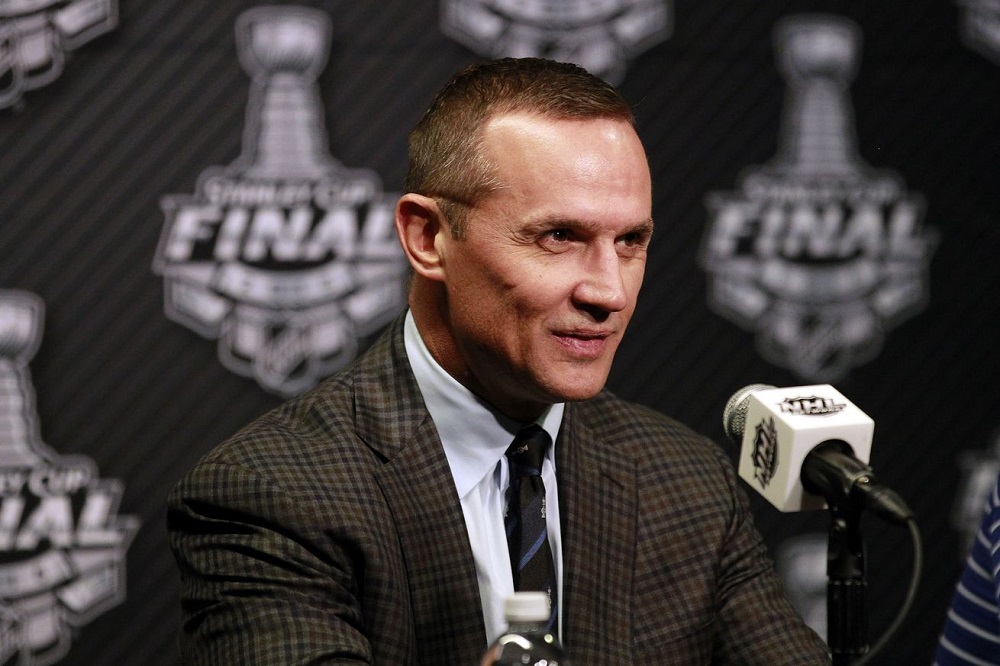 The NHL trade deadline has passed, and there will now be a lot of talk about who made the good moves and who made the bad ones. One team that should clearly be placed on the trade-losers list for moves made in the last week is Los Angeles. The Kings acquired both Jarome Iginla and Ben Bishop, two players that you wouldn’t go out and get with any expectations that it would improve your playoff chances if you’re the Kings.

Entering March, the Kings are on the outside looking in when it comes to the playoff picture. They have 66 points, they are 8 back of the Anaheim Ducks in the Pacific Division, and the Calgary Flames are one team between LA and Anaheim. In the Wild Card picture, things certainly aren’t so bleak. The Kings trail the St. Louis Blues by one point for the last playoff spot, and there is clearly all to play for between the two teams.

The question LA fans should be asking is what did Los Angeles gain in acquiring Iginla for a fourth-round draft pick? Firstly, it could be pointed out that the Kings didn’t really lose anything that will impact them right now (except $$$$) as the effects of losing a fourth-round draft pick, although hard to measure, are down the road. But, Iginla has just 18 points in 61 games for the Colorado Avalanche this season. There is no clear expected impact with acquiring him and it looks like LA just took on extra salary while sacrificing the future a bit without any significant return.

I hate this Iginla move by the Kings. Rentals at the expense of high draft picks make zero sense this season.

When Wil Wheaton would do a better job hitting the trade ‘engage’ button to ‘make it so’ you ‘live long and prosper’ in the NHL playoffs your sports franchise is in trouble: “I hate this Iginla move by the Kings,” Wheaton tweeted. “Rentals at the expense of high draft picks make zero sense this season” (March 1st).

I think people will argue things like ‘veteran leadership’ and depth in favor of the Iginla acquisition. However, the former is pretty ambiguous and might never affect the bottom line in a clear way. In regard to the latter, if Iginla has to take on a major role because of someone getting injured then that will just be the end of Los Angeles. I wonder if the Kings committed what I’m going to call the Ghost Fallacy here: signing/acquiring a player based on past performances even though his time appears to have past. I think the former MVP’s numbers will improve a bit in Los Angeles thanks to better teammates, but don’t expect a miracle. The Kings are ever-so-marginally better at costs that I don’t think are worth it.

With the Ben Bishop/Peter Budaj trade, you could actually argue that the Kings got worse – at greater expense. Peter Budaj, Los Angeles’ former goalie, was in a workhorse role this season after Jonathan Quick got injured very early in the campaign. Budaj has the 16th-best save percentage in the league for guys that have appeared in at least 20 games (.917). If you apply a minimum game criteria of 50 games then he’s 2nd best.

Budaj platooning with Andrei Vasilevskiy might work really well for Tampa Bay. The latter isn’t a slouch by any stretch, and maybe Budaj’s stats improve a bit if he starts getting more rest between starts. With Quick between the pipes, Los Angeles are better than they were a short time ago in my view, but that’s not due to a trade. I think the Kings were better with Quick/Budaj than with Quick/Bishop and the relative stats this season speak for themselves. Bishop is an average goalie who was part of some playoff success from not long ago. However, Budaj is the opposite of a ghost: he’s a guy that has weak historical stats, but good ones right now. LA should have ridden that.

Pat Iversen, writing at SBnation.com, offers this on the Bishop trade: “Step back from the trade for a second, and you find this makes all kinds of sense for the Kings. The Kings have 21 games left. Of those, 10 of them are in back-to-back situations. Any team in L.A.’s position…would need to ride their elite goalie without rest the whole way to make the playoffs.”

Iversen suggests, correctly, that the Kings can’t have Quick playing the back-to-back situations. However, how the trade “makes all kinds of sense” remains entirely unexplained. What was wrong with Budaj, a much-much-MUCH cheaper goaltender than Bishop with better stats, relieving Quick? That’s the issue at hand. All Iversen states is that teams need back-up goalies to deal with fatigue to the main goalie.

Yes, we know that.

@LAKings Why did you trade Budaj who put up better numbers then Bishop did?

Jayke Gilletz, someone on Twitter, has a better grasp than Iversen: “@LAKings Why did you trade Budaj who put up better numbers then Bishop did?” <sic> (February 28th). Better numbers at like 1/10th the price. Spotrac says Ben Bishop gets paid $5.95M per year while Budaj, from the same source, gets $600,000.

Yzerman on what message the trade sends to team: "My message is we're still trying to make the playoffs. That's why we brought in Budaj."

At this point, I think people might interject the phrase “playoff goalie” and reference Bishop’s save percentage in the playoffs the last couple of seasons. The same people might prefer to have Corey Crawford right now than Devyn Dubnyk. People that think like that are the ones that good GM’s target for trades and, make no mistake, Steve Yzerman schooled Los Angeles here.

That said, the Kings aren’t dead in the water, but the trades they made did nothing substantial. Heading into the post-deadline home stretch, the Kings’ hopes largely rest on a hot streak from Quick, one that could be coming. He may have been injured all season, but if he’s healthy now, then he shouldn’t have any other niggling injuries precisely because he hasn’t been playing all season. The same can’t be said about players that have logged 50+ games season-to-date.

I don’t like the trades, but I do like LA’s chances of making the post-season if there’s nothing wrong with Quick. If it comes down to Bishop saving the Kings, then I don’t know what people are seeing. He’s a big reason why Tampa Bay are buried underneath four teams for the 2nd Wild Card spot, despite a recent hot streak. Small wonder Yzerman traded him.