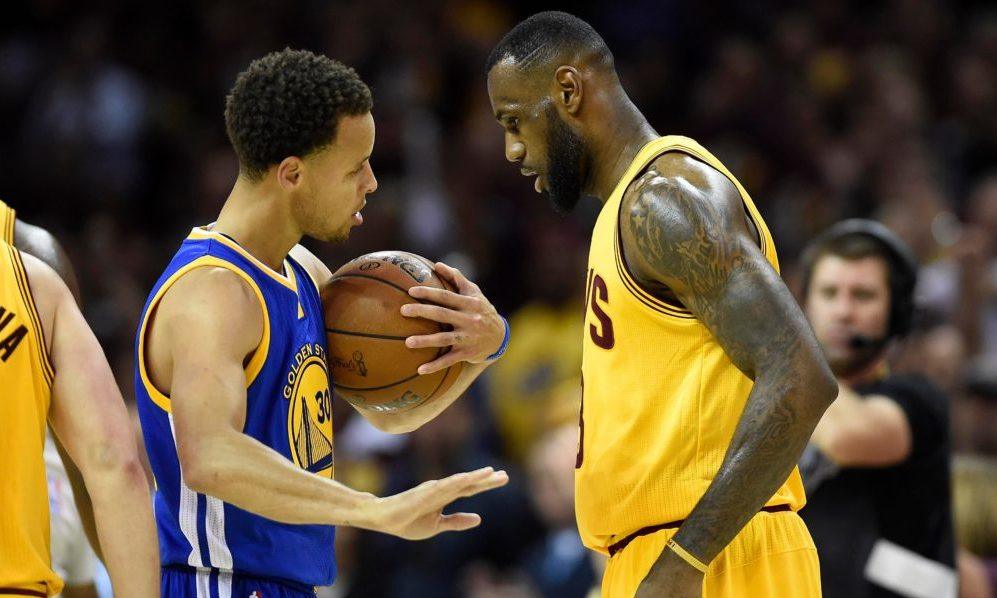 “It’s really annoying for me,” said Curry when asked about trying to steal another title from James. “That’s not what I’m playing for, to be the face of the NBA or to be this or that or to take LeBron’s throne or whatever. You know, I’m trying to chase rings, and that’s all I’m about. So that’s where the conversation stops for me.”

Oh c’mon, Steph. You know you like it. First, it was Kobe Bryant vs. LeBron James, now it’s LeBron James vs. Steph Curry. The King had a few years as the undisputed man, but now Curry is spoiling his championship window.

Even if Steph doesn’t care about the comparison, LeBron can’t be happy. Bryant is retired, and the San Antonio Spurs are getting old. This was supposed to be the LeBron James era—his long-awaited Michael Jordan moment. He got the Space Jam 2 role, all he needed was three or so more rings.

Curry and the Golden State Warriors weren’t part of the plan.

All of a sudden, LeBron has some serious competition again. And the Warriors are made up of young stars, too, so they aren’t going to retire like the rest of his nemeses. But who would have thought LeBron would be competing not only for his championships but also to remain the face of the league.

“I’m not in the business of ranking or debating who is what,” continued Curry. “At the end of the day, it’s about winning, and the fact that we won a championship last year and were the last team standing, obviously, is what was most important to me.”

“I don’t think there’s just a face in the NBA,” said Klay Thompson, throwing fuel on the fire. “I think there’s faces because it’s such a star-driven league, and players really make the league because there are so many great athletes.”

I hate to break it to you, Klay, but LeBron is the face of the NBA. If y’all pull off the repeat, then maybe Steph has some room to talk. Unfortunately, casual fans don’t know who you are because ESPN doesn’t worship you.

After the NBA Finals media days, I’m cheering even harder for the Cleveland Cavaliers. One thing I noticed watching LeBron, Klay and Steph is that while James has nothing but respect for the Splash Brothers, Steph and Klay are only worried about promoting themselves.

“I think it might be easier for the common fan to relate to Steph because it’s hard to be 6’8, 260 [pounds] and have a 40-inch vert and be the fastest guy on the floor,” continued Thompson. “So, I mean, the casual fan might relate better to Steph because he doesn’t have that athletic, just God-given ability. It’s tough to say. It’s just personal preference, honestly.”

I hope LeBron doesn’t hear that. Where the hell does Klay get off saying one of the hardest working players in the NBA is running off “just God-given ability.”

Sure, LeBron has a natural ability that most don’t, but does Steph not? Are we supposed to believe that anyone could work hard and be considered one of the best shooters of all time? Is Steph just outworking literally everyone in NBA history?

I guarantee you he doesn’t shoot as much as Ray Allen did back in the day. I know for a fact that prime Kobe would work circles around him.

I don’t care how gifted you are. No one makes it to the NBA without working for it. Not even Yao Ming.

And you sure as hell don’t become LeBron James without working your ass off for it.