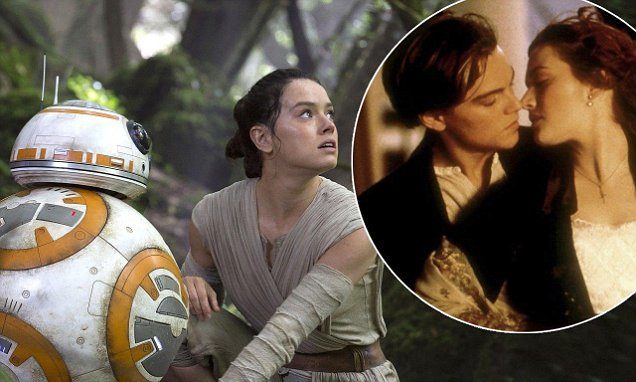 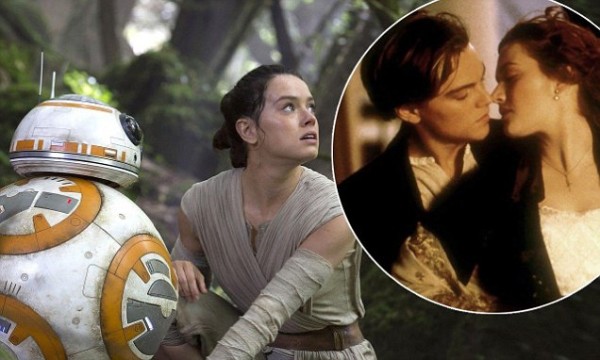 “Star Wars: The Force Awakens” has not only supercharged the US box office but this weekend it continued kicking box office butt and taking names as it flew past both “Titanic” and “Jurassic World’s” domestic grosses to become the second-highest earning movie of all time. James Cameron still has one film in the lead though with “Avatar”, but you can bet the Mouse House has its sites on that one too.

“Star Wars: The Force Awakens” marched confidently into the new year, raking in an additional $88.3 million over the New Year’s weekend and topping the box office for a third week, according to studio estimates Sunday.

In addition to setting a new high mark in New Year’s box office history, the record-busting film blew past the domestic grosses of both “Jurassic World” ($652.3 million) and “Titanic” ($658.7 million) to become the second-highest earner of all time with $740.3 million in just 19 days of release.

The top domestic film is “Avatar” with a $760.5 million lifetime domestic gross, but “Star Wars” is barreling in to surpass it soon. For context, it took “Avatar” 72 days to reach $700 million. “Star Wars” did that in 16 days.

Internationally, “Star Wars” earned $96.3 million this weekend, boosting its global total to $184.6 million. The film opens in China on Jan. 9.

While “Star Wars” might not give up its throne any time soon, films like “Daddy’s Home” and “Sisters” have proven to be incredibly strong performers.

“Daddy’s Home,” the comedy starring Will Ferrell and Mark Wahlberg, came in second with an estimated $29 million, bringing its total to $93.7 million in just two weeks. The film fell only 25 percent from its first weekend in theaters. Even more formidable is the mere 11 percent drop from the Tina Fey and Amy Poehler comedy “Sisters,” which brought in $12.6 million in its third weekend for a fourth-place spot. The film has earned $61.7 million so far.

“When you look at the holding power of ‘Daddy’s Home’ and ‘Sisters,’ it shows you that those films are for many people the antidote to ‘Star Wars,'” said Paul Dergarabedian, a senior media analyst for box office tracker Rentrak. “The diversity of the slate that the studios created by not retreating from ‘Star Wars’ is helping.”

Quentin Tarantino‘s bloody Western “The Hateful Eight,” meanwhile, took third with $16.2 million in its first weekend in wide release after a strong limited debut. The three-hour epic, which cost a reported $44 million to produce, has made $29.6 million to date — just shy of what “Django Unchained” made in its first weekend.

“There is still a big audience out there for auteur-driven cinema,” Dergarabedian said. “Tarantino, no matter what, is an interesting filmmaker. Film fans want to see what he’s up to. It’s not as big as some of his other films, but it’s still doing well as it expands.”

“Alvin and the Chipmunks: The Road Chip” took fifth place with $11.8 million, dropping only 10 percent from last weekend.

The year is off to a strong start overall, up 24.5 percent from last year. This New Year’s weekend could even set a record if it tops the $220 million total of 2009/2010, when both “Avatar” and “Sherlock Holmes” were in theaters.

Estimated ticket sales for Friday through Sunday at international theaters (excluding the U.S. and Canada), according to Rentrak: