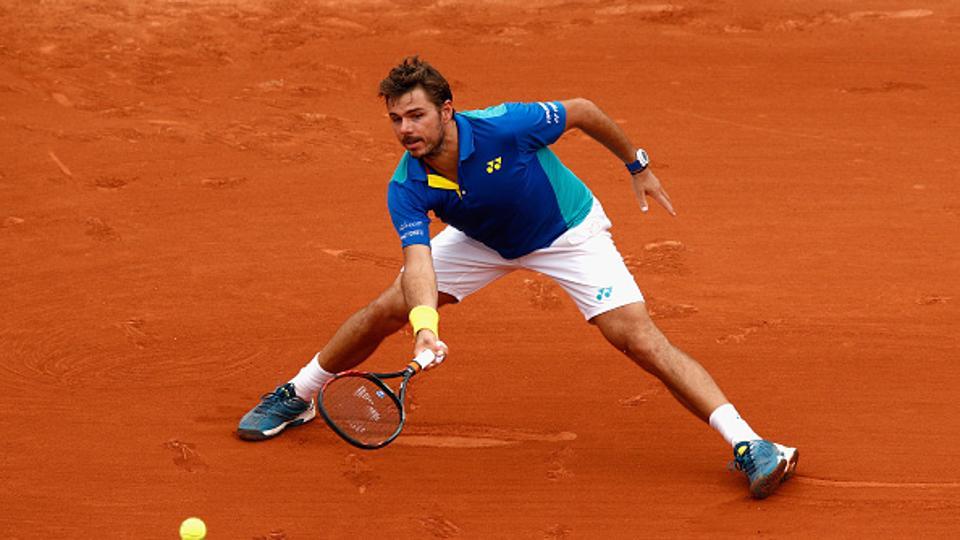 Ukraine’s Alexandr Dolgopolov made former French Open champion Stan Wawrinka work hard for his 6-4, 7-6 (5), 7-5 win and advancement into the third round.

Former French Open champion Stan Wawrinka posted another solid performance to reach the third round at the French Open on Thursday.

Yet to drop a set at the tournament so far, the three-time Grand Slam champion played aggressively and close to the lines throughout, hitting 45 winners to beat Alexandr Dolgopolov.

“The most important thing for me is the way I play,” said Wawrinka, who beat Novak Djokovic in the final two years ago. “It was a difficult challenge because he is varying and mixing his shots well.”

Dolgopolov made only 18 unforced errors, but Wawrinka played a flawless baseline game, punctuated by some superb shots.

“I think was a really good match. I’m really happy with my game today,” said Wawrinka, who will next take on Italian Fabio Fognini. “I think in general he was playing well. I knew what to expect against him. I needed to be focused on myself.”

The third-seeded Wawrinka moves into the third round in Paris for the 10th time and has yet to drop a set during his 2017 Roland Garros campaign. He’s trying to become only the third man in the Open Era to win three or more Grand Slam titles after turning 30 (also Rod Laver and Ken Rosewall).

Wawrinka has now won six matches in a row after winning the Geneva title on Saturday. “I think here I’m playing great tennis, so we’ll see. It’s only been two matches, so it’s a long way to go if you want to stay here until the end. So that’s what I’m focusing on, trying to do the right thing match after match, and we’ll see what’s going to happen,” Wawrinka said.

Much of the focus in Paris has been on Wawrinka’s peers, including fourth seed Rafael Nadal, who’s going for his 10th Roland Garros title; defending champion Novak Djokovic, who’s been joined by new coach Andre Agassi for the first time; and top seed Andy Murray, who’s trying to turn around his clay-court season. But Wawrinka doesn’t mind.

“For me, it doesn’t matter if we talk about me or not. I’m No. 3 in the world. I won three Grand Slams the past three years. I know what my level is, I know what I can do,” Wawrinka said. “I know exactly what I have to do in order to win a Grand Slam… so I just want to remain focused on what I do.”

The 2015 titlist entered the match with a losing 1-2 FedEx ATP Head2Head record against Dolgopolov, who was trying to reach the third round at Roland Garros for the first time since 2011 and match his best Paris run. But the two had never competed on clay, and Wawrinka showed his prowess on the red dirt throughout their two-hour and 36-minute match.

Wawrinka broke in the second game and again to end the first set. Both players held throughout the second set, but Wawrinka surged at the end of the tie-break to take a two-set lead.

Dolgopolov, a two-time clay-court titlist, brought his best tennis in the third set, overcoming an early break to be on serve at 5-5. But, with Dolgopolov serving at 5-5 and facing break point, Wawrinka showed the skills that helped him beat Novak Djokovic in the 2015 Roland Garros final.

He fed Dolgopolov a barrage of backhands before smashing a forehand up the line for the break. He served out the match to 30. 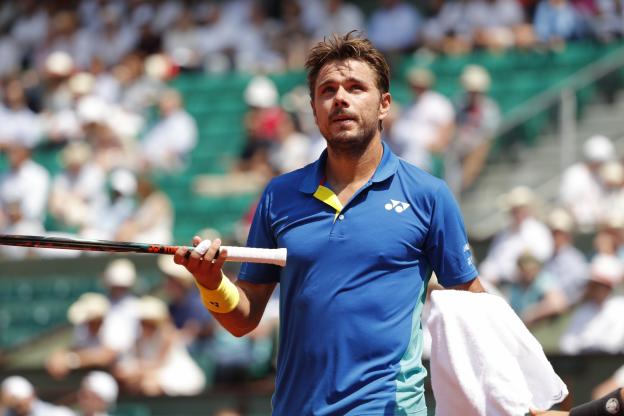 Earlier, Karen Khachanov advanced to the third round of a Grand Slam tournament for the first time by upsetting 13th-seeded Tomas Berdych 7-5, 6-4, 6-4. The 21-year-old Russian had 12 aces against Berdych and set up a big server contest. He will take on No. 21 seed John Isner for a spot in the fourth round. The American player hit 21 aces in his 6-3, 7-6 (3), 7-6 (2) victory over Paolo Lorenzi.

On a sunny day at the clay-court Grand Slam, there was plenty of drama and tears on court 2, where Nicolas Almagro retired early in the third set against No. 29 seed Juan Martin Del Potro because of an injured left knee.

Del Potro, the 2009 U.S. Open champion, also had physical problems on his upper right leg during the match. He won the first set 6-3, then Almagro took the second by the same score, and it was 1-all in the third when the match ended.

Almagro’s left knee was taped by a trainer. Then he stopped playing and rested both hands on his knees and shook his head. Then he held his hands on his head and began crying, before falling onto his back. Del Potro climbed over the net and walked over to check on Almagro.

In the women’s draw, Agnieszka Radwanska won back-to-back matches for the first time since reaching the final in Sydney in January.

Earlier in the clay-court season, Radwanska has missed the Madrid and Rome tournaments because of a right foot injury.

“I have been struggling with my health for a couple of weeks,” Radwanska said. “I only had a week practice, so I am just very happy to be in the third round.”

Among the women also advancing to the third round were No. 5 seed Elina Svitolina and No. 14 Elena Vesnina.