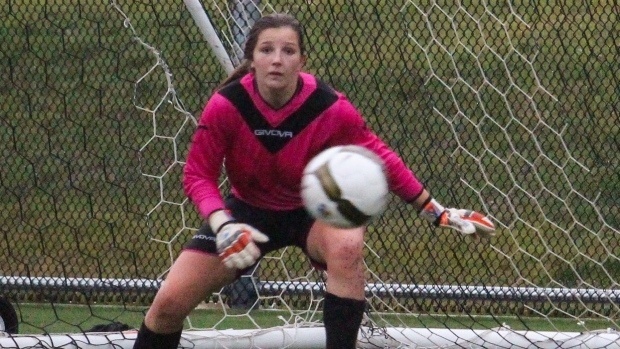 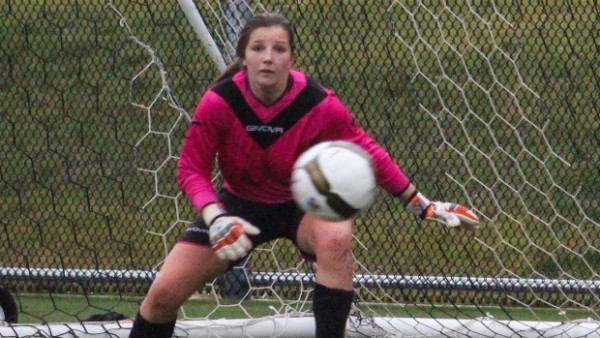 The CBC ran a story about both a young Vancouver Island teen and her mother stuck in a bit of a dilemma. The teen is named Freyja Reed, her mother’s name is Anissa Reed and, according to Duncan McCue writing at CBC.ca, the former “has two great passions: soccer and wild salmon.” Of course, since life just can’t be easy, with those “two great passions” the 14-year old adolescent has been thrown into a situation where her soccer team is being sponsored by Marine Harvest, “the biggest operator of open-net fish farms in B.C.” (CBC.ca).

If you’ll pardon the horrible pun, here’s the meat of the story:

“When Anissa Reed objected to youth teams being branded by a fish farm company, the association told her Freyja could have her fees back and find another club.

Reed says the closest Tier 2 club is over an hour’s drive away. Instead, she reached an agreement with the Riptide that Freyja wouldn’t have to wear Marine Harvest gear, appear in promotional photos, or participate in fundraising activities” (CBC.ca).

However Freyja not having to participate in certain events/activities raised questions from teammates regarding her exclusion. The Reeds also made a Facebook page “created to oppose the Marine Harvest sponsorship” (CBC.ca). The result was a gag order and that caught the attention of a law professor at the University of British Columbia.

According to Margot Young:

“She is being muzzled. To say: ‘You give up soccer or you give up free speech’ is outrageous.”

The problem, however, is that free speech laws in Canada do not apply to sports teams or corporations. I think that means that they can give the Reeds an ultimatum like the one Ian Roberts, a spokesperson for Marine Harvest, gave:

“You can find another program to play in or choose to do a different sport,” says Roberts.

In regard to the first alternative, I think Anissa Reed would object on the grounds of travel expenses and time. She and her daughter live in the Comox/Courtenay area which in itself is an urban area; however it is also a fair stretch between urban centers in those parts.

I’ll get back to that problem but in regard to the second option that Roberts offers, he really does not show any sensitivity to the situation. Freyja is “PASSIONATE” (emphasis added) about soccer and she wants to try and get an education with it. You don’t just drop your passions in life without causing an implosion and Roberts’ remark comes across as both non-chalant and very selfish. For a company spokesperson, you might actually expect better.

Even if you support a “love-it or leave-it” position let’s not forget that we are talking about a 14-year old in this case. You can take this or leave it: when you are supporting people of that age and around it you should be doing so out of pure philanthropy – not to tattoo them with your logo to advance a profit agenda.

I do realize that such an expectation is too much to ask of a corporation however that Marine West are NOT interested in supporting youth soccer should be very clear. It follows that, to the extent that people figure that out, what seems more like an attempt to improve their corporate image by seeming to support youth soccer has failed. In this case they should have just tolerated the dissent, let the 14-year old play without prejudice, and the issue would probably just die. Instead they have managed to come across to Joe/Jane Public as far less dis-likable.

But for young Freyda Reed, I think she’s about to learn that you can’t escape the times you live in. Even if she dropped out of Marine Harvest Riptide and drove an hour away to another soccer club, what if they needed similar corporate sponsorship too? Maybe she can hope for a corporate sponsor that she doesn’t feel directly opposed to but, as she plays more, it would probably just be a matter of time before something else she opposed poked its head into her life.

Now I’m all for bursting bubbles but I still think 14 might be too young to force someone into the world of corporations and their ruthlessness.

“You can find another program to play in or choose to do a different sport,” was a nauseating comment.

I think youth sports in Canada would be better if they were ALL run through the school systems, including the less popular sports. At present a lot of sports are, like basketball, volleyball, and football. However I would like to see all sports grow in schools – with an appropriate increase of funding to support the extra staff/facilities.

But, while that’s the future I hope for, it does nothing to solve a current problem. My message for Freyda would be to just keep playing soccer for Riptide, delete the Facebook account, get that education, and use it to work toward what you believe in. That won’t help you out today but trying to escape the times you live in won’t help either and corporate rule over top of youth sports – and a lot else – seems to be unavoidable right now.