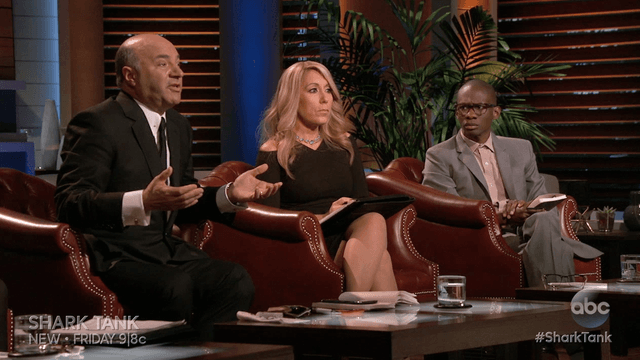 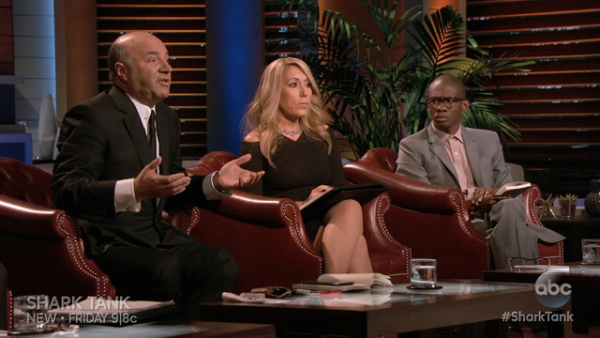 This week’s episode of Shark Tank welcomed established entertainment and music executive Troy Carter as a guest shark. Troy joined Kevin O’Leary, Daymond John, Lori Greiner and Mark Cuban, as they welcomed a new set of entrepreneurs to the tank.

So here are this week’s pitches:

CEO Bryan DeLuca and his partner enter the tank in their underwear, in order to highlight their product – unique and playful socks offered through a subscription payment model. Their company, Foot Cardigan, offers an extensive line of socks for anyone aged three and up.

The customers don’t actually pick out which socks they get, as the company ships out a surprise pair on a specified basis. The company’s description boasts, “You don’t get to choose what pair you get! Think of it this way: you get to play the sock lottery and win every time. Our scientific sock selection process guarantees an instant conversation starter will always be conveniently located just below your knees.”

The company has already established itself with over $900,000 in sales, mainly to men and during the holiday season. Damon is the first to offer at $250,000 for 22.5%. Next, Kevin comes in at $250,000 for 15%. Lastly, Cuban emphasizes that he wants to help the company grow and not worry about paying back his investment. This peaks the entrepreneurs interest and they settle a deal with Cuban and Troy Carter at $250,000 for 20%.

Valpark Mobile is a phone app that specializes in offering a prepaid valet service. Wayne Johnson, who wanted to expand the market for valet services by offering consumers a way to pay in advance and not be restricted to paying cash, created the app.

Unfortunately, all of the sharks were hesitant to invest in Wayne’s company, as they believed it would be difficult to scale. Troy Carter is the first to drop out, but both Cuban and O’Leary quickly follow. Lori explains that she would have to take at least 30% of his company to actually get excited about the deal, but she knows that wouldn’t be fair so she drops out.

Therefore, Wayne walks out of the tank without a deal.

Owners Adam Teague and Tim Paslay came into the tank with their company, Two Guys Bowtie Company. Their company offers consumers wooden bowties, hats and the ability to customize their accessories. They impress the sharks when they reveal they made almost $500,000 in sales in one year and have an incredible track record when it comes to shipping and craftsmanship.

O’Leary is the first one to put up an offer. Kevin says he is willing to give them the $150,000 they are seeking for 15%. Fashion-guru Daymond John is also interested in the company, but says that since he has a lot of connections and experience in the field, he feels the right deal would be $150,000 for 20% with a 10% royalty until his investment is paid back. Meanwhile, both Greiner and Cuban praise the company but drop out.

The guys immediately show interest in getting Daymond in on their company. They ask Troy Carter if he would be interested in joining in with Daymond. However, Troy says he will only go in for they give up 30% equity. They end up negotiating and closing a deal with only Daymond at 17.5% with a 5% royalty until his $150,000 investment is paid back.

Nerdwax is a no-slip glasses product that was created by Don Hejney and is now run by him and his family of 4. The company, which began on Kickstarter, offers a solution to constantly adjusting your glasses to stay properly positioned on your face. The product description states: “Nerdwax is a beeswax based blend of All Natural and Certified Organic Ingredients specially formulated to keep your glasses in place while you live your life.”

The sharks are impressed with Nerdwax’s margins, as they made $65,000 in profit from their first $136,000 in sales. O’Leary shows interest, but says that he would want to drop the current retail price of the product ($10) so that it had quicker turn around. Lori agrees with Kevin, while Mark believes it would be a mistake to lower the price. Meanwhile, guest shark Troy Carter drops out right away.

Daymond advises the enrepreneurs to not take any of the money, as they are well on their way to success on their own. However, this doesn’t stop Kevin from offering $80,000 for 10% of sales till he gets his money back and then 3% stake in the company. Surprisingly, Troy decides to jump back in and offers them an $80,000 loan for $120,000 back and 10% stake in the company.

In the end, the Hejneys decline both Kevin and Troy’s offers and ultimately listen to Daymond’s advice.