Home All News Sports Serena Williams World No. 1 Ranking at Stake in Cincinnati 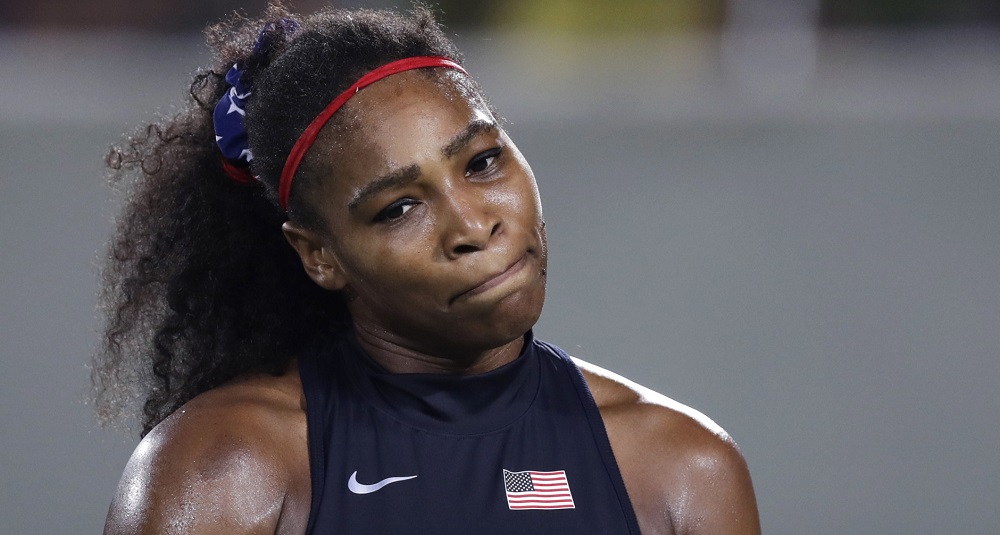 While most sports fans are no doubt more captivated with the 2016 Rio Olympics, there is an emerging tennis story on the women’s tour right now. It doesn’t have anything to do with Rio tennis or Monica Puig‘s surprise run to the gold medal in Brazil. Rather Serena Williams has pulled out of WTA Cincinnati with an injury, one that has made her vulnerable to an imminent ranking slide. By Monday, the WTA could have a new World No. 1 if a certain pesky German player claims the Cincinnati title.

In regard to the American’s injury, Williams claimed that her shoulder continues to bother her:

“I’m very disappointed I’m not able to compete in the Western and Southern Open in Cincinnati as I was really looking forward to defending my title,” she said. “My shoulder inflammation continues to be a challenge, but I am anxious to return to the court as soon as possible.”

Serena’s current stay on top of women’s tennis dates back to February 18th, 2013. However, Angelique Kerber is currently within striking distance with the direct results from Cincinnati this week. The German is currently in the round of 32 in the draws, she’s five wins away from the title, and she will need all of those wins to claim the women’s World No. 1 ranking on Monday. Should Kerber withdraw from the tournament or lose at any stage, Serena would remain the world No. 1 for the time being.

The thought of getting the World No. 1 ranking without having to beat Williams directly must be invigorating for Kerber. However, the German was in the gold-medal final just days ago in Rio. Often players, even the high-ranked ones, that enter a tournament without much time off following a deep run aren’t able to compete well in the following tournament.
For example, it should come as no surprise that Petra Kvitova, the bronze medalist in Rio, also pulled out of Cincinnati (right leg). Following her efforts in Rio, she must have felt that she would be risking too much in contesting the Cincinnati draw.

Despite Williams pulling out, I’m a little skeptical of Kerber’s chances in Cincinnati. I think Simona Halep, who shares a draw to the final with Kerber, is a player that looms large instead. Halep was among the contingent of athletes that skipped Rio over Zika fears, and she should be fully rested for Cincinnati as a result. Should Halep and Kerber meet in the semifinals, I have the Romanian as the favorite.

However, with Serena being a fixture on top of the women’s game for so long, it certainly is a major development that there is a possibility that she might lose her grip on the World No. 1 ranking. She is also just two weeks away from tying Steffi Graf’s record for most consecutive weeks on top of the world. Currently, Serena is 184 weeks into her current reign while Graf held the top spot for 186 weeks. Just a one-week slip up resets the active streak back to zero, so Serena’s chances of breaking Graf’s record really do hinge on Kerber faltering in Ohio.

Other players in the mix for the top spot are Garbine Muguruza, Halep, and a slumping Agnieszka Radwanska. However, Kerber is the only player who can supplant Serena with the direct results from Cincinnati this week. Other players would have to focus on multi-tournament results with the 2000-ranking point US Open scheduled to start before the end of August.