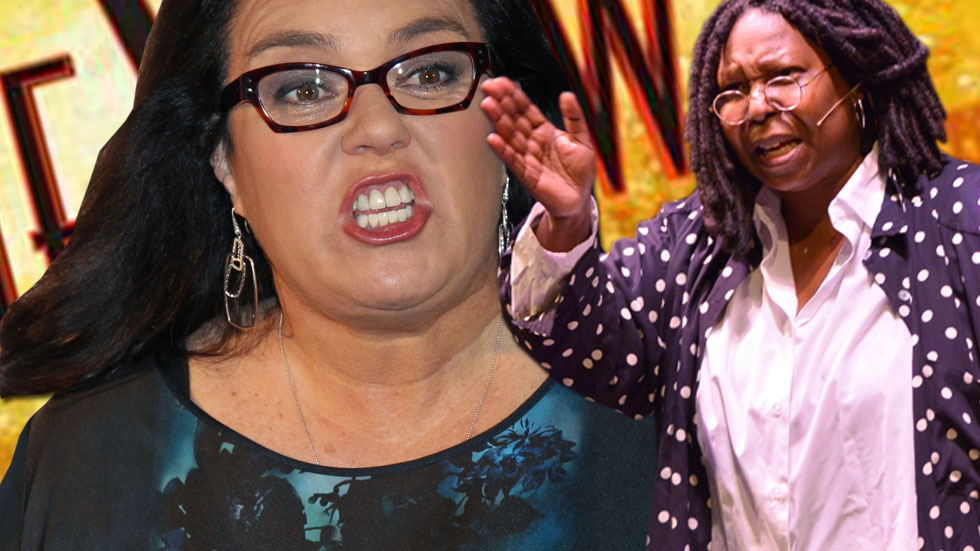 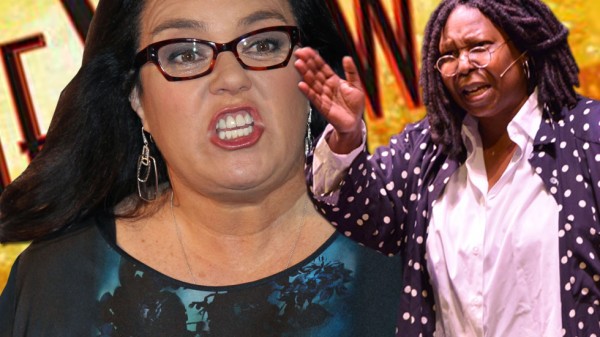 Though it used to be that the majority of the rumbles the ladies of The View had with each other were on camera, now they are spilling over to off camera moments. Most of these moments have involved co-host Rosie O’ Donnell, who has long had a reputation for being difficult on the set.

To keep the show on track each of the ladies is supposed to wear an earpiece so that they can hear cues from the director. However, Rosie O’Donnell refuses to wear one during broadcasts and, therefore, is unaware when the hosts are being told to cut to commercial. This led to Whoopi Goldberg having to cut her off in order to signify the commercial break.

Upon the beginning of it Rosie O’Donnell recently picked up a live mic and stated for the studio audience to hear that Whoopi hurt Rosie’s feelings by cutting her off. Goldberg then reportedly snapped on O’Donnell, telling her that she doesn’t listen and that Goldberg is fed up with it. Co-host Rosie Perez then stated that Twitter was going to blow up with news of the on-set feud between the two.  A View spokesperson has since gone on record as saying that the two simply had a disagreement, but worked it out between them.

Other media outlets have reported that prior to the start of the current season of The View there was already drama between Rosie O’Donnell and Whoopi Goldberg as both ladies wanted their seat on the show to be the coveted moderator’s chair. Ever since Rosie O’Donnell left The View the first time and Whoopi Goldberg came in, Whoopi had been sitting in the moderator’s seat. Rosie O’Donnell reportedly took issue with this and tried to demand the seat back now that she had returned as co-host. Whoopi Goldberg refused to give O’Donnell the seat back and even shot down her proposal that the two alternate who gets to sit in the moderator’s chair on a weekly basis. This drama between the two ladies has reportedly caused Goldberg to want out of the four year contract she recently signed with The View.

The media loves these kinds of stories and several outlets have reported tension between co-hosts of The View. Before the current season of The View started media outlets were already reporting tension between the hosts during rehearsals for the show. At the end of August, OK Magazine reported that the co-hosts were even getting producers involved in their spats. An article in the magazine stated that Rosie O’Donnell feels like Whoopi Goldberg thinks she is better than the other co-hosts and that Whoopi Goldberg feels that Rosie O’Donnell is rude and self -centered. An alleged source close to the hosts has even reported that the producers have been forced to smooth over arguments between the co-hosts.

This is Rosie O’Donnell’s second round of serving as a co-host on The View, as back in 2007 she was a co-host of the show. At that time she was reportedly loudly and aggressively clashing with former The View co-host Elizabeth Hasselbeck. This is when the media first began to bash Rosie O’Donnell for her actions both on set and off set. Since then they have reported on many incidents between the ladies of The View.

The NY Post recently published an article highlighting the five biggest on air disagreements between the co-hosts and Rosie O’Donnell was involved in two them, while the others involved Whoopi Goldberg. Their number one moment was the argument O’Donnell had with Elizabeth Hasselbeck over the war in Iraq. This argument turned so nasty that at the time co-host Joy Behar was said to have begged producers to cut to a commercial break. However the staff in the control room was so intrigued by the argument that they let it continue. The other major meltdown between Elizabeth Hasselbeck and Rosie O’Donnell involved the topic of partial birth abortions. Though co-hosts Joy Behar and Barbara Walters tried to reason with Hasselbeck their efforts fell on deaf ears.

The Network Wants It

Viewers may have wondered why the drama Rosie O’Donnell has caused and is still causing for her co-hosts hasn’t been addressed and nipped in the bud by the network. The answer is that network executives supposedly love the drama surrounding scuffles between Rosie O’Donnell and Whoopi Goldberg because it gets the show more attention and compels an increasing number of people to watch it. An insider has even stated that the producers brought Rosie O’Donnell back because they knew she would cause controversy. According to this insider O’Donnell has made no secret of the fact that she intends to stick with The View for a long time to come and that she feels she is the show’s most important co-host and always will be.

What This Means For Rosie O’Donnell

Rosie O’Donnell had a fairly successful career performing stand up and acting in TV and movies prior to joining The View. It’s sad that chances are good that after she is gone the thing she will be remembered for most is causing controversy, drama and petty squabbling between allegedly mature and educated adults. Is that the legacy Rosie O’Donnell wants to leave behind? It seems to me as if she isn’t making a career out of her talents but rather her desire to cause drama and stir the pot. After all these years of working her way up from the very bottom I find it disheartening that she would throw that all away in the name of stating her opinion no matter how harsh it may be or how much it may anger, confuse or hurt people. Rather than being remembered for the creative projects she has been a part of she has already cemented a reputation for herself as someone who is rigid, inflexible and difficult to work with. Such a long journey to fame didn’t need to turn so sour.