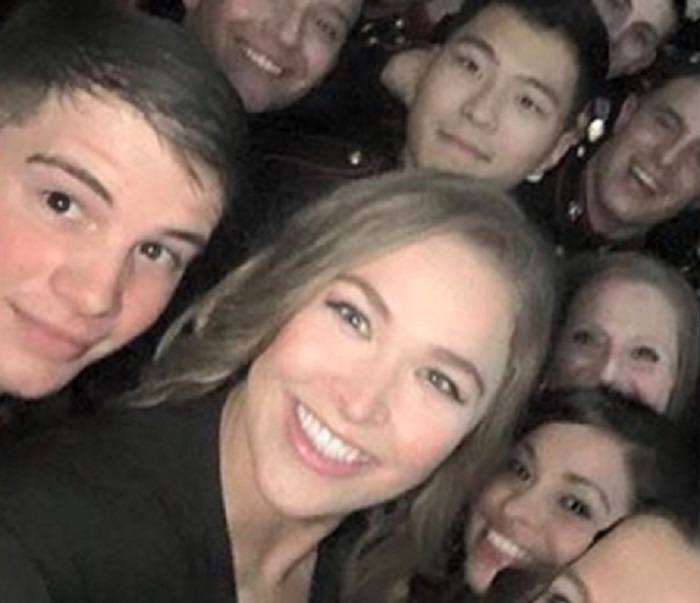 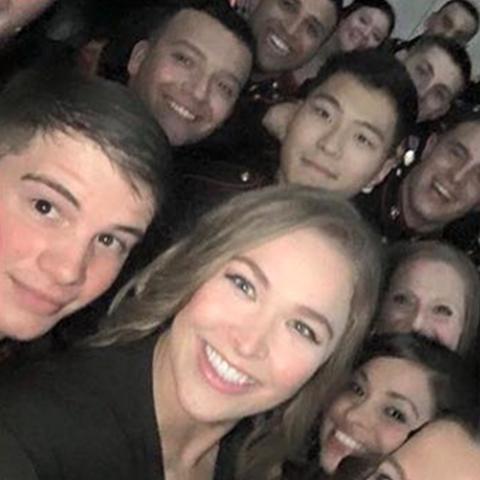 While UFC fighter Ronda Rousey may still be on the mend from her defeat in mid-November, she was able to put her troubles aside as she attended the Marine Corps Ball in South Carolina on Friday.  Back in August, Marine Lance Corporal Jarred Haschert posted a video to his Facebook where he admitted that Rousey was his “celebrity crush,” and asked her to attend the annual ball with him. The Marine admitted that having Rousey attend with him would “truly be making [his] dream come true.”

After the video went viral, Ronda caught wind of the proposal and told media outlet TMZ that she would love to accept his offer.

Unfortunately, since accepting the offer back in the summer Ronda has suffered a huge upset in her record-breaking career. This came about when she was knocked out by Holly Holmes and lost the UFC Women’s Bantamweight Championship title. In addition, this loss also marked the first defeat of Ronda’s UFC career. Following this, Ronda has stayed on the down low and has even publicly admitted she has been rattled by the loss. 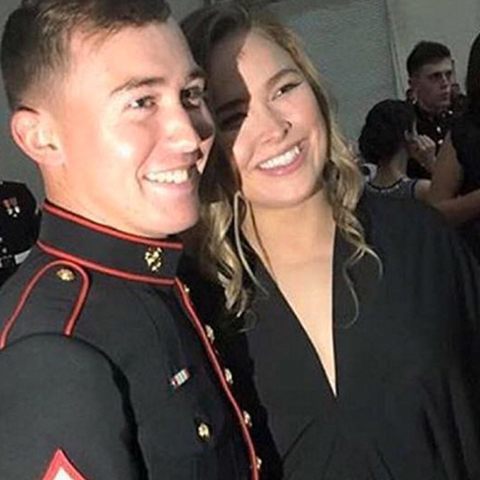 However, leave it up to Ronda to put her intense emotions aside and find strength to keep her promise and attend the ball with Jarred. On Friday, Ronda posted a picture of her and Jarredd, as she glowed in a draped black gown with a plunging neckline. 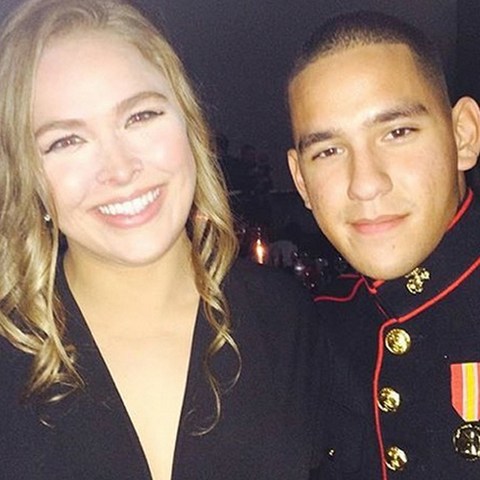 Before Ronda flew out to South Carolina for the ball, paparazzi were able to ask Ronda how she was feeling. In a video captured by TMZ, Ronda confesses she would probably be crying and eating ice cream all day if she didn’t already commit to the ball. Thus, she admits that it is probably for the best that she was somewhat being forced to leave the solace of her home.

Here’s hoping that this is the first step in Ronda’s return to her former confident self. 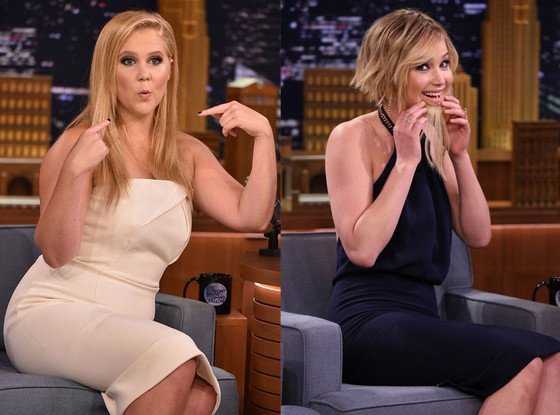 Although good friends Jennifer Lawrence and Amy Schumer may be competing against each other for a Golden Globe, they aren’t letting the award rivalry affect their fun friendship.

While promoting her latest movie Joy, which debuts on Christmas Day, Jennifer Lawrence explained what her criteria is for her Golden Globes look. Lawrence joked, “[Me and Amy] are going to try to [figure it out so that we] wear the exact same thing. That’s my mission. I really want us to wear the same thing.”

Jennifer went on to say that Amy isn’t necessarily in charge of the look they pick. Being the face of Dior Jennifer admitted, “She’s going to have to wear Dior. I’m just going to have Dior make two of whatever they’re making me.”

This year, Lawrence was nominated in the comedy category for her role in Joy, where she played the inventor of the Miracle Mop. Meanwhile, Amy earned a nomination for her lead role in Trainwreck.

Although Jennifer is most likely pulling our leg, it would be pretty impressive to see Amy and Jennifer hit the red carpet in glamorously matching gowns. And since both of these ladies have a sense of humor, it’s not completely out of the realm of possibilities.