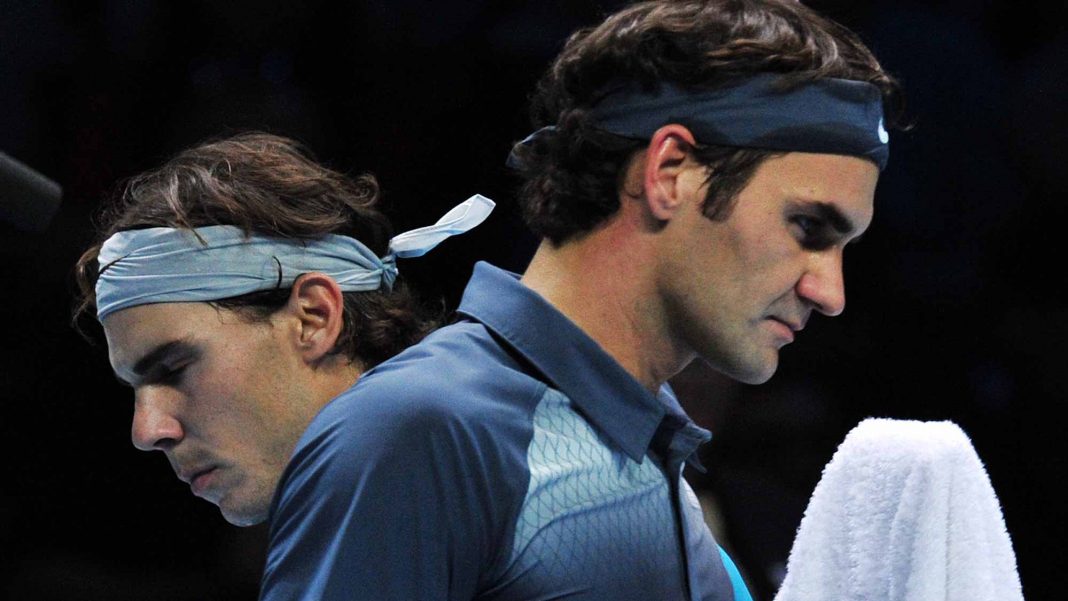 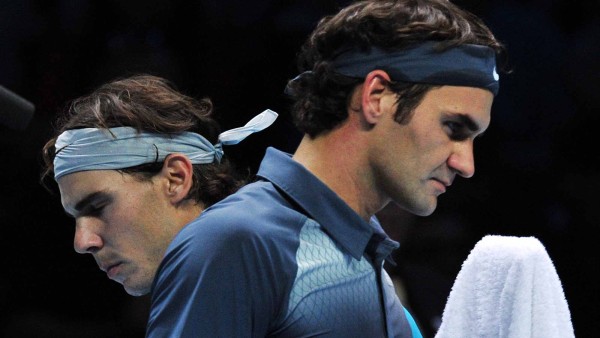 The media, who’ve created the fictional intense rivalry between Roger Federer and Rafael Nadal are all salivating again as the two intensely competitive tennis champions could meet up again. in the semi-finals of the 2015 Mutua Madrid Open after Friday’s draw pitched them both in the top half of the 56-player field. Naturally, we all hope for this kind of match because the two men will fight to the death as Nafael has been trying to overcome his tennis slump and Federer is determined to go out on top although Novak Djokovic seems determined to stay in his number two position in the rankings.

Federer is the top seed in Madrid, the fourth ATP World Tour Masters 1000 tournament of the season, but it will not be a straightforward path for the Swiss. After a first-round bye, the 33-year-old Federer, who is through to the semi-finals in Istanbul this weekend, could face rising Australian star Nick Kyrgios in the second round. Kyrgios is also enjoying success on the clay this week, through to his first ATP World Tour semi-final in Estoril.

The third round could see Federer face Jeremy Chardy, whom he lost to on clay at the Internazionali BNL d’Italia in Rome last year, while 16th seed John Isner also features in that section and boasts a clay-court win over Federer in Davis Cup action three years ago. 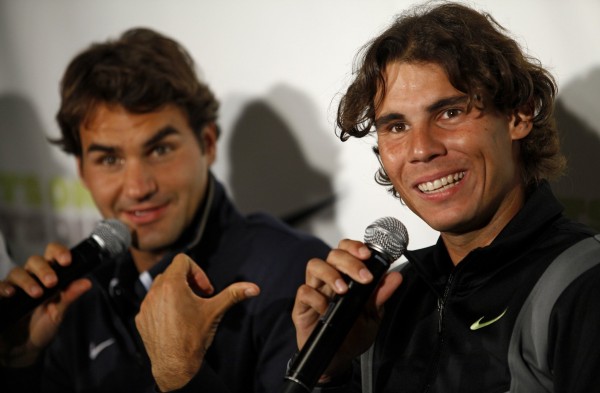 Federer, who is chasing his 24th ATP World Tour Masters 1000 crown next week, is seeded to face No. 6 Tomas Berdych in the quarter-finals. Berdych was present at Friday evening’s draw at the Caja Magica after starring in the event’s Charity Day alongside David Ferrer, Fernando Verdasco, Serena Williams and Caroline Wozniacki. The 29-year-old Czech finished runner-up at the Monte-Carlo Country Club last month and lost to Federer in a tight three-set final in Madrid three years ago.

The third-seeded Nadal is looking to win the Madrid title for the third year in a row, after beating Stan Wawrinka in the 2013 final and Kei Nishikori last year. The Spaniard comes into Madrid eager for a return to top form after a shock third-round exit to Fabio Fognini in Barcelona last week.

The left-hander opens against either Steve Johnson or a qualifier and is projected to meet 15th seed Kevin Anderson in the third round. But before any potential meeting with Federer, Nadal is likely to have to play either eighth seed Wawrinka or 10th seed Grigor Dimitrov, who is competing in the Istanbul semi-finals this weekend. Also in that section is Fognini.

Andy Murray and last year’s finalist Kei Nishikori headline the bottom half of the draw.

Murray, seeded second, opens his campaign against either a qualifier orPhilipp Kohlschreiber and could face 13th seed Gael Monfils in the third round. The Scot, who could play two singles matches in Munich on Saturday as he chases his first ATP World Tour clay-court title, is challenged in his quarter of the draw by fifth seed Milos Raonic and home favourite Feliciano Lopez.

Fourth seed Nishikori enters Madrid in a rich vein of form, having repeated as Barcelona champion last week. The Japanese star has a tricky opening match against either Ernests Gulbis or David Goffin and is projected to meet 14th seed Roberto Bautista Agut in the third round.

There is a strong Spanish contingent in the third quarter of the draw, with seventh seed David Ferrer, Tommy Robredo, Fernando Verdasco andGuillermo Garcia-Lopez all vying for a potential third-round clash with ninth seed Marin Cilic.

Main draw play begins on Sunday at the Caja Magica.