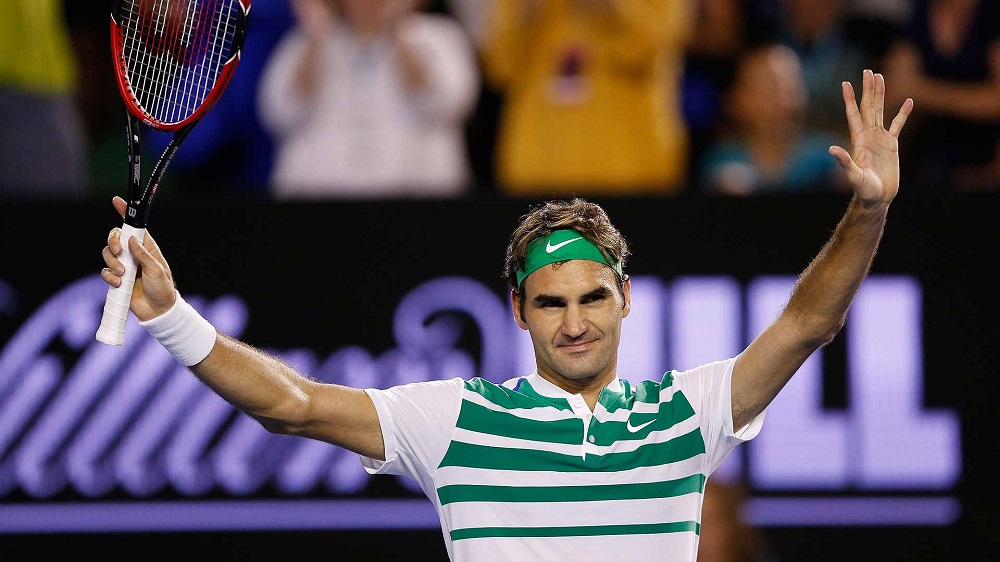 The BNP Paribas Open ended on Sunday, and the respective men’s and women’s titlists in Indian Wells are Roger Federer and Elena Vesnina. Federer defeated Stan Wawrinka in straight sets 6-4, 7-5 to earn the former World No. 1 his second title of this young season. It was also the second time that the Swiss Maestro beat Wawrinka in a big match in 2017, the two players having met in the Australian Open semifinals in January. The women’s final, which was also played on Sunday, went three sets with Vesnina claiming her first title at the specific venue with a 6-7, 7-5, 6-4 victory over Svetlana Kuznetsova.

For Federer, the title will bring him very close to a top-five ranking on Monday. With the 1000 ranking points that comes with winning a Masters Series event, Federer will move up four spots to the World No. 6 position. In doing so, he will surpass all of Jo-Wilfried Tsonga, Marin Cilic, Dominic Thiem, and Rafael Nadal. Milos Raonic, who suffered an injury ahead of Indian Wells, has just a 175-point lead on Federer. If Raonic doesn’t return soon, then Federer will likely climb back into the Top 5 soon, not even three months after returning from a major injury that saw him drift down to the World No. 16 position to start the season.

“What can I say? This has been a fairytale week once again,” Federer said at his post-match interview on court. “I’m still on the comeback.”

The ‘comeback’ that he’s still ‘on’ sees him as the far-and-away No. 1 player on year-to-date rankings. His two titles in Melbourne and Indian Wells bring him 3000 ranking points. With an additional result in Rotterdam, Federer has 3045 total points this season already, almost double that of his closest competitor on year-to-date rankings, Rafael Nadal. There was certainly some luck in Federer’s title as the quarterfinal walkover against Nick Kyrgios likely helped Federer a great deal.

For the women’s champion, Vesnina’s surprise title will see her ranking improve to a new career high. Come Monday; she’ll be the thirteenth-ranked player on the women’s tour. The out-of-the-blue title was just the third of her career and the first of her 2017 season. You have to go all the way back to Eastbourne 2013 to find her most-recent title before Indian Wells 2017, Eastbourne being a grass-court tournament that she won in England. Her result at the BNP Paribas Open could help her qualify for the year-end tour finals. On year-to-date rankings, Vesnina is now the 6th-best player behind Serena Williams, Karolina Pliskova, Elina Svitolina, Venus Williams, and Caroline Wozniacki.

“I was kind of fighting to just stay longer on the court, just don’t give it so easy,” Vesnina said of her struggles to beat the one-time US Open champion. “I was telling to myself, ‘You’re 4-1 down. Nothing to lose. Just fight for each game, try to win every point, and try to deserve every point, because she will not give you anything.'”

The Miami Open is up next for both the men’s and women’s tours. The lengthy event starts on March 22nd for main-draw matches and continues until April 2nd. The short turnaround might make it hard for both Federer and Vesnina to compete following their efforts in Indian Wells. However, both veterans have already proven a lot as the clay-court season approaches.