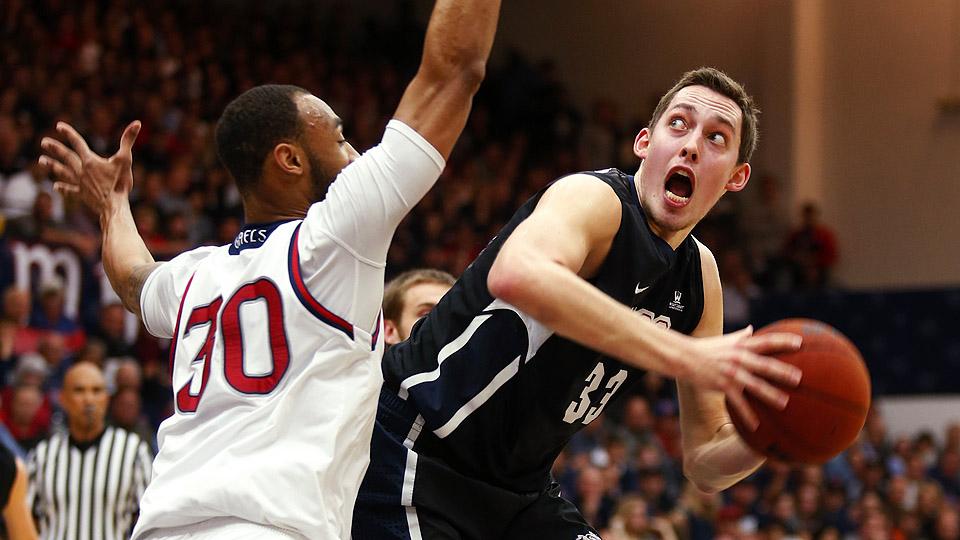 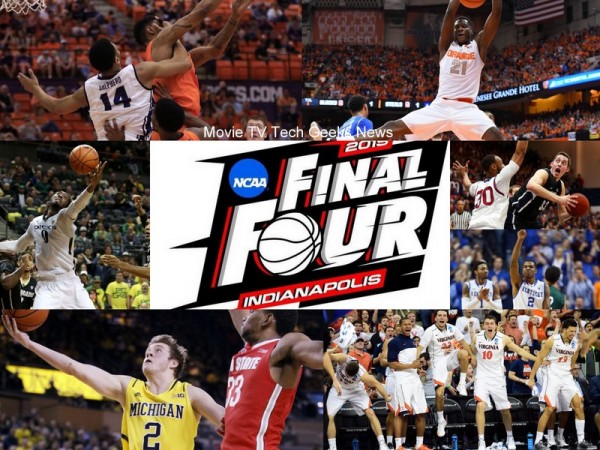 The men’s college basketball regular season is nearing its end. Top-ranked Kentucky is sure to be the NCAA tournament’s No. 1 seed while the rest of the top five or six teams still jockey for positioning. There is still a lot of basketball yet to be played to determine exactly who will make up the final field of 68. Here’s a look at last week’s action. 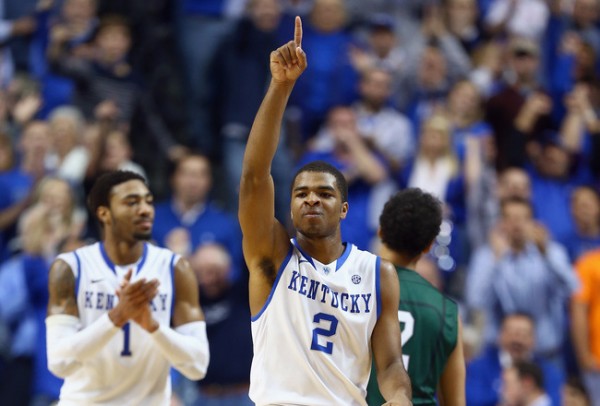 With victories over Tennessee and Auburn, the Wildcats moved to 27-0 on the season with just four games remaining. The Wildcats will face their only test down the stretch from No. 18 Arkansas (22-5). The two teams will meet next Saturday. The Wildcats will finish the season with Georgia and a home game against Florida on Mar. 7. Should head coach John Calipari’s squad win its final four games and finish 31-0, they would match last year’s Wichita State team which became the first team to finish the regular season unbeaten since Indiana did it in 1976. 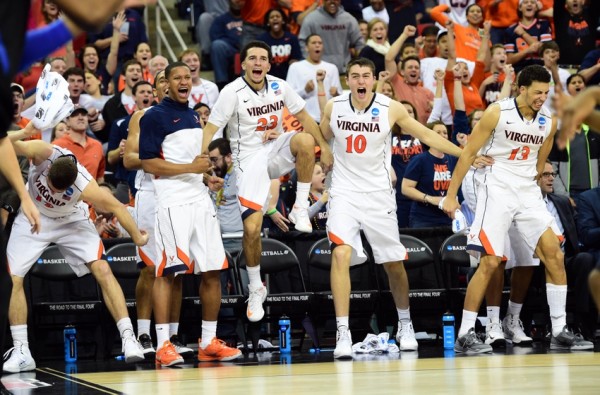 Biggest Challenges For The Wildcats

Kentucky should get past Arkansas and may wind up facing them again in the SEC tournament. Once they get into the tourney, though, there are a few teams that will give the Wildcats a run for their money. Second-ranked Virginia (25-1) recorded wins over Pittsburgh and Wake Forest, holding both teams under 50 points. The Cavaliers are first in the nation in scoring defense yielding just 50.5 points per game.

Virginia’s lone defeat was to No. 4 Duke (24-3), which beat rival No. 15 North Carolina 92-90 in overtime last week. The Blue Devils, unlike Virginia, get it done with offense. Head coach Mike Krzyzewski’s squad averages 80.6 point per game, fifth best in the nation. Duke closes the regular season at Chapel Hill against the Tar Heels on Mar. 7.

Fifth-ranked Wisconsin (25-2) matches up well with just about anybody. Seven-footer Frank Kaminsky does it all averaging 17.7 points, 8.3 rebounds, and 1.6 blocks per game. Sam Dekker (6-9) averages 13.1 points a game and sophomore guard Bronson Koenig has come on strong as of late. Like Virginia, the Badgers play great defense giving up just 55.4 points per game. Wisconsin is big, physical, and can score. 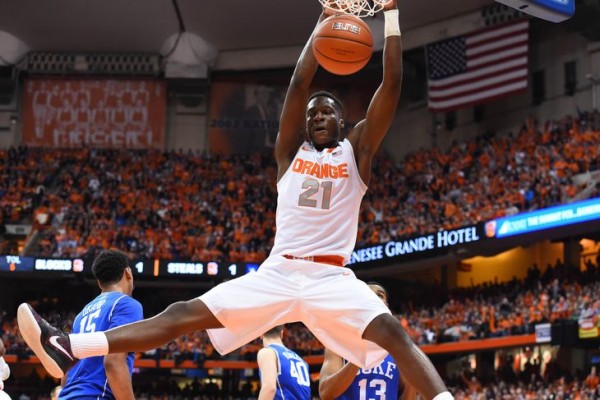 What’s Up With Louisville?

With a 69-59 loss to Syracuse (17-9) early last week, the Cardinals dropped from No. 12 to No. 17. Missing from the loss to the Orange was guard Chris Jones, who was averaging 13.7 points and 4.0 rebounds per game. Jones sent a threatening text to a female who he was involved with. Jones was reinstated for the Cardinals game against Miami on Saturday, a narrow 55-53 victory, but then was dismissed from the team on Sunday. Jones’ dismissal will affect the Cardinals chances come tournament time. 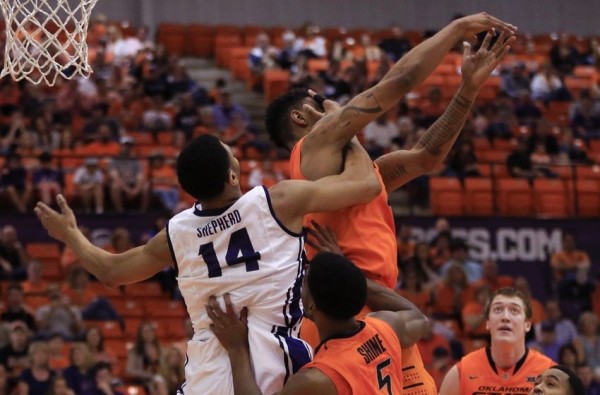 After three losses in four games, the Mountaineers rebounded with two huge wins last week. Juwan Staten scored 20 points and dished out four assists as WVU beat No. 8 Kansas 62-61 on Monday. Head coach Bob Huggins squad followed that win up with a 73-63 victory over No. 22 Oklahoma State on Saturday. The pair of wins moved West Virginia to 21-6 overall, 9-5 in the Big 12. The Mountaineers moved up in the latest AP poll to No. 20. 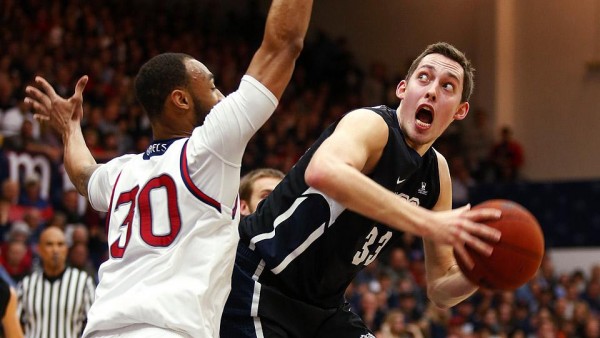 Head coach Mark Few’s Zags won games number 20 and 21 in a row last week. A relatively easy 86-74 win over Pacific was followed by a battle as Gonzaga had to battle back from being down by 17 in the first half to defeat Saint Marys 70-60. The Zags regular season ends this Saturday, Feb. 28, when they host BYU (21-8, 11-5). If Gonzaga can finish the regular season unbeaten and then win the West Coast Conference tournament, they should lock up a No. 1 seed in the NCAA tournament. 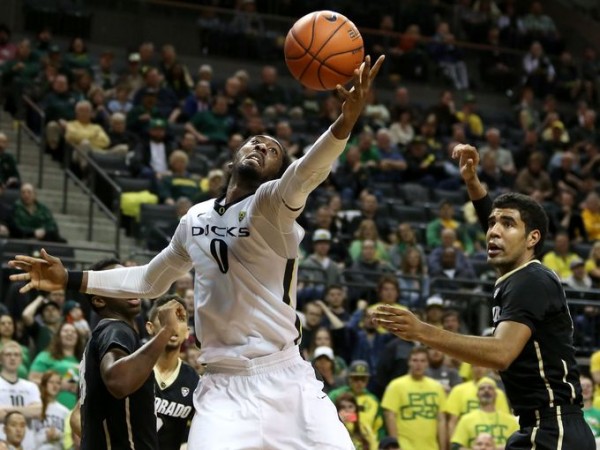 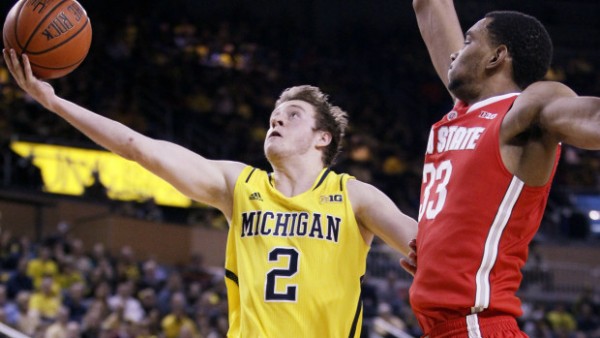 In the Big Ten, Michigan broke a five-game losing streak and upset No. 24 Ohio State, 64-57. Spike Albrecht led the Wolverines with 16 points and five assists. The Buckeyes (19-8, 8-6) took a step backward in their quest for an at-large tournament berth. Ohio State fell behind early, which has been something that Buckeyes head coach Thad Motta has found difficult to overcome this season. Ohio State is 1-8 when they have been trailing at halftime. The loss dropped the Buckeyes out of the latest AP poll.