Home All News Celebrity Gossip RIP Muhammad Ali, the Greatest has left us at 74 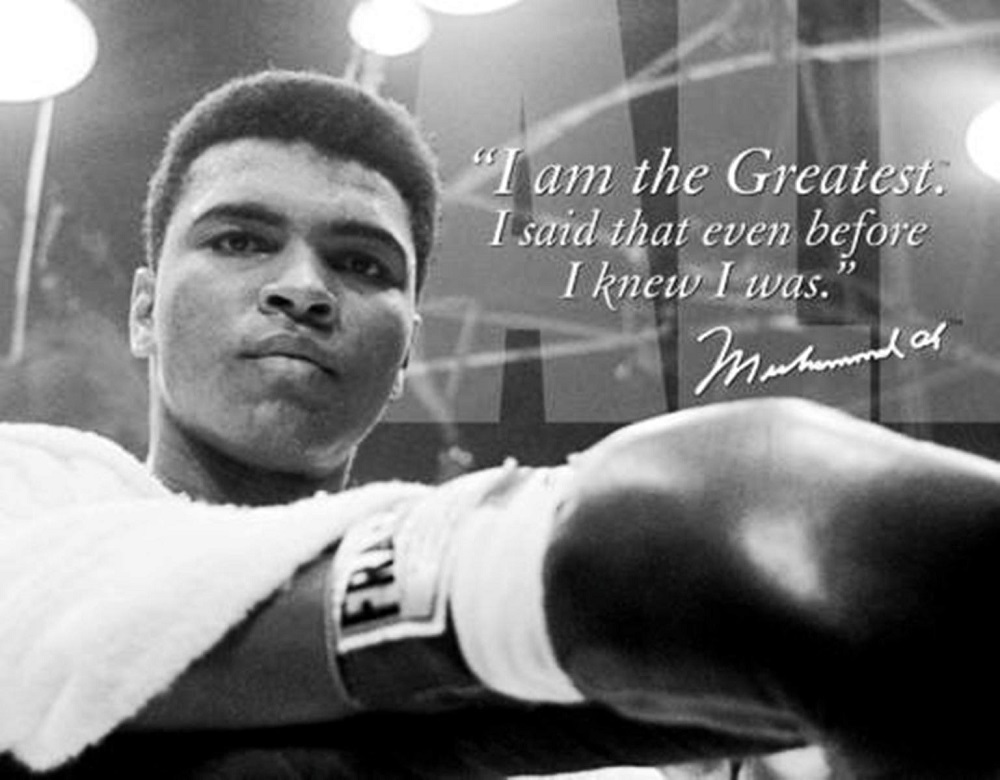 The greatest to ever enter a boxing ring has left us. Muhammad Ali died yesterday at the age of 74, and the world is a little sadder place because of it. For decades, he graced us with his amazingly huge presence. He entertained us not only with his talent but also with his style and his words. There very well may never be another like him.

You don’t have to be a Muhammad Ali fanatic to appreciate his life or mourn his death. This man was nothing short of dynamic. Two of the greatest things I personally take away from his time on this earth are his uncanny ability to pump himself up and his unapologetic allegiance to the civil rights movement.

Ali taught us how to love ourselves. If you don’t think you’re the best, it doesn’t matter if others do because greatness starts in your mind. You have to put yourself so high on a pedestal that nothing can knock you off of it. His reputation preceded him and in truth, many times he defeated his opponents before they even entered the ring because he got into their heads. He never let anyone tear him down. Let us all take a cue from that. If you are having a bad day or aren’t too sure about your life, do a Google search and inspire yourself with his quotes and videos. The man was untouchable. He was infallible. He was one of a kind.

“I hated every minute of training, but I said, ‘Don’t quit. Suffer now and live the rest of your life as a champion.”

A champion he was. Muhammad Ali had guts. He didn’t cower from a challenge, and that’s another lesson we should remember. Ali was everything not because he said it, but because he worked at it. His psychological pep talks, no doubt, gave him the mental fortitude to become exactly what he said he already was- great.

Then there is Ali’s fight for civil rights. He was unwavering in his uplifting of black people. More than that, he was unapologetic about it. I love how he didn’t hold his tongue. His was so confident and matter a fact about it that the white people who challenged his stance had to reconsider their outlook. There were many times in life where he “told it like it is,” but this quote by him has to be my favorite. It’s so poignant and full of truth. 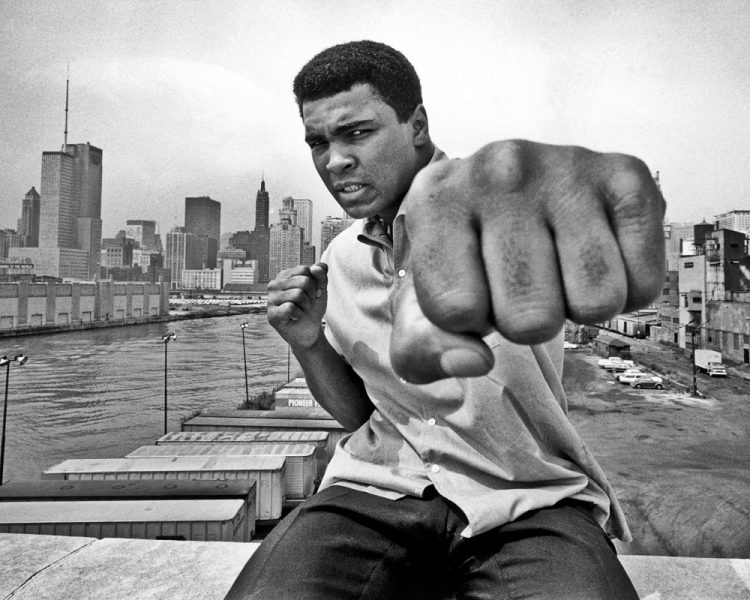 He was a fierce social justice warrior, a lover of people and a defender of those who could not stand up for themselves. He was one of the spearheads amongst black athletes who used their influence to bring awareness and change to the plight of black Americans.

Muhammad Ali is one of the important teachers in life. When you read his words or watch his fights, it puts you into a trance; that man was skilled and at the top of his game. We were lucky enough to share in his passion and genius for 74 years, and I wish to God we could share in his greatness just a little bit longer.

His life is a moving example of excellence, dedication, and unrelenting effort. If there is anyone dead or living by which one seeks to model their success blueprint after, Muhammad Ali isn’t a bad choice. A loyal Muslim (faith), a powerhouse boxer (career), a dedicated father (family) a supporter of minorities on a global scale (humanitarian), his light lit the way to the path of altruism.