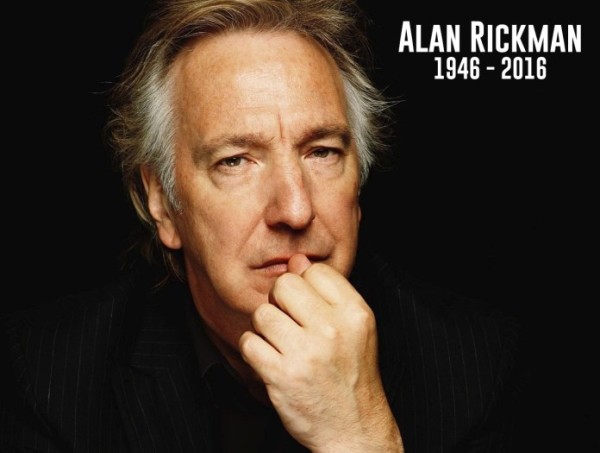 Alan Rickman, another great artist who’s been taken from us by cancer at the age of 69.

British actor and director Alan Rickman, whose films include the Harry Potter franchise, “Die Hard” and “Truly Madly Deeply,” has died at the age of 69.

A statement from his family said: “The actor and director Alan Rickman has died from cancer at the age of 69. He was surrounded by family and friends.”

Rickman won a Golden Globe and an Emmy for TV biopic “Rasputin,” and a BAFTA for “Robin Hood: Prince of Thieves.” He was BAFTA nominated for “Michael Collins,” “Sense and Sensibility” and “Truly Madly Deeply.”

His Hollywood roles included Severus Snape in the Harry Potter movies and villain Hans Gruber in “Die Hard.” He recently completed “Alice Through the Looking Glass,” in which he delivered the voice of the Blue Caterpillar.

He made his directorial debut with 1997’s “The Winter Guest,” which played in competition in Venice, and also directed 2014’s “A Little Chaos,” which ran at the Toronto Film Festival.

Rickman is survived by his wife Rima Horton, whom he married last year. The couple had lived together since 1977.