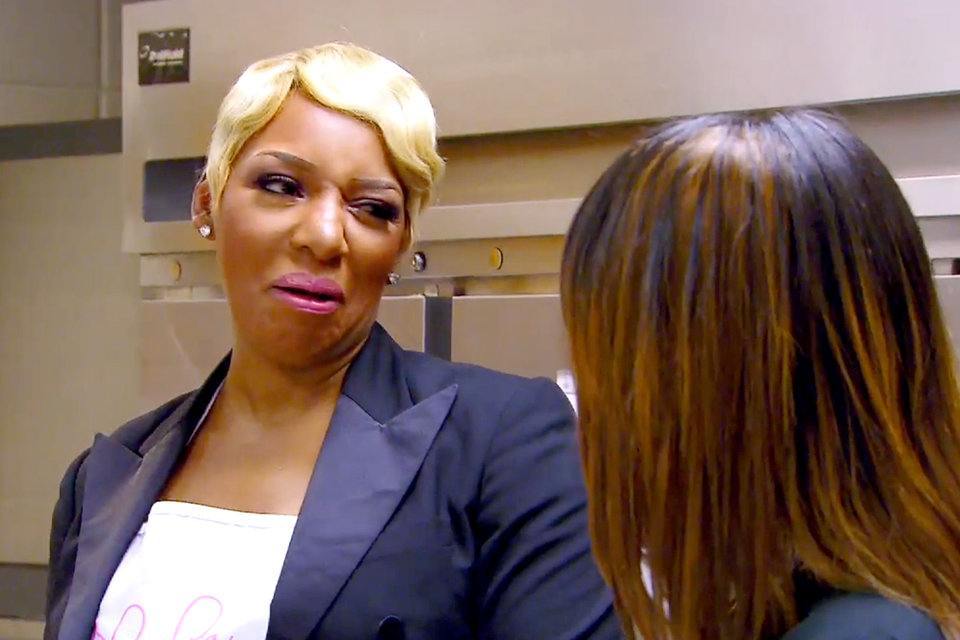 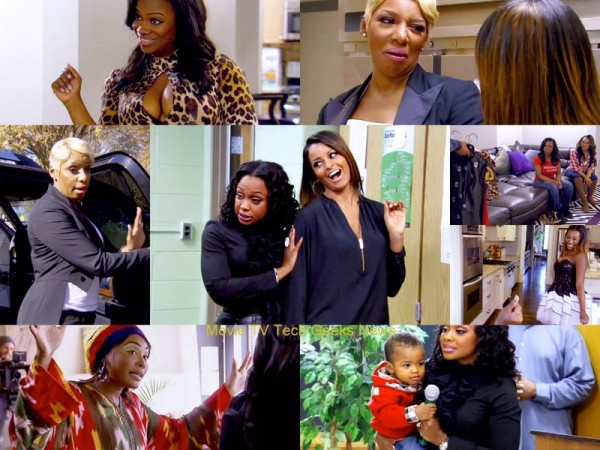 If you remember from last week, the ladies of The Real Housewives of Atlanta continued their “getting along” in Manila. Kandi and Claudia both pointed out the fact that had NeNe been there, things would not have gone as well as they did. Maybe they are right, maybe not. 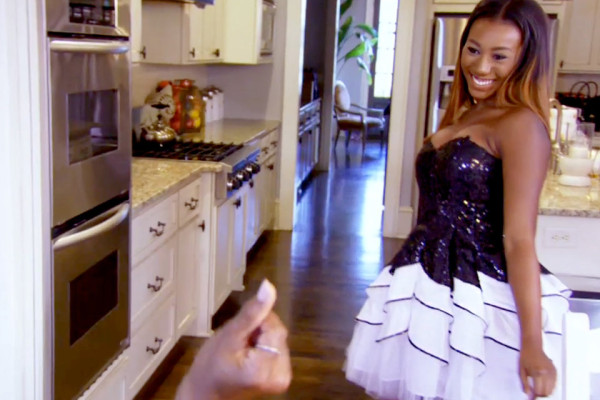 This week, the girls are back in Atlanta and we see Cynthia at home helping her daughter Noelle get ready for her first homecoming dance. Kenya also comes over and they help Noelle pick the perfect dress and the perfect walk.

Then we see NeNe, Greg and Brent, their 15-year-old son, in New York. They eat at a nice restaurant and Greg asks his wife if she is ready for the show. She says that she is but she’s not. I just wonder what the producers who hired her were thinking in the first place. I mean NeNe Leaks is fine for a reality TV show but to be a leading lady…. I ain’t too sure on that one. 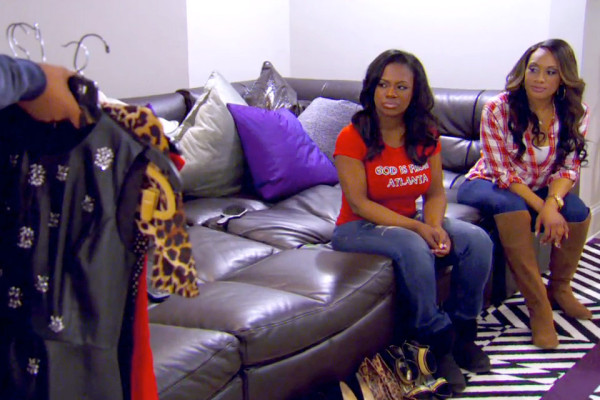 Kandi meets with her stylist to get her ready for her “date” with Todd. This will be the first time since the trip with the girls that they will see each other and she is hoping, of course, to score at the end of the night. One of the things I will say about Kandi, while she seems to be a little more level headed about who to deal with in the group, she does not know when to shut her mouth about her marriage. She gives entirely too much away about her sex life with Todd and it is just not a good look. There are some things you don’t tell the whole wide world. Aint no wonder you are having trouble. 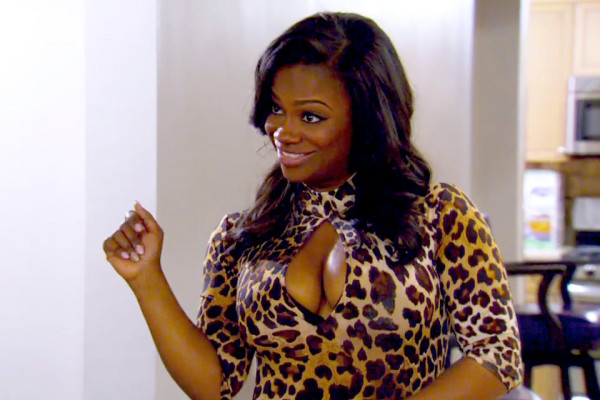 She picks a dress  (a sexy leopard body con) for the date and they meet up. They have some awkward moments in their conversation like they are on a first date and they have some hard conversations. One in particular being about the distance they have in their marriage. She asks him if he still wants a baby and he proceeds to tell her that his show got picked up for another season and he says that he has to be away for another block of time. He says that with his schedule, “I’m not going to be able to be there all the time… who has time for a baby?” He then tells her that he has to be in L.A. for another month and half and suggests that she comes with him. She protests because of her daughter and he tells her to figure it out.

Phaedra Parks is back in the house and she speaks with her assistant about her experience in the Philippines. Being there, she met a woman whose children does not have their father in their lives and that makes her think about all the other kids who only have one parent which made her feell less bad about her boys growing up without Apollo. This prompts her to call her friend David Johns to arrange a rally or some kind of event centered around encouraging black boys. Well isn’t that sweet.

Cynthia consults with Peter to see if he can help her with Jamaican accent since he is Jamaican and she needs to learn how to sound at lease somewhat believable. From what we saw on the episode, she has a long way to go.  She also tells him that they have been invited to Phaedra’s charity rally 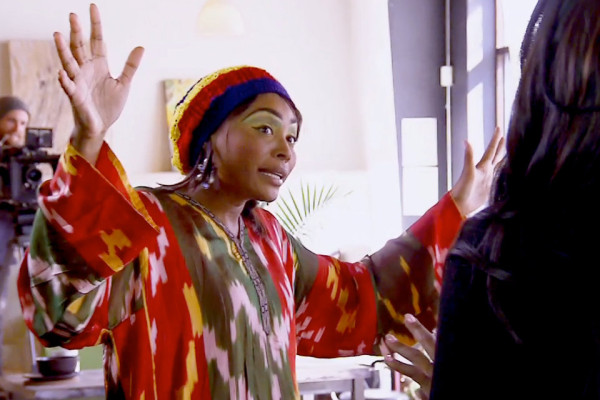 We see Kenya on the set of her pilot show, Life Twirls On and she is defiantly the star in EVERY SINGLE WAY. If nothing else though, she is about her business and that is commendable. Cynthia shows up to do her Jamaican accent for Kenya and her friend is no t feeling it. Me neither Kenya. Why didn’t she just get a REAL Jamaican? Anyway, they go ahead and film her scenes and it eventually all works out. 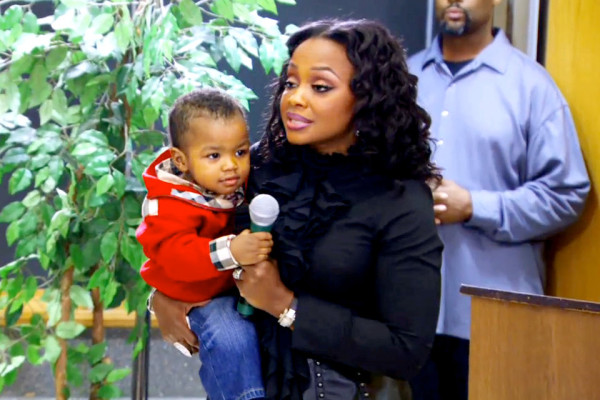 On the day of Phaedra’s black boys rally, NeNe shows up to help out her friend and volunteer right along with the other RHOA. “I am doing this for the kids… I came to Atlanta JUST for Phaedra’s event.” She really has no interest in seeing, speaking to or dealing with the other girls “at all.” 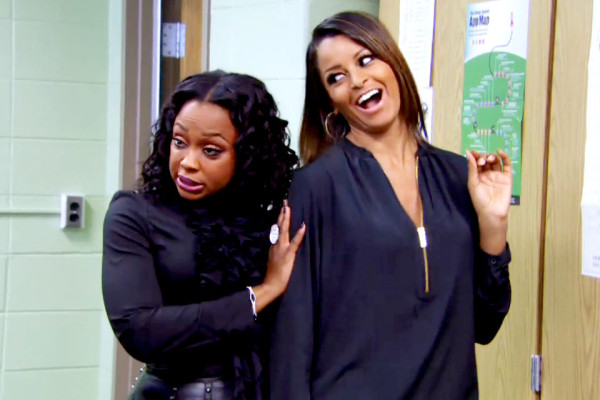 Everything is going fine until Claudia says something to NeNe (while they made plates) about how she stormed out of the session with Dr. Jeff. Why did she do this? 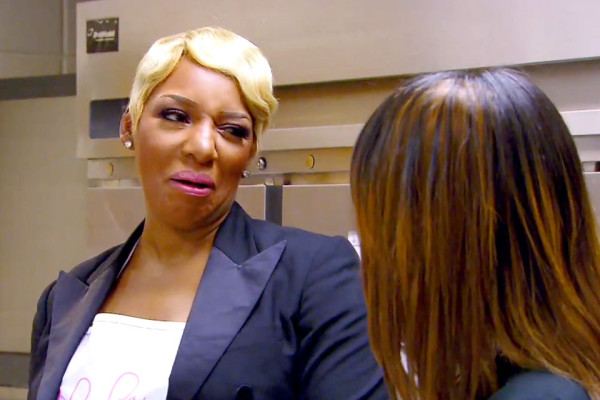 For the record, I am usually all for Claudia and her peacemaking ways, but bringing up what happened at a charity event is not the business. She started it.

NeNe says she thought that the video that was sent to her was phony and Claudia just kept pressing her about “owning up” to her behavior. NeNe tells them that she has moved forward and then Cynthia jumps in. NeNe proceeds to just ignore everything they have to say and Claudia then follows her like a little kid. “NeNe… NeNe…” Thank God Kenya shows up when she does because she probably saved Claudia from an ass whooping. 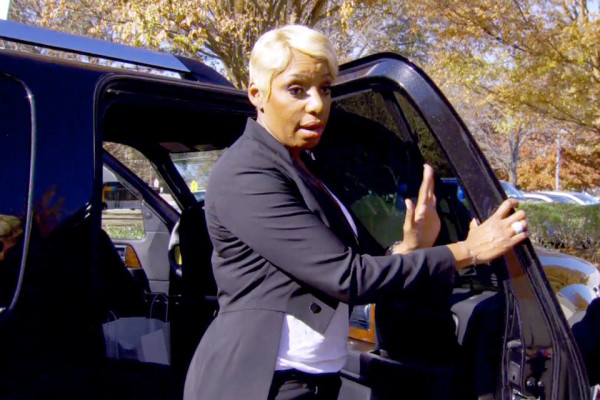 When Phaedra comes in to see what’s going on (they could hear them from the auditorium), they make it seem like NeNe just walked out. Phaedra follows her to see what happened. Back in the kitchen, Team Kenya talks about her and honestly; they just need to leave it alone. There was no need to bring that shit up.

Next week is the season finale and they didn’t show a whole bunch but I am sure it will leave us wanting more. Check out the sneak peek of the highlights from the Real Housewives of Atlanta Season 7 Reunion below featuring lots of fights and tears. NeNe Leakes shoved down anger and hurt looks like it’ll finally burst over when her mother is brought into the subject during the reunion. You can see Andy Cohen’s eyes light up knowing this means ratings and NeNe runs into the arms of her therapist and just loses it. It’s a rare moment, and Bravo is making sure to pimp it out for all its worth!