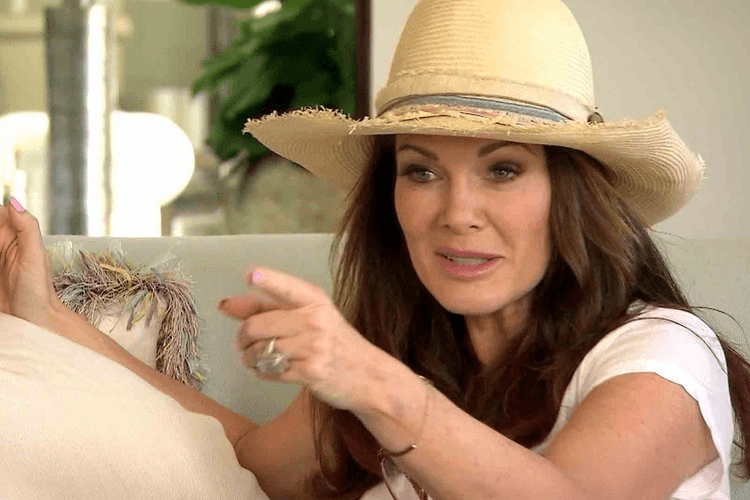 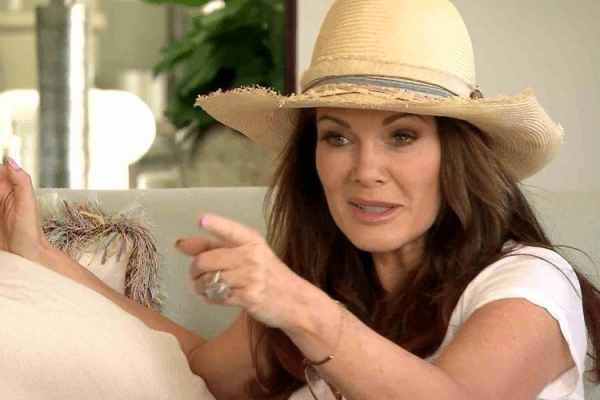 In this week’s episode of Real Housewives of Beverly Hills “Spinning a Web,” the women attend a charity spin class. Meanwhile, Yolanda Foster is looking for a fight yet again, except this time she decides to go after both Kyle  Richards and Lisa Vanderpump.

The episode begins with all of the ladies – sans Yolanda and Lisa Rinna and Eileen – sweating out all of their troubles – and seemingly endless glasses of wine – at a charity spin class (that Kyle’s husband Mauricio organized). At SoulCycle, an “inspiring” instructor tries to whip the housewives into shape – which works for pretty much all of them except Queen Lisa V., who gives up early. Afterwards, the crew all head over to a Mexican food restaurant where Yolanda and Eileen end up joining them. Inevitably, the whole Lisa Rinna-Yolanda drama gets brought up (by Kyle). Initially, Yolanda tries to brush it off and claims that her and Lisa R. are fine, but then she begins getting upset when Kyle continues to whisper about the situation to Lisa V. (right across from her). In confessional Yolanda criticizes the two ladies’ table manners and claims that the first lesson she ever told her children was not to “whisper in a group of women” – what else would you expect from a Beverly Hill’s housewife? Although Yolanda and some of the other ladies try to diffuse the tense situation, Lisa V. and Kyle seem to just want to make it worse. Lisa V. decides to ditch the drama and leaves lunch early. 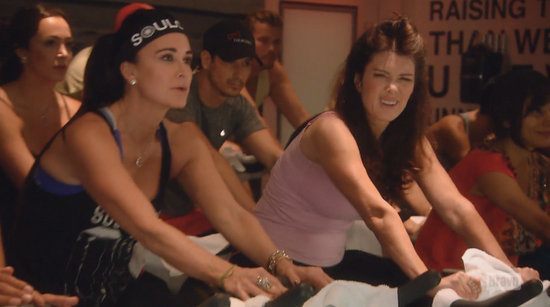 Shortly after, Kathryn tries to bond with Erika by inviting her over for lunch the next day. Here Erika confesses that she hasn’t had many good girlfriends in her life, as she tends to get judged based on her appearance. After Erika opens up about her grandmother passing away, whom she was very close with, Kathryn comforts her and tells her she will be her “first genuine” female friend. Literally seconds after stating how important loyalty is to her, Erika then goes on a passive-aggressive rant about her “friend” Lisa V. First Erika asks what Kathryn thinks about Lisa, in which Kathryn clearly demonstrates her newbie status and half-heartedly claims she thinks she is really nice. However, Erika sees right through this (I think we all did) and goes on to say she thinks Lisa is very manipulative.

Meanwhile, Lisa R. catches up with Kyle. Kyle proceeds to tell her all about the lunch drama that went on after her SoulCycle event. She then reveals that Yolanda sent an email to her that was “basically scolding” her for her behavior at lunch. However, Lisa already read the email as Yolanda thought it would be smart to CC all of the women so that they could see her true feelings. In confessional Yolanda claims that her illness inhibits her from truly expressing herself, therefore, she felt the need to write the email so she could get her thoughts and feelings out regarding Lisa V. and Kyle’s comments.

Eileen, Kyle and Kathryn head over to Lisa V.’s house for yet another dinner party. Not only do the ladies get introduced to Lisa’s new puppy “Schnookie,” but they also get an interactive tour of her backyard wine bar. After the ladies gush over Lisa’s new little pup, they all settle in and begin their routine gossiping. Right off the bat, Kyle brings up Yolanda’s “weird” email. Kyle and Lisa seem to just feed off of each other, as they reassure one another that neither of them did anything wrong, and clearly it is Yolanda who is at fault for all the drama. 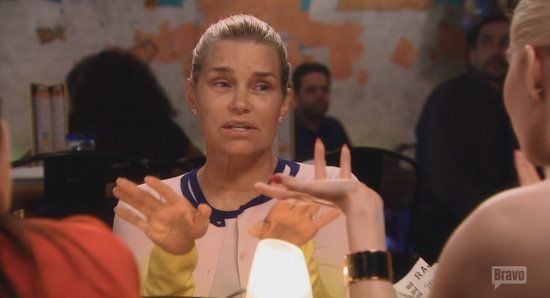 The conversation then shifts, as Kathryn (stupidly) decides to tell Lisa V. about her (supposedly) private discussion with Erika. Kathryn basically tells Lisa V. that Erika told her to pretty much “watch her back,” as Erika feels that Lisa V. is manipulative. Despite not being able to keep her mouth shut, Kathryn does admit that she feels like she is somewhat “ratting” Erika out but conveniently finds a way to justify her blabbing and continues to make Erika public enemy one in Lisa’s eyes.

Fortunately for Erika, Eileen jumps in and begins confronting Lisa – mostly rehashing the situation a few episodes back where Lisa asked Eileen about her affair. Eileen tells Lisa that she feels that she has a tendency to simply “gloss over things” without resolving them. Wide-eyed, Kyle just gazes on as Eileen confronts Queen Vanderpump herself. Kyle bluntly states in confessional, “Eileen – you got balls.” Lisa ends up offering an apology, but Eileen rejects it. Eileen explains that she feels that Lisa is just trying to avoid confrontation. Frustrated Lisa simply states that perhaps her and Eileen will never reach an understanding, and they are just simply wired differently.

Basically, the episode ended off with a whole new mess of conflict within the core group of women.

You can catch the next episode of Real Housewives of Beverly Hills when it airs next Tuesday, March 1 on Bravo.