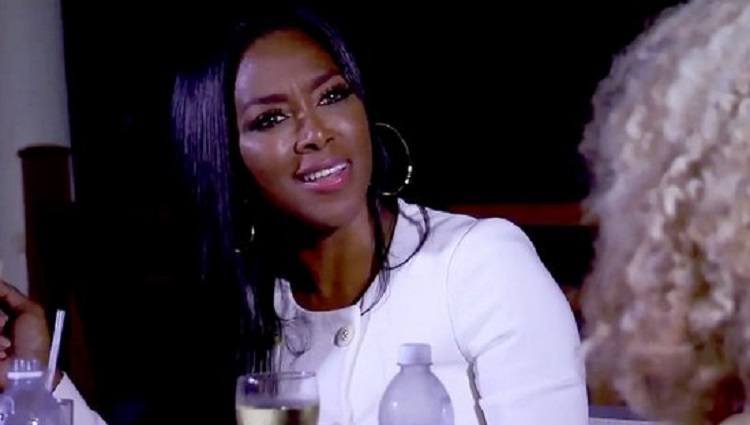 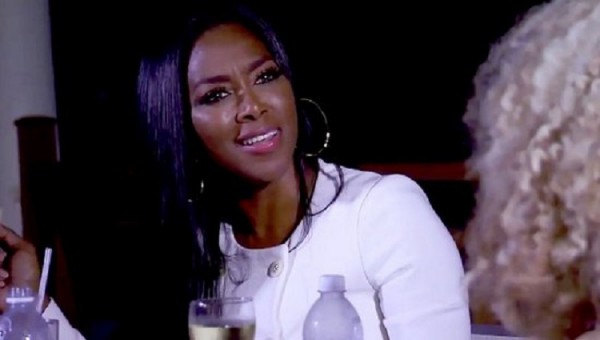 Let me tell you about these women on the “Real Housewives of Atlanta.” They are something else, especially Kenya Moore. To say that this former beauty queen showed her ass is an understatement.

It all started as they made their way to Jamaica. Cynthia and Peter, who really shows up, by the way, plan a trip that serves as a couples’ retreat, sexy getaway as much as it does for the commercial shoot. Everyone is excited to go.

Now, remember when I said it was a kind of sexy getaway, well Kim and her husband Chris bring their children. They also bring their babysitter. I know, I know, why not just let her babysit at home. But according to Kim, they don’t leave the country without their children so to each its own I guess.

The issues with Kim and Kenya, which is one of the biggest storylines this episode, start on the bus. The root of the problem lies in Cynthia choosing Kim’s concept for the video. She also buys into what the vet has to say about producing and directing as she doesn’t “co” anything, which is understandable. Kenya would know that if she, ya know, was REALLY in the industry but she takes issue with that notion and tells her friend, in front of everyone on the bus, that they will talk about it later. Clearly she has some angst with being “assed out” by Tootie.

Once they arrive in Jamaica, Peter greets everyone because remember, he is Jamaican and takes pride in showing his guests a good time. Everyone disperses to his or her suites, and while getting ready for dinner, Kim, Kenya and Cynthia meet about the details of the commercial.

Let m interject here that it is interesting that Bravo chose to build a conflict between these two. I mean I get it, the focus of all reality shows is the struggle between characters, but I wonder why Kenya. It’s either she is the one willing to be petty, or she is truly, organically petty. I have a feeling it’s the latter. But I digress. 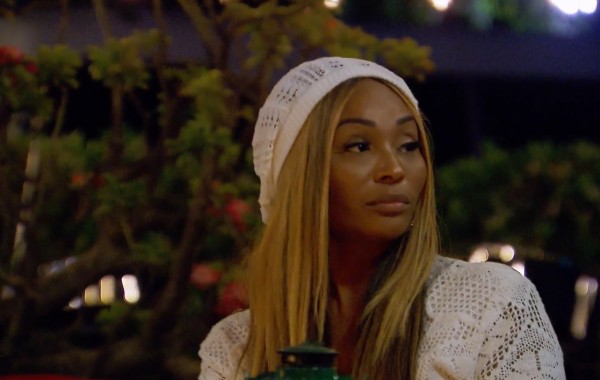 At the meeting, Kenya does not hold back in telling Cynthia how she feels, but she does it in a very condescending, bitchy way. She not only doesn’t look at Kim when referring to her (she keeps her body language toward Cynthia) she says straight out that Kim’s not wanting to “share” responsibilities of the commercial has everything to do with a personal vendetta she has with Kenya.

From there, things get ugly and nasty and just downright messy. Kenya then tells Kim what she thinks of her. She says she looks older than 50 (Kim is 46), tells her that she’s the condescending on and the biggest “are you serious” of all, she questions her credits. Yes, she asks the only woman at the table with over 300 hours of directing why she’s qualified to direct the commercial. By the end of the “conversation,” Kim almost loses it when Kenya tries to pull her chair out (with Kim still I it) under the guise of “helping” her get up so she can leave. Kim is livid and walks off cursing.

My issue with this whole situation, outside of Kenya’s monster meltdown, is that Cynthia does not say anything. I for one would have no issue calling out a friend acting like a total ass, but she keeps silent. And then when Kenya somewhat puts the blame on her and storms off, she still doesn’t say anything. Come on Cyn be more vocal about your girl’s bad behavior.

At dinner, Kenya, who’s companion for the trip, is Matt, still feels a certain kind of way. Kim moves on, well at least on the surface, and tries to enjoy the rest of her evening. Their beef, nonetheless, takes a backseat to the surprise guest no one saw coming to Ocho Rios- NeNe! Your girl is back. 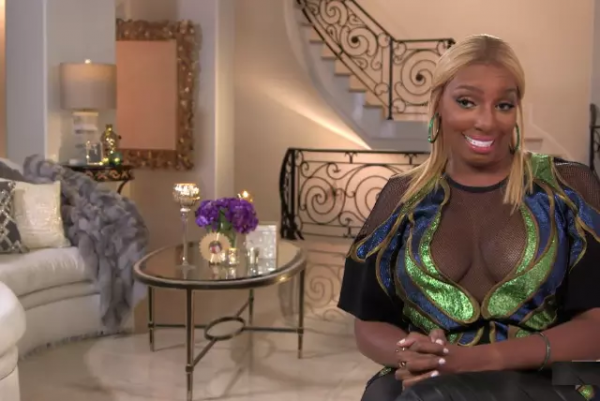 She makes her grand entrance with Greg, and everyone is happy to see her, except Kenya. They give fake pleasantries and right as NeNe sits down, she dives into asking Kenya why she’s not in the commercial. That prompts Peter to give his two cents on the ordeal, which prompts Kenya to go down a whole list of suicidal things she would rather do than sit and talk about the situation. One of which is lighting herself on fire with a lantern, to which Peter emphatically asks someone to give her “a motherfucking lantern.” When Kim begins to explain her side of the story, Kenya can’t take it and walks out.

This is the meat of the show this week, but there were some other storylines I will mention. Sheree brings her ex-husband Bob along as her companion which sparks rumors of them getting back together. According to Sheree, he wants a second chance, but she’s playing hard to get.

NeNe is told by Phaedra, in front of the group save Kenya, that Cynthia and Miss America are besties. In an attempt to explain herself, Cyn says that they are stilling getting to know each other, so not really besties. Either way, it doesn’t sit right with NeNe.

Cyn’s admission prompts Sheree to tell Kenya the next day. Kenya, of course, confronts Cynthia, who says that she was misunderstood. They have a heated discussion about it where Kenya tells her she’s hurt more than anything. Cynthia hears her but doesn’t have time to babysit her feelings because she has shit to do.

This week set up juicy storylines for next week as we see in the trailer that messy Sheree tells Kim that rumors are spreading about her husband being gay.

Ya’ll this may be the episode that Kim loses it. We shall see.