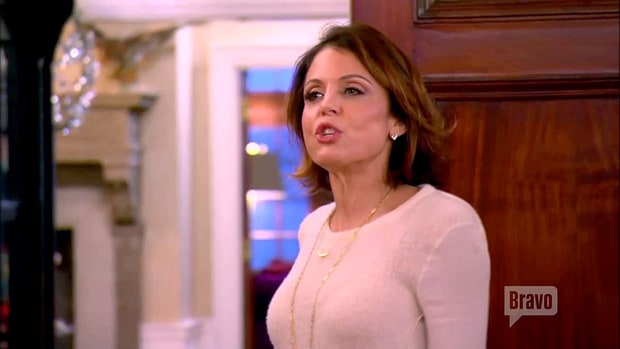 This week’s episode of the Real Housewives of New York, “Unhappy Holidays,” wrapped up the girls’ trip to the Berkshires. Dorinda desperately tries to salvage their weekend getaway, while the drama between Carole, Bethenny and Lu Ann continues.

The episode opened up where last week’s left off, as Bethenny walks in on Lu Ann talking about her to Ramona. Bethenny once again goes off, calling Lu Ann a bunch of names. She tells Lu Ann that she is a hypocrite, as she is nowhere near the well-mannered “Countess” she portrays herself to be. Bethenny goes as far as calling the book Lu Ann wrote about etiquette “comical.” Lu Ann tries to stay strong but after being repeatedly bashed by Bethenny, she begins getting noticeably emotional. However, this doesn’t stop Bethenny from going on another full-blown rampage. She repeatedly advises Lu Ann to just own her reckless behavior – which allegedly includes stealing her friends’ boyfriends and sleeping with married men. Lu Ann sticks to her guns and completely denies all of Bethenny’s unflattering allegations. After what feels like forever, Bethenny begins to simmer down and offers a half-hearted apology for her yelling (but not what she said). The ladies finally move on and have the lasagna dinner that Dorinda had made special for them.

Meanwhile back in New York, Sonja is busy making a care package for her daughter, who is away at school. In confessional, Sonja admits that she is upset that her friends just abandoned her – especially since she is now living all alone and doesn’t have her daughter to keep her company.

Back at Dorinda’s, the women are all gifted personalized wine glasses. Unfortunately, the joyous gift giving session comes to a quick close when Bethenny decides to bring up Lu Ann’s dating history. Bethenny tells Lu Ann that she has a reputation for stealing men, and she uses her current boyfriend, Tom as an example. While Lu Ann swears she was lead to believe that Ramona only went on one date with Tom, both Ramona and Bethenny believe she knew much more than that. Ramona gets involved and recounts a time when Lu Ann completely stole a man away from her after she had already been flirting with them for a while. Even if what the other ladies were saying about Lu Ann were true, they (i.e. Bethenny) gave her a pretty brutal (and relentless) verbal beating throughout the evening.

The next morning Bethenny wakes up all groggy and can’t help but think about everything went down the night before. Bethenny admits that she wasn’t necessarily at her best, as she recalled all of the slurs and names she yelled at Lu Ann. Both her and Carole agree that she said some pretty unforgivable things – however the fact that they were directed at Lu Ann seems to help them justify it (for the most part).

In an attempt to avoid the aftermath of her crazy night, Bethenny decides to gather up all of her things and make a quick dash out the door. With Carole in tow, Bethenny throws a jacket over her pajamas and begins piling all her luggage in her car. Conveniently, Lu Ann catches them leaving and draws attention to the fact that they didn’t say a proper goodbye to any of the other ladies – including the host of the weekend, Dorinda. However, Carole and Bethenny realize that Lu Ann saw them leaving and decide to go back into the house and say goodbye so that Lu Ann doesn’t have another reason to trash them.

With the weekend getaway over, Jules returns home to her husband and two kids. In line with what you would expect from a housewives cast member, Jules confesses that she doesn’t understand how other people live without the help of a nanny.

On the other side of town Carole and Bethenny, the show’s latest power couple, is busy discussing their eventful weekend. They are both relieved that they no longer have to be around Lu Ann. However, they then realize that she will probably be at Ramona’s upcoming holiday party.

Ramona’s party arrives, and it gives the ladies an opportunity to try and mend some of their fractured friendships. Lu Ann attempts to make things right with Carole (yet again), but not surprisingly Carole refuses to fully embrace her olive branch. 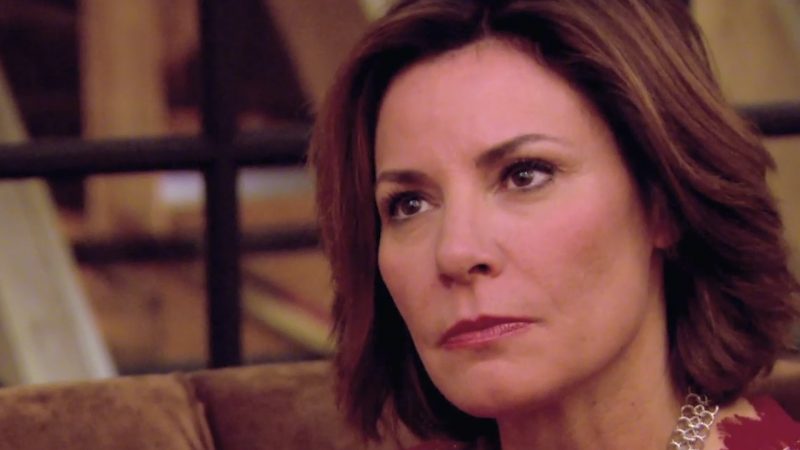 Later on, Lu Ann announces to the other cast members that her and Tom have made their relationship official. Several of the ladies come to an agreement that Lu Ann is moving fast with her new man – which was evidently the case, seeing that the two are already engaged to be married now.

After being isolated from the group, Sonja arrives at the party and is reunited with all of the other ladies. It is revealed that Sonja was texting with a lot of the women while they were away in the Berkshires. Apparently she had been trying to salvage her friendship with Bethenny, while also reprimanding Dorinda for excluding her. Unfortunately, Bethenny decides to leave the party early, which prevents Sonja from being able to patch things up once and for all in-person. With Bethenny gone, Sonja opts to confront Dorinda about all that has been happening over the past week. Dorinda ends up in tears, as Sonja yells at her for excluding her. This takes Dorinda by complete surprise, as she thought Sonja would be thankful that she saved her from Bethenny’s intimidating wrath (which was operating at a whole other level during The Berkshires getaway). Dorinda defends her decision, and she tells Sonja that no one would’ve come if she were invited. Unsurprisingly, this doesn’t go over well with Sonja, and she ends up storming out of Ramona’s bash.

Bethenny invites some of her fellow cast members on a trip to Mexico. Meanwhile, Lu Ann makes a shocking announcement.